Families take sting out of biopics? 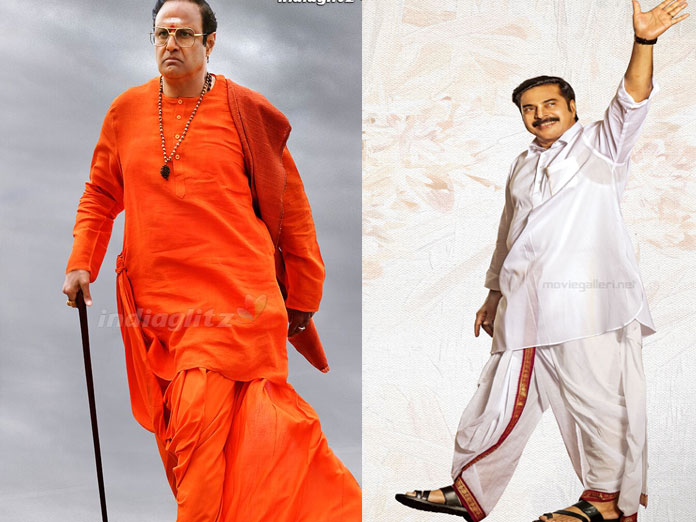 The lukewarm response for two parts of NTR at the box office has triggered lot of doubts around biopics made by family members Earlier, the muchhyped Yatra, a take on exCM YSRs padayatra couldnt set box office on fire, despite drawing critical acclaim and even Mammoottys sterling performance couldnt take the film to the winning post

The lukewarm response for two parts of ‘N.T.R’ at the box office has triggered lot of doubts around biopics made by family members. Earlier, the much-hyped ‘Yatra’, a take on ex-CM YSR’s padayatra’ couldn’t set box office on fire, despite drawing critical acclaim and even Mammootty’s sterling performance couldn’t take the film to the winning post.

“Family members should avoid making biopics of their legendary fathers since the objective angle is missing in the stories,” says director Teja who feels that family members are reluctant to touch ‘grey’ areas, if any, in the legendary personalities and presenting one-sided stories which are unable to draw crowds.

“Even diehard fans of NTR and YSR didn’t turn up to watch their respective leaders onscreen despite getting tickets for free at many theatres in AP,” adds distributor Vishnumurthy.Although the news of Balakrishna making the biopic of his father and iconic actor NTR made lot of buzz during the making, the interference of family members has spoiled the script.

“The writer and director were bombarded with loads of information from family members. Even Basavatharakam’s brother Rukmangandha Rao was flown in to Hyderabad for his inputs. Even people who worked with NTR gave lot of information and director had difficulty in incorporating them. Nonetheless, none was willing to share anything agains the actor-turned-politician.

Resulting, in uni-dimensional projection of legendary actor. The makers wanted to showcase NTR as God-like person by avoiding any kind of conflict in his personal and professional lives, barring his struggling days in a rented room where he stays without food for a few days. Even rejection of him for the role of Lord Krishna and his effort to stand for 20 hours for a trick shot, his smooth-sailing relationship with Vidya Balan, didn’t really excite the audience and looked predictable.

Any story without a conflict point and subsequent drama around it would be hard to sell,” says a director on condition of anonymity. Another biopic that created lot of pre-release buzz was ‘Yatra’ but it didn’t draw in big collections because it didn’t show the enemies of YSR who rose to become the Chief Minister amidst enough competition from within and outside the party.

“Family members of YSR didn’t want any controversy related events in the film and no mention of political rivals either, hence the film turned out to be attempt to glorify the humanist in YSR and showed him as a messiah of poor avoiding hitherto unknown facets of the ace leader,” reasons Ramakrishna.

However, ‘Mahanati’ directed by Nag Ashwin showcased both highs and lows of the life of legendary Savitri. “It is kind of test case that paid off. With no family member involved, the film touched the grey areas and audience lapped it as they felt that story was more realistic and hard-hitting. Later, shunned predictable biopics.”