Elderly continue to suffer despite high net worth value 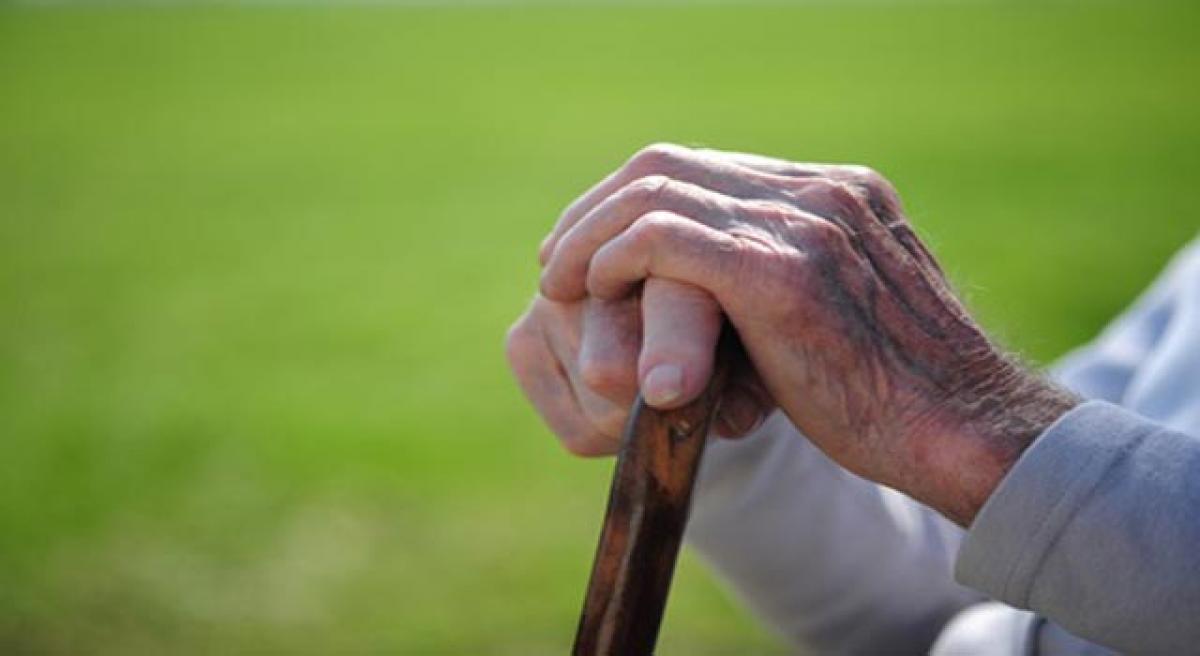 Despite a high net-worth value, older people continue to suffer from medical, social and financial problems, according to a new study. Conducted by city-based Agewell Foundation, the nationwide survey analyses the financial status of old people in India while assessing various aspects related to net-worth value, financial needs and rights of the elderly.

​New Delhi : Despite a high net-worth value, older people continue to suffer from medical, social and financial problems, according to a new study. Conducted by city-based Agewell Foundation, the nationwide survey analyses the financial status of old people in India while assessing various aspects related to net-worth value, financial needs and rights of the elderly. The study, which interviewed a random sample of 15,000 people over the age of 60 years, stated the net worth value of older people increased primarily due to sharp increase in real estate prices over the past two decades.

"46.4 per cent elderly respondents claimed that their net-worth value has increased remarkably in their old age, but they continue to suffer due to the lack of elderly sensitive schemes," it states. The study points out how with high net-worth value, older persons have higher purchasing power, but do not get an opportunity to use it to their discretion, with younger family members often manipulating their decisions.

"That is why in spite of major role and active participation of older persons in country's economy, they are still considered as negligible consumers in comparison to the younger generation," it says. A major reason behind their continued suffering, both medically and socially, is lack of elderly sensitive schemes for senior citizens.

Another finding of the survey reveals that more than half of the population of older persons, particularly in rural areas continue to suffer from financial problems leading to a miserable situation in old age, and about two-third of the older people have to depend on others for their day-to-day maintenance. "65 per cent of older persons undergo financial crisis and they are totally dependent on others for all their financial requirements.

"Most of them are not in a position to earn their livelihood. Their savings, if any, are not enough to meet their day to day, particularly the medical expenses," the study says. It also notes that only 35 per cent of old people are financially independent owing to their savings or properties they have inherited, besides pension which becomes a major source of income.

However, often their families are seen to "exploit them due to their vulnerability." "Financially insecure old people expect social security, free healthcare and subsidies, so that they can lead a comfortable life in old age. Those with sound financial health look forward to risk-free investment schemes, so that they can earn good returns to meet financial needs in old age," says Himanshu Rath, founder of Agewell Foundation.

The study also highlights the immediate steps that are required to help the elderly population in the country. It states that they must be provided coverage under existing and/or new social security schemes, life insurance for more years for financial security in old age, medical insurance to meet increasing medical expenses in comparatively longer old age among others.

69-year-old Om Prakash Purohit from
Madhya Pradesh says, "We are going through a very tough time in our life. Both of us (me and my wife) worked as agricultural labour throughout our working life. "Now we have no regular source of income except paltry old age pension from government. Our children are settled in big cities and hardly support us financially. Due to poor financial condition I cannot afford medicines for my wife."

Other facilities that must be provided include covering of properties, movable/immovable under general insurance schemes, increased awareness about financial planning, dedicated healthcare facilities, particularly in rural and semi-urban areas and government sponsored provisions for financial security of old people.