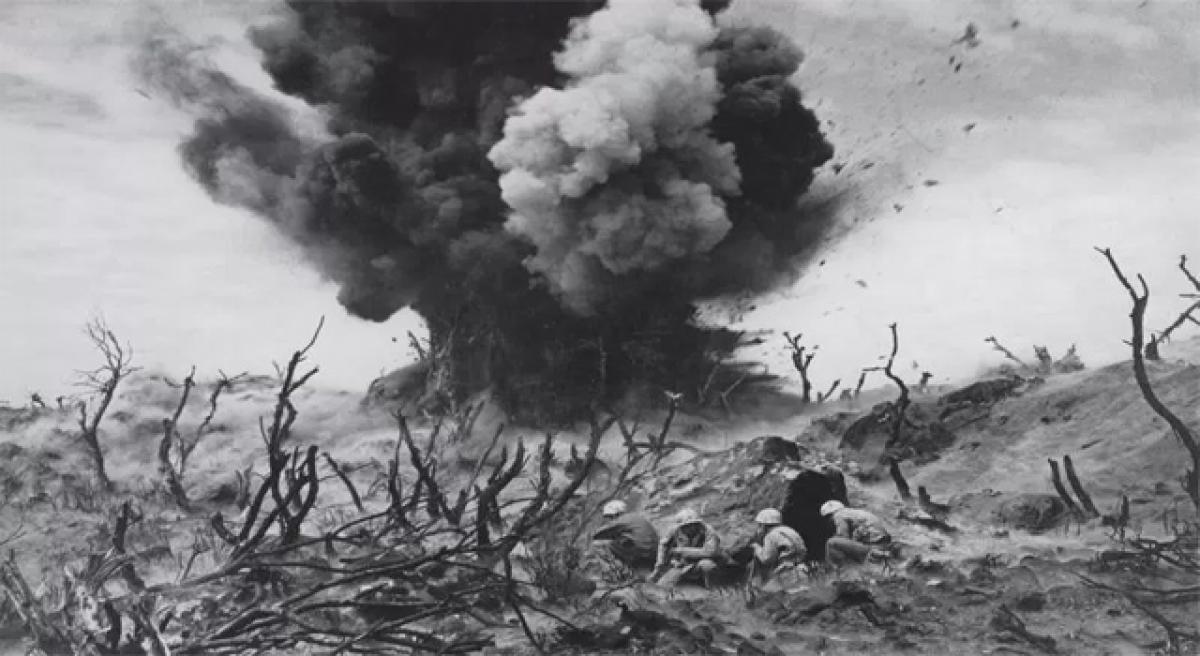 The 20th century witnessed two world wars that broke out due to reasons that could be easily prevented. The cause of the outbreak of World War I was the assassination of Archduke Franz Ferdinand of Austria, heir presumptive to the Austro-Hungarian throne, by a Serbian nationalist in Sarajevo.

The 20th century witnessed two world wars that broke out due to reasons that could be easily prevented. The cause of the outbreak of World War I was the assassination of Archduke Franz Ferdinand of Austria, heir presumptive to the Austro-Hungarian throne, by a Serbian nationalist in Sarajevo.

On July 28, 1914 — only seven days after the Austro-Hungarian Empire declared war on Serbia-Russia — France, England, Germany, and Austria-Hungary fell into an all-out war along with their colonies and allies. With the involvement of the Ottoman Empire in the war within three months, a world war that spread to three continents had started.

The fire of the war was not extinguished for four years. By 1918, when peace was ultimately established, a total of 15 million people had perished. World War II broke out with the German invasion of Poland on September 1, 1939. It took only three days for England and France to enter the war.

England dragged the members of the British Commonwealth of Nations, from Canada to Australia, into the war. Within six months, first Italy, then Japan engaged in the war. Europe, then the whole world, was engulfed in disaster as a result of this war costing the lives of 85 million people over six years.

Today, while addressing these wars, historians talk about various reasons. The ever-ending competitions between countries, imperialism and colonial greed, the personal ambitions of leaders, inflated egos, the interest of military commanders in conquest, turned into a state of murderous frenzy, leaving millions of dead behind.

Perhaps the most important of these reasons was the passion of war that ruled the world at the beginning of the century. Kings, diplomats, presidents, politicians, academicians, authors, and military leaders fell into a mood where they preferred war to peace.

The world was under the influence of this peculiar mass hysteria in the first half of the 20th century. Problems, which could be easily solved through diplomatic channels, were carried on to the battlefield — invasions, border wars, and regional conflicts rose one after another around the world. Peace and diplomacy was swiftly replaced by warmongering.

However, the unbelievable destruction of World War II contributed to an awakening in the world. The major cities for Europe were destroyed; vast swathes of the Soviet Union and Germany had been razed to the ground, and if that weren't enough, two major cities in Japan were obliterated by atomic bombs.

With all this destruction, the world saw that the worst peace is better than the best war, a lesson learned painfully and at ruinous cost not only financially, but through lives lost. Leaders subsequently took remarkable steps in order to avoid the recurrence of wars. International organizations were established one after the other.

The failed post-WWI League of Nations was replaced by the United Nations. Europe founded the European Coal and Steel Community, the precursor to today's European Union, to regulate coal and steel, which are the key products for the armaments industry. Military agreements such as NATO, Cento and the Warsaw Pact united the countries in different camps. The entire world attempted to prevent the outbreak of another global war.

The Excitement of War Came Back
The excitement of war came back suddenly after 1979. The Soviet Union invaded Afghanistan and Iraq and Iran entered into a bloody and unpredictable war. The reaction of the United States to Iraq's invasion of Kuwait was to mass troops in the region.

There was a further increase in this fervor of war in the 2000s: The United States deployed its troops thousands of kilometers from home. The Arab Springs evolved into civil wars and wholesale massacres against minorities escalated.

The whole world, from the Balkans to the Caucasus and from Central Asia to the North Africa, fell into an endless environment of war. More than 5 million Muslims lost their lives within 10 years in the Middle East alone.

The United Nations, the EU, Russia, the Organization of Islamic Cooperation and the international community could not prevent that. "The understanding of seeking justice by means of war instead of diplomacy" has prevailed once again. Nations and communities have decided to administer their own justice by themselves. Making concessions, finding compromise, and making sacrifices for peace are now considered as weakness.

Today, although it has not been clearly named or even really defined yet, we are going through a period as bloody as the years of World War II. A small flame could trigger a new world war at any moment. Due to the Ukrainian crisis, the Syrian civil war and Sunni-Shiite divisions, certain countries have been acting like bombs waiting to explode. However, changing this tide is a matter of urgency.

This is not the time for saber-rattling. There has never been and will never be a winner in war. For instance, the aggressive policies of Saddam Hussein ultimately ensured the occupation of Iraq for years and ultimately led to the de facto division of the country into three parts.

Gaddafi and Assad led not only themselves, but also their countries into destruction, though Assad still clings to power, backed by Russian military support. Any semblance of a normal life is about to come to an end in Syria, Libya, Iraq and Yemen. South Africa is not an exception, and the people there are living wretchedly as the nation sinks into economic crisis and a rising crime rate.

Jamaica, Zimbabwe, Sudan, Colombia, and Thailand were declared"the most dangerous countries in the world" that should not be visited by anyone. The world has no more strength to stand war. Preferring peace to war is a necessity of rationality and good conscience. The warmongers should urgently start considering what they are doing and seek refuge in God for being the ones responsible for the death of millions of people.

The Western world and the Muslim countries have shared responsibilities to achieve world peace. The West should stop responding to every situation conflicting with their interests through invasions, bombardments, soldiers, secret prisons and torture, whereas some Muslim countries should stop seeing those who are not with them as "enemies" and the senseless divisions in the Islamic World must cease at once.

The blood being shed is not that of an Arab, a Kurd, a Shiite, a Sunni, a Christian, an American or a Syrian, but that of all mankind. The priority of everyone in the world — without exception — should be to prevent this madness from spreading and drowning the world in bloodshed.

By:Harun Yahya
The writer has authored more than 300 books translated in 73 languages on politics,religion and science. He may be followed at @Harun_Yahya and www.harunyahya.com