BJP leaves AP in the lurch 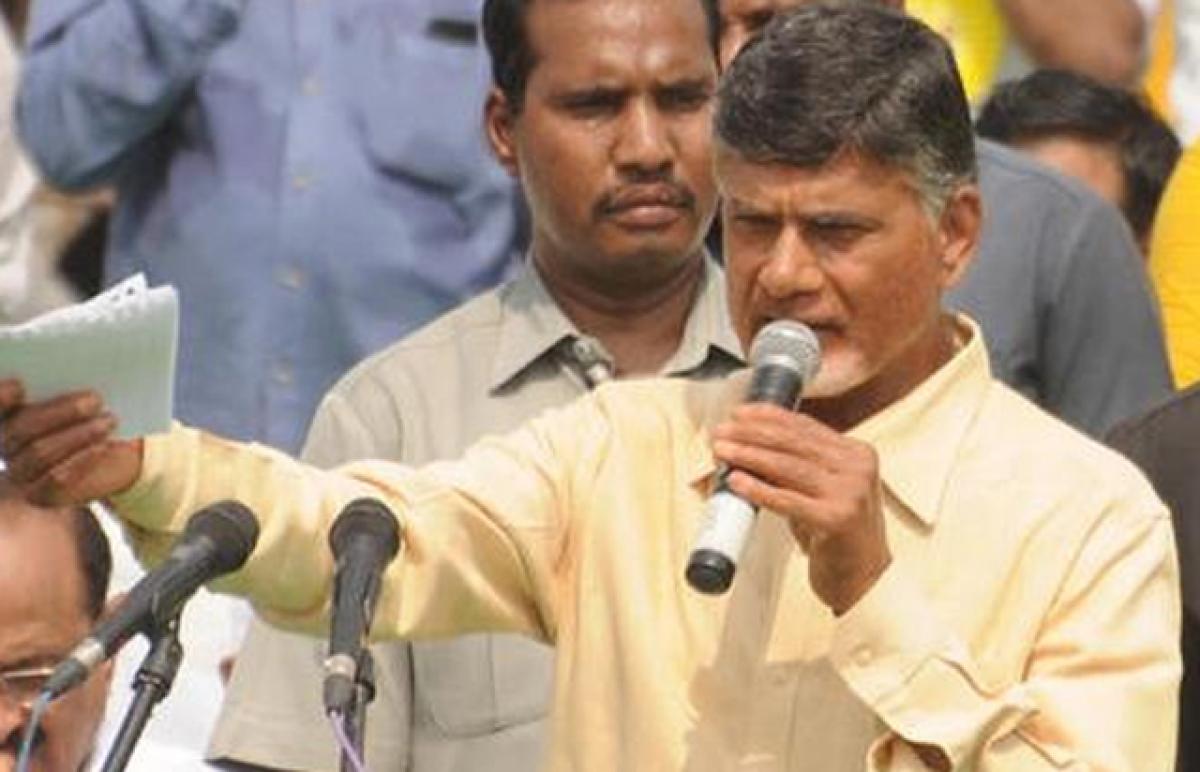 BJP leaves AP in the lurch. Even one year after its promise, special category status still eludes the residuary state of Andhra Pradesh.

As non-viable nature of State finances is also a criterion for granting special category status, Andhra Pradesh would certainly fit into the criteria. The Centre cannot deny this on the pretext of the 14th Finance Commission recommendations as the assurance was made much before in Parliament during the debate on State bifurcation as per the Articles 3 and 4 of the Constitution, which should be considered as a special situation

Even one year after its promise, special category status still eludes the residuary state of Andhra Pradesh. The cash-for-vote allegations that landed Chandrababu Naidu in a tricky situation seem to be casting a shadow on the ambition of the State of Andhra Pradesh for the special status. It may be recalled that the demand for special status did not figure prominently in the first anniversary celebrations of the State formation organised on June 8. Estimates suggest that Hyderabad accounts for nearly 22 per cent of the total revenue of the undivided State. The residuary State of Andhra Pradesh is deprived of this lucrative revenue in the post-bifurcation period. Precisely this was the basis for the demand for according it a special status to help it tide over the financial stress caused by the bifurcation. The loss of Hyderabad has adversely affected the State in multiple ways.

For instance, the undivided State of Andhra Pradesh ranked fourth in the country in terms of software exports primarily due to Hyderabad being the hub of information technology. The efforts to take IT to tier-2 locations like Visakhapatnam, Vijayawada and Kakinada in the pre-bifurcation period did not fructify. Estimates also suggest that Hyderabad accounts for 99 per cent of the total exports of IT and IT-enabled services (IT & ITES) from the two States.

The financial stress imposed by the bifurcation has turned Andhra Pradesh into a deficit state while Telangana remains a surplus state. Meanwhile, the Government of Andhra Pradesh headed by Chandrababu Naidu has ambitious plans including a dream capital. Besides, a slew of populist schemes further cripple the finances of the residuary State. Andhra Pradesh expected a lot from the Centre as the NDA was voted to power in New Delhi.

The State expected liberal financial support from the Centre for capital construction, infrastructural development, special packages for the development of backward areas like North Coastal Andhra and Rayalaseema etc. But, one year of experience left the ruling party in the state which is even an ally at the Centre disappointed. The Telugu Desam Party is not a decisive force at the Centre unlike during the Vajpayee regime. The BJP is also in no mood to yield as it has its own political calculations.

The principal opposition party, the YSR Congress Party seems to be disinclined to wage any political battle over the Centre’s indifference. For obvious reasons, the YSRCP leadership is in personal trouble and any confrontation with the central government may aggravate the situation. The party is also keen on joining the NDA bandwagon if and when TDP withdraws from the alliance. As the All India leadership of BJP seems to be keeping Chandrababu Naidu at bay in the wake of cash-for-vote episode, the task of procuring more help from the Centre becomes much more difficult.

Given this political and economic reality, the promise of special category status assumes special significance. The following is the text of the then Prime Minister, Dr Manmohan Singh’s statement on the Telangana Bill and a special package for the successor State of Andhra Pradesh made in parliament on February 20, 2014:

“…I would like to make a few further announcements in this regard. First, for purposes of Central assistance, Special Category Status will be extended to the successor state of Andhra Pradesh comprising 13 districts, including the four districts of Rayalaseema and the three districts of north coastal Andhra for a period of five years. This will put the state's finances on a firmer footing.

Second, the Bill already stipulates that the Central Government shall take appropriate fiscal measures, including offer of tax incentives to the successor states in order to promote industrialization and economic growth in both the states. These incentives will be along the lines extended to some other states. Third, the Bill already provides for a special development package for the backward regions of the successor state of Andhra Pradesh, in particular for the districts of Rayalaseema and North Coastal Andhra Pradesh.

This development package will be on the lines of the K-B-K (Koraput-Bolangir-Kalahandi) Special Plan in Odisha and the Bundelkhand special package in Madhya Pradesh and Uttar Pradesh. Fourth, I would like to reassure Honorable Members that if any further amendments are needed to facilitate smooth and full Rehabilitation & Resettlement(R&R) for the Polavaram project, they will be given effect to at the earliest.

Our government will execute the Polavaram project– let there be no doubt about it… Sixth, the resource gap that may arise in the successor state of Andhra Pradesh in the very first year, especially during the period between the appointed day and the acceptance of the 14th Finance Commission recommendations by the Government of India, will be compensated in the Regular Union Budget for 2014-15.”

The BJP was the architect of this proposal as the then Prime Minister was responding to the demand of the opposition members especially Venkaiah Naidu for special status to the successor state of Andhra Pradesh. The BJP-TDP combine promised to grant such a special status for period of 15 years if voted to power. The BJP cannot go back on this as it was its demand in Parliament.

Prime Minister’s assurance, that too, during the debate on state reorganization act cannot be simply wished away by the successor government. But, the Union Finance Minister Arun Jaitley said “It is a fact we had promised granting special category status to residuary state of AP, but 14th Finance Commission has recommended against granting the special category status.

We cannot at this stage straightaway decide against this recommendation. We will have to explore alternatives for which we are working. We will give more than what AP would have got under special category status.” Still, the BJP is not giving up the diabolical stand on the issue. The promise of alternate measures is not explicit. The promise made as part of the state reorganization cannot be equated with a normal situation.

The Article 4 of the Constitution makes this clear. The Article 4 says that parliament can take supplemental, incidental and consequential measures at the time of reorganization of a state. The Supreme Court gives a further elaborate explanation in regard to the scope of Articles 2, 3 and 4 in a judgment related to the case – Mangal Singh and Another vs Union of India (17 November 1966) “.

the Constitution also contemplates by Article 4 that in the enactment of laws for giving effect to the admission, establishment or formation of new States, or alteration of areas and the boundaries of those States, power to modify provisions of the Constitution in order to tide over a temporary difficulty may be exercised by the Parliament… “

The UPA government should have included the promise of special category status to Andhra Pradesh in the act itself as the successor state of AP does not normally qualify for it as per the norms. The opposition has also not bothered to ensure such a promise to be included in the act. The present NDA government is not keen on amending the State Reorganization Act to include special status to Andhra Pradesh. The opposition is also not making such a demand. Alas, still the political war of words continues unabated.

The criteria for special status is as follows: hilly and difficult terrain; low population density and/or sizable share of tribal population; strategic location along borders with neighboring countries ; non-viable nature of state finances . Normally, the special category status is given to States with low resource base and which are not in a position to mobilise resources for their developmental needs irrespective of their per capita income. It is true that the residuary State of Andhra Pradesh does not normally qualify for such a status.

But, it was promised because the successor state of Andhra Pradesh would suffer from non-viable nature of finances due to travails of bifurcation. As non-viable nature of state finances is also a criterion for granting special category status, Andhra Pradesh would certainly fit into the criteria. The Centre cannot deny this on the pretext of the Finance Commission recommendations as the assurance was made much before in Parliament during the debate on state bifurcation as per the Articles 3 and 4 of the Constitution, which should be considered as a special situation.