Reform the UNO. Tennyson once said, United Nations is a parliament of nations and federation of man. But, this euphoria did not long last. During the

Tennyson once said, United Nations is a parliament of nations and federation of man. But, this euphoria did not long last. During the cold war, the United Nations was caught in the super power crossfire. The UNO could do precious little when super powers violated national sovereignty the core principle on which this international organisation wrests. 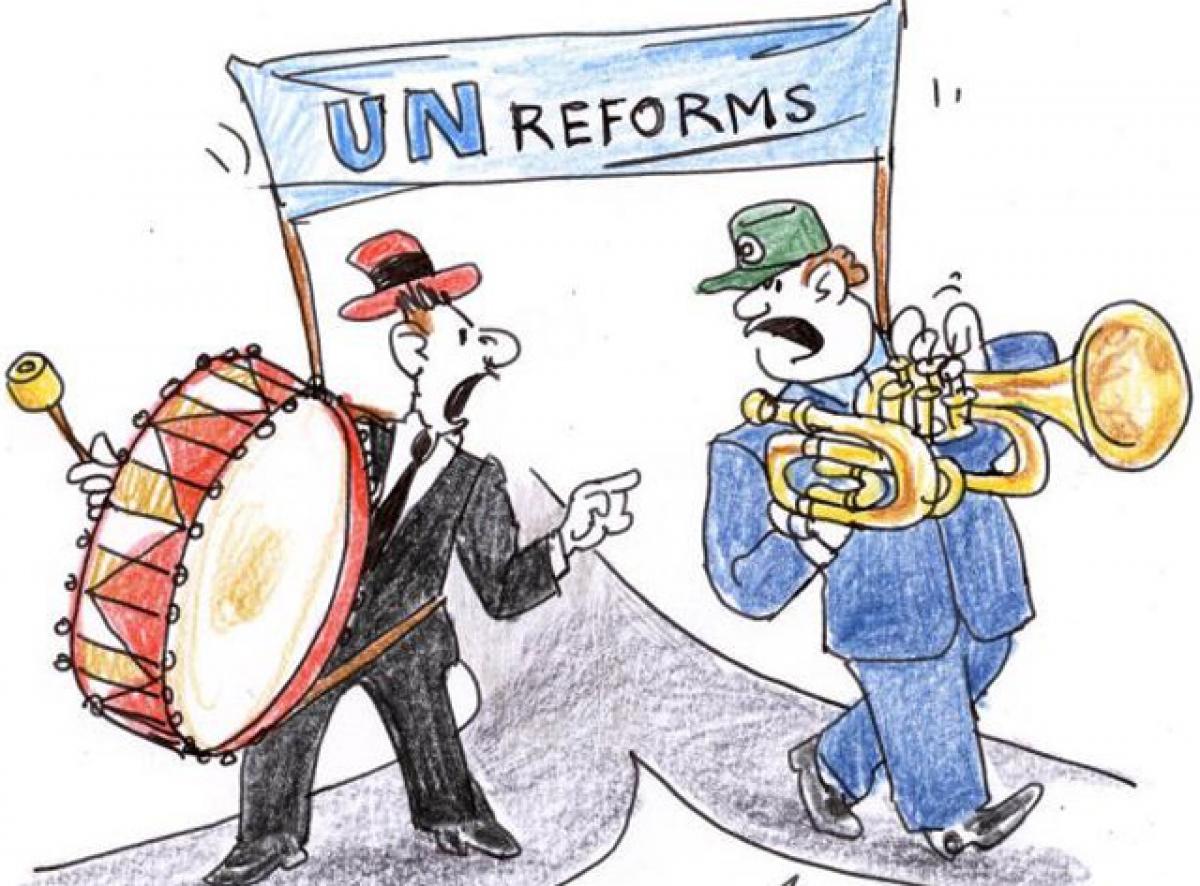 Yet, it remained the only forum where at least the third world can voice their concerns.The post cold war period has seen further weakening of UN's mandate. The sole super power in the form of US either took the UN as hostage to further its imperial designs or marginalised the World body before its ugly display of military might evident from its operations in West Asia.

Several functions of UNO have been hijacked by the institutions like World Bank, WTO or IMF which more or less represent Western hegemony detriment to the interests of developing countries like India. Thus the clamour for reforms. The global landscape has changed completely ever since its inception seven decades ago.

But, the Security Council refuses to change. The Asia is under represented. The Africa and Latin America never got represented. The US and its European allies are over represented. The UN writ cannot run large over the world when majority of the humanity is excluded. The protracted attempts for UN reforms often hit road blocks due to resistance from the permanent members, especially the United States.

This week, a negotiating text is to be introduced in the General Assembly of UNO which will be the basis for Inter Governmental Negotiations. But, the negotiations have to face two intractable questions on which consensus still eludes. First, the future of Veto. Second, the criteria for inducting new permanent members. The present five-permanent members neither would like to give up the Veto power nor would like to share it with new members.

The continuation of Veto for the existing permanent members and denying the same for the new entrants would make latter's role nominal. India pitches for the coveted seat along with Brazil and Nigeria or South Africa, the most populated nations in three continents. The US seems to be interested only in Germany and Japan, the two nations that contribute the most for the UN budget.

But, fiscal support cannot be the criteria as UN is not financial institution. There was even a pernicious suggestion to include an Islamic power. But, religious criteria would be disastrous. There was a proposal to consider contribution to UN peace keeping. India has no problem. But, Germany loses the chance and even China should also go as these two nations showed scant regard for peace-keeping operations.

To thwart India's chances, Pakistan proposed adherence to UN resolutions as a criteria. But, in such a case first nation to lose eligibility would be the United States. The global diplomacy would be put to intense test in the coming months and years before an agreement on the reform of UN is arrived at.