The stage is set for the first budget in the residual state of Andhra Pradesh amidst chaotic economic situation and the mount- ing burden of political populism. The media re- ports suggest that the Chandrababu Naidu gov- ernment is vying for one lakh crore budget. 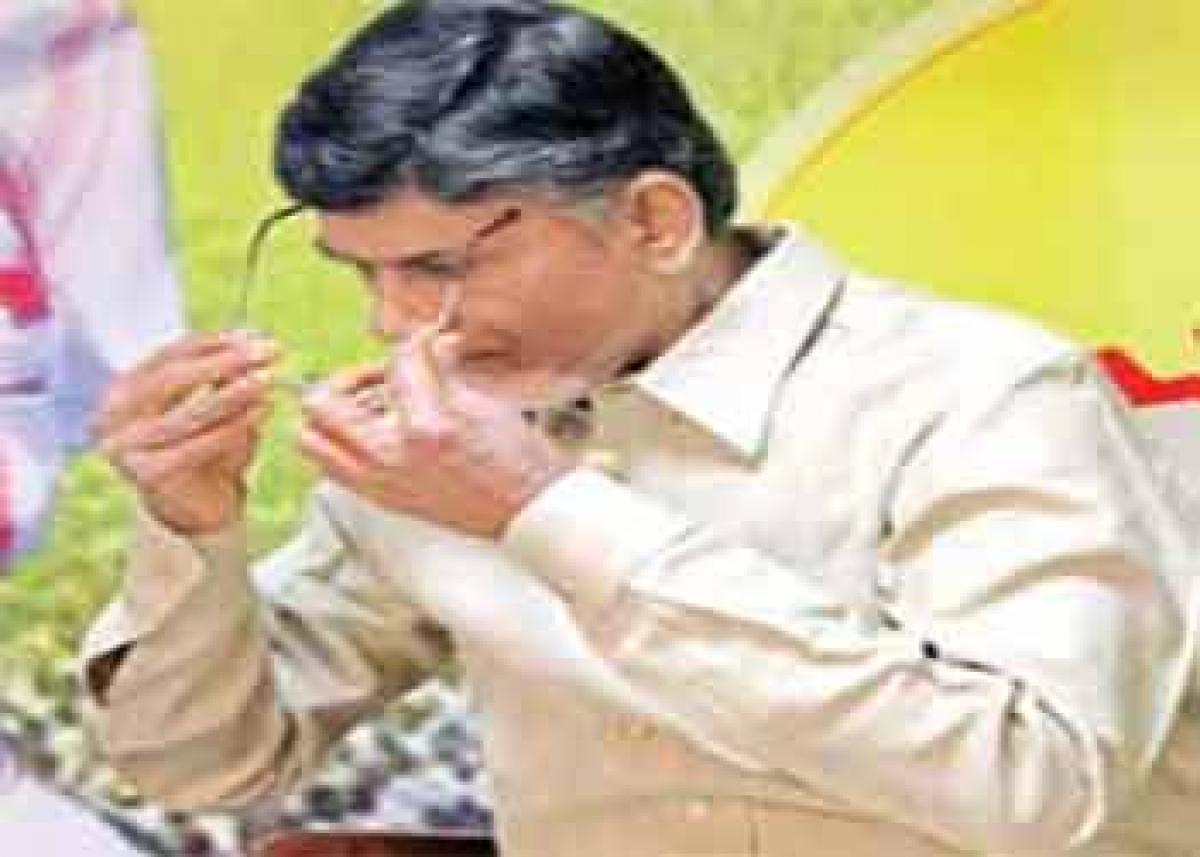 Naidu government faces a herculean task in fulfilling the electoral promise of loan waiver. The BJP has politically distanced itself from this promise before and after the elections. Thus expecting any solace on this front from the Centre is futile. The budget has to reflect the economic sagacity of the government in marshalling the much-needed finances to implement this costly promise. The Centre’s response even on the construction of state capital is also lukewarm

The stage is set for the first budget in the residual state of Andhra Pradesh amidst chaotic economic situation and the mount- ing burden of political populism. The media re- ports suggest that the Chandrababu Naidu gov- ernment is vying for one lakh crore budget. Perhaps, this would be an attempt to present a grand development vision for the state. This is precisely the political need for a government that was catapulted to power based on the post-bifur- cation anxieties among the people of the truncated state.

Until now, the government has been peddling a dream and stoking a nightmare. The dream is about transforming the state into a developed na- tion on the lines of Singapore. The nightmare is in regard to the bleak and chaotic economic con- dition which the state has inherited after the bi- furcation. The electoral victory of the TDP-BJP combine was based on this dream and the night- mare. It was an electoral necessity to push the dream and the nightmare together.

But, now the budget has to reflect either the dream or the night- mare. This is precisely the conundrum in which Finance Minister Y Ramakrishnudu is now stuck. The white paper on state finances released by the Chandrababu Naidu government aptly sum- marises what it perceives to be a precarious eco- nomic situation when it said... “The Andhra Pradesh State Reorganization Act, 2014, has di- vided the state of Andhra Pradesh without an iota of concern for or attention to the disastrous eco- nomic and financial consequences on the residuary Andhra Pradesh.

The previous government at the Centre chose to distribute the assets based on the location while appropriating liabilities on the pop- ulation ratio, as most of them were common lia- bilities. Considering that virtually all the major assets are located in and around Hyderabad city, Andhra Pradesh has forfeited major economic as- sets and inherited massive liability without having the wherewithal to service the debt.”

This economic logic given by the new govern- ment in the state of Andhra Pradesh has two polit- ical points to answer. First, the AP Reorganization Act was adopted by Parliament with the support of TDP’s ally BJP without which the division would have been simply impossible. Why did the TDP choose to sail with a party that proclaimed to be responsible for carrying out such an irrational division of Telugu people? More surprisingly, the Telangana wing of TDP which also works under the leadership of Chandrababu Naidu has also supported the division in this form.

Why did Naidu allow such a stand by its own party men when he knows that it is economically disastrous for resid- uary Andhra Pradesh? The TDP leadership tries to address the first point by referring to the grand dream of Chan- drababu Naidu for the state of Andhra Pradesh. The political alliance with the party which is also responsible for the economic nightmare for Andhra Pradesh is defended on the pretext that the help of this party is inevitable to carry the grand vision for the state in the post-bifurcation phase.

The signals from Delhi until now were not so encouraging. The Railway Budget and the Union Budget have done precious little to Andhra Pradesh except a few projects, most of which were just an implementation of the reorganization Act itself. The political reality is that the BJP has little stakes in Andhra Pradesh. Its focus is essentially on the states that go to polls soon and where it has direct political stakes. Un- fortunately, Chandrababu Naidu lacks the political muscle to arm-twist the Centre given the political arithmetic prevailing in Parliament.

The public policy even in fiscal arena is a function of politics in an electoral democracy. This bitter political re- ality stares at Naidu government as it braces up for the new budget. On the two significant aspects, the central gov- ernment is not forthcoming yet. Naidu government faces a herculean task in fulfilling the electoral promise of loan waiver.

The BJP has politically distanced itself from this promise before and after the elections. Thus expecting any solace on this front from the Centre is futile. The budget has to reflect the economic sagacity of the government in marshalling the much-needed finances to im- plement this costly promise. The Centre’s re- sponse even on the construction of the state capital is also lukewarm. The promise of the TDP was to construct capital that would be superior to Hyder- abad and even a point of envy to Delhi.

But, Union Minister Venkaiah Naidu has already belied the hopes and said that the capital need not be so grandeur. The budget is a litmus test of the ability of Naidu government to garner the support of the Centre. As noted in the white paper on the finances, “the state finances have been under stress for well over a decade on account of various factors such as increase in the establishment cost ( salaries and pensions) , rising interest payments , welfare com- mitments, power sector expenditure etc.

The fiscal stress is the result of expenditure commitments rising faster than revenue receipts, less than antic- ipated returns from major projects in irrigation, power, etc., and the increasing debt burden of the government.” But, the politically populist path chosen by Nadu in his latest innings as Chief Minister goes quite contrary to the economic logic his govern- ment explains in its white paper. The policy dis- pensation being pursued by the state government would only further increase the fiscal stress.

The state government has already increased the retire- ment age. The pay revision is round the corner. The government has already promised to regularise the services of contract employees. The govern- ment has also announced the plans to go on re- cruitment spree. All these are bound to increase the fiscal commitments on the establishment. The loan waiver and a host of populist promises would entail a massive increase in welfare expenditure.

The government has also unveiled its plan to se- curitise even the future income to mop up re- sources for its revenue expenditure commitments like the implementation of loan waiver. It would lead to sharp increase in the debt burden and in- terest payments. While acknowledging a fiscal fact that the state finances are under undue stress due to debt burden, Naidu government wants to mortgage even future income to meet its revenue expenditure through securitization plan.

An incisive analysis of the data provided in the government’s white papers itself indicates the fact that economic picture being portrayed and the po- litical roadmap being envisioned go contradictory to each other. This is the result of an attempt to si- multaneously sell a scintillating dream and foment fears of economic nightmare.