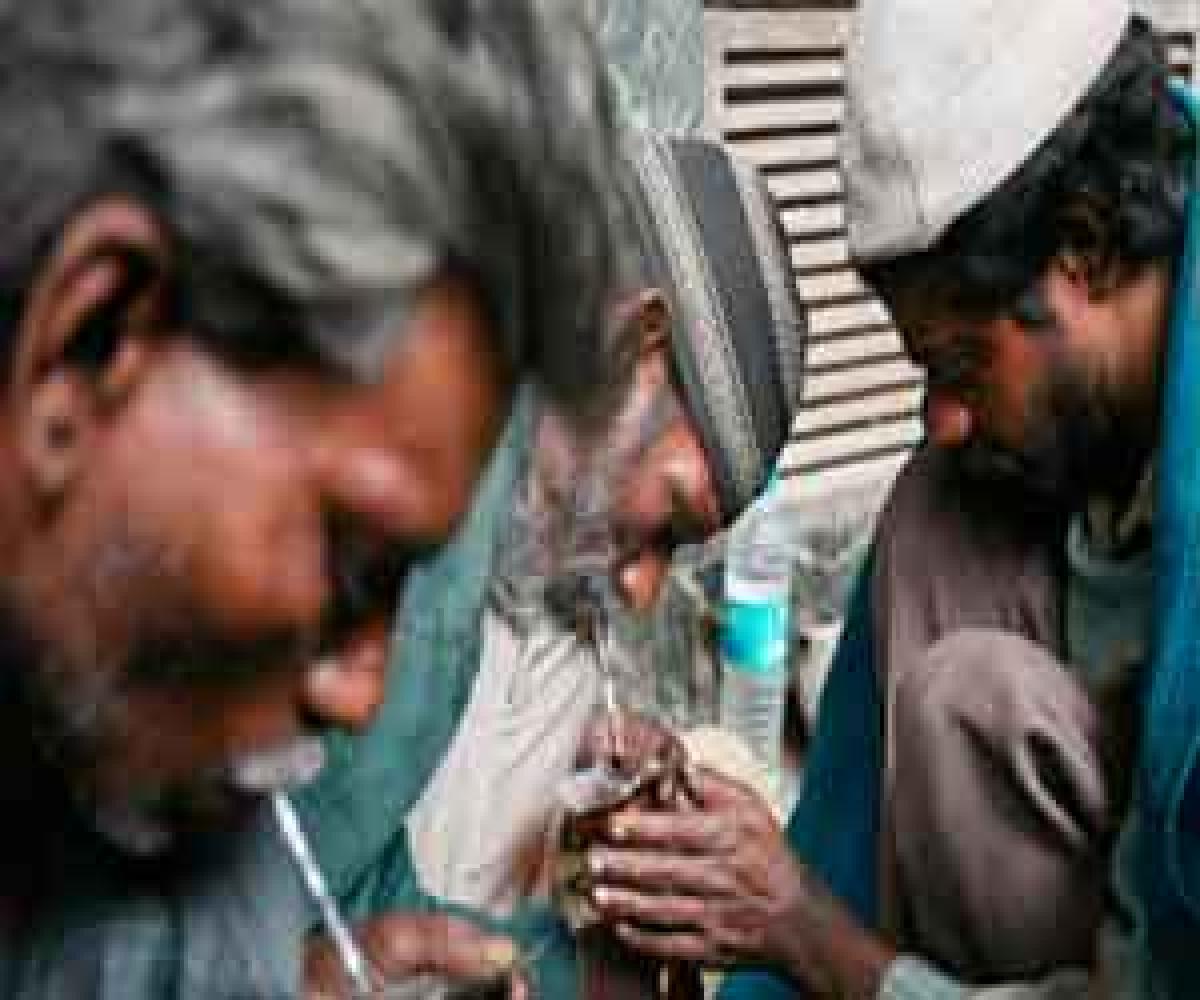 Drugs pose a menacing threat to society especially the youth.  In Punjab drug menace is a well known fact. It doesn’t require a film to expose or a censorship to hide it. But, politics seems to be more perilous than the drug hazard.

Drugs pose a menacing threat to society especially the youth. In Punjab drug menace is a well known fact. It doesn’t require a film to expose or a censorship to hide it. But, politics seems to be more perilous than the drug hazard.

The stormy controversy surrounding Udta Punjab is turning out to be a political soap opera and a suspense thriller due to the timing of the film. The film portrays the looming challenge of drug addiction in the state.

The ruling NDA is obviously perturbed over the political implications of the film in the ensuing elections. The Central Board of Film Certification that more or less works at the behest of the Central government is imposing crippling cuts on the film yet to be released causing obvious concern.

But, the political dispensation should realise that the drug problem is more devastating than a film that features it. In the process, it inflicted a self goal by ensuring unprecedented publicity to the upcoming film evident from the fact that its trailer on YouTube had been watched by more than 12 million people.

This drug-themed crime thriller is scheduled to be released on June 17. The CBFC chief quoted as saying, “We couldn’t allow Punjab to be damned and labeled a drug haven”. Alas, if the successive governments of Punjab were conscious of the problem, the state of Punjab need not seek CBFC crusade to protect its image. Political parties instead of fighting over a film should concentrate on dealing with the ways and means to arrest the border state‘s vulnerabilities to drug menace. More than its image, Punjab badly needs its youth to be protected.

Along the 550 km porous border that the Punjab shares with Pakistan, Afghan opiates are smuggled into India, reports the Wall Street Journal. The All India Institute of Medical Sciences (AIIMS) in a report in 2014 stated that 230,000 drug addicts live in Punjab, a state home to 30 million people, with more than 800,000 drug users.

Heroin, the study found, is the most widely used opiate: 75,000 people inject the drug. According to a report by the United Nations Office on Drugs and Crime published last year, Punjab is home to 29 per cent of all those who inject heroin in South Asia. Still, the political slugfest is on the film rather than the bewildering problem of drug abuse.

At a time when fun, fiction and frolic dominate the film themes, at least the producers need appreciation for attempting to produce a film featuring such an important social malaise. Thanks to the filmic politics, the problem along with the film caught international attention.

The conflict between the freedom of expression of the film makers and the regulatory power to impose reasonable restriction on it still remains to be addressed. However, the Bombay High Court has already expressed its displeasure over certain arbitrary cuts ordered by the CBFC. But the greater focus should be on facing the challenge of drug addiction whether anyone agrees or disagrees with the intensity projected by the film which is certainly a fictional account of the events.