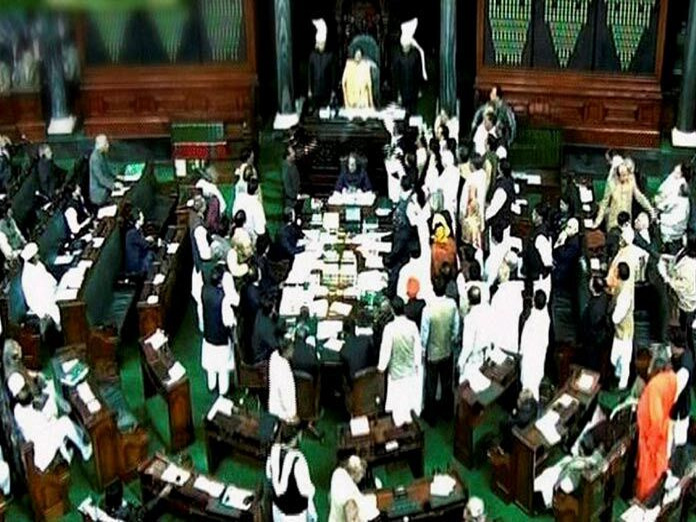 The political pollution in the country is increasing at dangerous levels and has cast its reflection on the States as well Every party and every government and every leader claims he is the best, he is the wisest and he is the cleanest while his opponents are the dirtiest, nonserious, immature and insincere Everyone talks about his roots and boasts about his journey to the highest positions whet

The political pollution in the country is increasing at dangerous levels and has cast its reflection on the States as well. Every party and every government and every leader claims he is the best, he is the wisest and he is the cleanest while his opponents are the dirtiest, nonserious, immature and insincere. Everyone talks about his roots and boasts about his journey to the highest positions whether it be in party or in government and claims that honesty and sincerity have brought him to that level.

Everyone charges their opponents as corrupt and claim that they are the most honest. ‘I won’t eat and won’t allow others to eat’ was the claim that made by all the top politicians in the country. Everyone says they are making best use of technology and use words like transparency in governance, real time governance, cooperative federalism etc. But when it comes to reality, no one practices, they only preach.

Those at the top level of governance whether it is the Prime Minister, or the Chief Ministers may be noncorrupt. Maybe they are firm that no corruption should take place. Maybe they are very good in expressing their views effectively from public platforms, but the fact of the matter remains that there is leakage in various departments and the hard fact whether one likes it or not is that even today files do not move so easily. Decisions are kept pending for months together on one pretext or the other even on projects cleared by the chief administrators whether it be the Prime Minister or the Chief Minister or Ministers. No government at the Centre or in the States can claim that they have been able to do away with bureaucratic red-tapism.

What is the saddest part is the maximum leakages and problems arise in departments which have a key role in providing the public with timely information on programmes, policies, projects and activities of the government both at Centre and the State. There was a time when the officials used to show the courage of explaining the pros and cons of a particular decision of the government of the day without fear and would leave it to the political bosses to take a final decision. But now, that is not the situation. The officials like to leave the decisions to the political bosses and once a decision is taken, they try to find loopholes and delay the process of implementation. Even after getting clearance from the Chief Minister, the proposals are kept pending and no none is able to break the red-tapism.

Every State has a department of Information and Public Relations which is supposed to serve as the communication link between the government and the public to assist in creating a better understanding of its activities. The communication goals are achieved through contacts with government ministries, the media and the general public.

This department is supposed to strive to accomplish heightened awareness of government’s policies and initiatives, easy public access to relevant and accurate information, timely and accurate dissemination of information to ensure that there is proper understanding of government schemes and policies. The department should be a link between the people and the government.

It should be the main source for quality work and professional advice in all areas of communications and public relations. They should function as a strategizing body for government’s information and should be an effective medium for efficient communication. They should give proper and professional advice to the government and provide high quality, accurate and timely information to the public using all available forms of media. But this seldom happens.

Though they are supposed to promote the programmes of the government in form of advertisements, publicise government programmes through audio-video methods particularly in the rural areas, create and maintain a digital library for quick access to information, publish books and graphic designs so that the common man can understand what is happening, the ground reality is different. Unfortunately, such key departments do not seem to be rising to the occasion.

This is one area which the government needs to focus its attention. Either there is lack of professionalism in the team that handles such key department or there is too much of political interference or there are other considerations which rule the roost.

This is one place where maximum transparency is required. Not just that, it is even said there are many occasions when top officials of the CMO in the respective States intervene in the day-to-day functioning of these departments. At the same time, there are incidents when the Ministers heading the departments clear certain proposals for propaganda but the I&PR which is the nodal authority puts roadblocks on some pretext or the other. As a result, the real purpose of these departments gets defeated. There are any number of incidents across the country where rules in regard to release of publicity material to the media are more often violated.

In the past, these departments used to have specialised vans which used to go into the rural areas on a regular basis and explain to the people through various methods including folk art about the schemes being implemented by the government. They also used to give feedback about the level of satisfaction of the people in the areas they had visited. But now creativity seems to have taken a backseat.

What is worrying factor is that the political leadership too does not seem to have the time or inclination to look into such aspects and is busier in accusing each other. This is the situation at all levels of lawmakers. The Prime Minister feels it is his prerogative to call his rival party men as Dusht but his party leaders react wildly in Parliament against their opponents for calling him as Chor or Chowkidar. Similarly, when some people protested against the visit of a BJP leader in Andhra Pradesh some time back, he was beaten up but when the police pushed aside the BJP activists when they tried to obstruct the Chief Ministers convoy on Friday in Kakinada, they cry hoarse.

The legislatures where healthy debates and discussions should take place are proving to be places to test one’s lung power. While some leaders indulge in showbiz activities like hugging and winking, others try to display their skills of dramatizing frivolous issues and try to score a point. The entire efforts are not in clearing the doubts or placing the facts before the country or the State, but all energies are diverted towards converting the legislatures or Parliament into a place which resembles public meetings.

Let us hope that the New Year 2019 will usher in some change. This again depends on how the voters behave during the ensuing general elections. It is time to take the elections seriously, weigh the qualities of each leader and party properly and also make sure that they exercise their right to vote.