IITs, IISERs to mentor nearby schools in science, maths 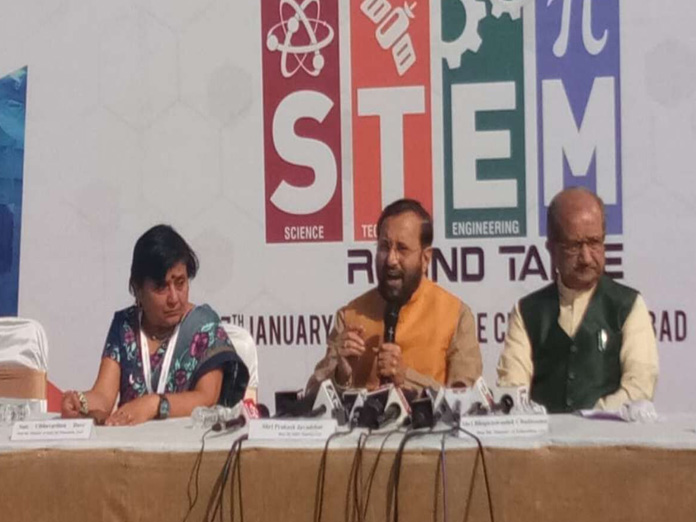 ​Ahmedabad: Union HRD Minister Prakash Javadekar Thursday said the IITs, IISERs and universities in the country will mentor schools located close their campuses to ensure that students do not lag behind in mathematics and science subjects. Highlighting the importance of subjects like science, mathematics, engineering and technology in the 21st century, he said it is vital to foster research tendency among students right from the primary schools. "Maths can be taught in an entertaining way.

For the students to study and understand maths and science properly, not very big equipment, but simple ideas are required. Hence, primary school teachers play a big role," Javadekar told reporters here. "We have decided today- the Modi government has also decided- that IITs, IISERs (Indian Institutes of Science Education and Research), large and good universities will mentor 10-15 nearby schools and ensure that students in those schools are given proper training in science and maths so they do not lag behind (in these subjects)," he said.

Javadekar was speaking on the sidelines of inauguration of exhibitions- one on futuristic technology and another by the American Museum of Natural History on the future of space exploration, at the Science City as part of the Vibrant Gujarat Global Summit. The minister said right pedagogy is required to cultivate the interest of primary school students in these two subjects. "Study shows that once students lag behind in maths or science, the gap increases and they fall behind further. Therefore, it is important how you explain science and mathematics to them," he said.

According to him, the Modi government has taken many steps to promote the culture of innovation in the country by setting up innovation and incubation centres, allowing start-ups to run even from hostel rooms, launching IMPRINT India initiative, offering Rs 1 lakh per month to the PM Research Fellows, among others. He said over 100 research projects are currently going on in Indian institutes and universities, and the government has so far set up 2,000 Atal Tinkering Labs and will establish another 3,000 such facilities across the country. He said participation in Smart India Hackathon has grown from 40,000 to 1.5 lakh in three years.

"On the basis of all this, I am sure our investment in research will grow, and an environment of science, engineering, technology, mathematics, research and attitude of innovation will start in schools...We are encouraging the tendency (among students) to explore solutions to the society's problems," he said.