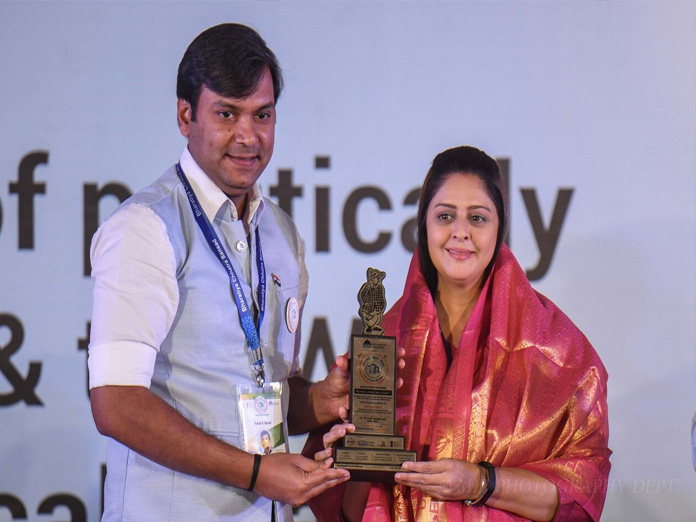 The 9th Bharatiya Chhatra Sansad concluded its threeday student parliament at the scenic MITWPU Pune campus in the presence of dignitaries and more than 10000 students from across India On the concluding day, Ideal Chief Minister Award was announced Nitish Kumar,

​Pune: The 9th Bharatiya Chhatra Sansad concluded its three-day student parliament at the scenic MIT-WPU Pune campus in the presence of dignitaries and more than 10000 students from across India. On the concluding day, Ideal Chief Minister Award was announced. Nitish Kumar, Chief Minister, Bihar won the Ideal Chief Minister Award. Mr. Nitish Kumar who was not present to accept this award conveyed his regards and message to the young leaders and students present in Pune through video conferencing. In this 3-day long student Parliament Mr. Biman Banerjee, Speak West Bengal Legislative Assembly was also awarded with the Ideal Legislative Assembly speaker award.

Bharatiya Chhatra Sansad over three days saw students participating from across cities like Mumbai, Pune, Delhi, Kolkata, Chennai, Ahmedabad, Bangalore, Hyderabad as well as from countries like Netherlands, Nepal, Germany etc. A variety of hot topics were discussed like One Nation One-Election a step towards good governance, Casteism and Corruption: Biggest Blots on Indian Democracy, Indian Economy: Post Demonetisation and GST, Fake News and Social Media : A Lethal Combination, amongst others.

Extending his gratitude towards participating students and dignitaries, Rahul Karad, Founder & Dean, MIT-SOG and Executive President- MIT World Peace University, said, “I am extremely humbled by the fantastic student turnout and participation for the 9thBharatiyaChhatraSansad chapter. I hope the students enjoyed all the sessions and were able to take back some learning over these three days.

Our aim of starting BCS was to encourage youth to participate in politics and somewhere change the negative connotation politics has. I am confident that we will see an even bigger turnout for our 10th chapter. Lastly, I would like to thank all the dignitaries who spared their valuable time and shared some priceless inputs with the students.”

Nitish Kumar, Chief Minister, Bihar who was not present to receive the award expressed his gratitude through video-conferencing where he said,“I would like to thank MIT- School of Govt. for conferring me with this honor. I congratulate Mr. Rahul Karad for this unique initiative of Bharatiya Chhatra Sansad and urge the youth to enter politics for the betterment of the country. We need more and more young and educated people in the politics to strengthen our democracy and with initiatives like BhartiyaChhatraSansad I hope to see young faces entering main stream politics soonand paving the way for a brighter future.”

MIT-SOG is the only school in India which teaches political process to young students with political aspirations. This school is based on the Kennedy School of Politics, USA.