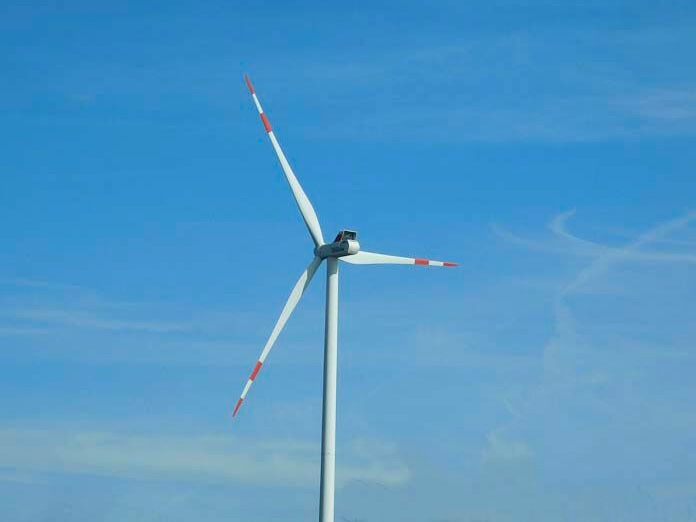 Make a pinwheel to see how a very basic turbine works, and then use it to create electricity If you dont have the electrical components, you can still do the first part of this project to see how the wind can create mechanical force

Make a pinwheel to see how a very basic turbine works, and then use it to create electricity! If you don’t have the electrical components, you can still do the first part of this project to see how the wind can create mechanical force.

What You Do: Pinwheel: Cut a piece of cardstock into a 4′ square. (If you’re only doing this part of the project, you can make it bigger if you like.) Look at the pinwheel pattern to do the following steps. Use a ruler to draw diagonal lines from corner to corner. Make a small mark along each line 3/4 of an inch from the center of the square. Cut along the diagonal lines toward the center until you reach the 3/4-inch mark.

Fold the corners marked with circles on the pattern into the center and staple the layers together. (You’ll probably need to use at least two staples, but make sure to leave space between staples in the very center). When all four ‘blades’ are folded in, stick a straight pin or thumbtack through all the layers at the center. Push the pin through the eraser on the pencil to finish the pinwheel. Hold the pinwheel in front of a fan and watch it spin. The currents of air coming from the fan catch the curved part of the blades, causing them to spin.

Part 2 – Generator: Remove the pinwheel from the pencil and punch the shaft of the motor through the center. (Try putting a couple strips of masking tape on the back of the pinwheel before you punch it through – this will make a tighter fit on the motor shaft.) If your motor came with a little cap for the end of the shaft, put that on to hold the pinwheel in place. If you don’t have a cap, use a piece of clay or cork. Use the alligator clip leads to connect the motors wires to the light bulb.

Now hold the motor/pinwheel close in front of the fan again. Does the bulb light up? Look closely – you should at least see the filament begin to glow. The brightness of the bulb will depend on how much voltage your turbine is producing, which can change with the size of the pinwheel and the strength of the fan.

One way to measure power is in volts. A volt measures the amount of electricity flowing through a circuit. The faster a generator spins, the more volts it will produce. With our simple wind turbine, a smaller pinwheel will produce more volts because it can spin faster. To fully power the bulb, your turbine would need to produce 1.5 volts. If the bulb just glows dimly, it means the turbine is producing less than 1.5 volts.

Real wind turbines have very large blades, so they have gear boxes that increase the rotational speed (how fast the shaft spins). For example, the main shaft might turn only 22 times per minute, but the gears in the gearbox can use that power to make a smaller shaft turn up to 1500 times per minute, creating a lot more voltage!

More experimentation: If you have a digital multimeter, you can measure the amount of voltage and current (amps) produced by your mini turbine. Experiment with larger or smaller pinwheels, or make individual blades like a modern wind turbine. Which design can produce the most voltage? Which produces the most amperage? When would you want more amps and when would you want more volts? What size of pinwheel causes the light bulb to glow the brightest? Can you use your turbine to power another motor? To lift weights?