Solar Impulse 2 gets inside mobile hangar in Japan 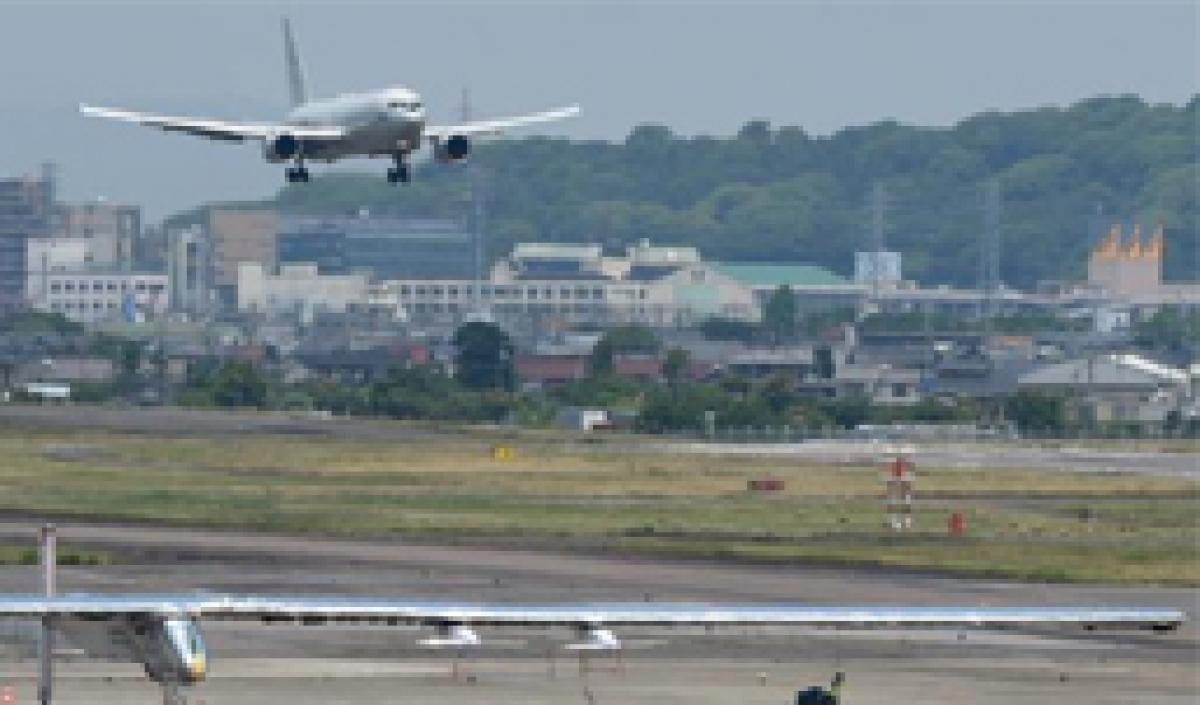 Solar Impulse 2 Gets Inside Mobile Hangar In Japan. Sunshine-powered Solar Impulse 2, which has made an impromptu stop in Japan on its way around the world, was under cover in its mobile hangar Wednesday as the team waited out the weather before heading to Hawaii. Tokyo: Sunshine-powered Solar Impulse 2, which has made an impromptu stop in Japan on its way around the world, was under cover in its mobile hangar Wednesday as the team waited out the weather before heading to Hawaii.

The featherweight flying machine had been exposed to the elements since its arrival in the central city of Nagoya on Monday night, with crew having to hold it down to prevent it being blown away by the wind.

"#Si2 is safe in the mobile hangar!" @solarimpulse tweeted Wednesday, saying support staff had worked through the night to put together the sections of an inflatable tent that looks a little like a series of connected igloos.

Solar Impulse 2 is on a record-breaking attempt to circumnavigate the globe using the power of the sun, to highlight the uses of renewable energy.

The seventh leg of its epic mission was intended to be the 8,500 kilometres (5,250 miles) from Nanjing, China, to Hawaii -- a journey set to take six days and six nights of non-stop flight.

But a developing cold weather front in the Pacific forced mission controllers to order pilot Andre Borschberg to divert to Nagoya, unexpectedly adding Japan to the tour.

In a telephone interview with AFP on Tuesday, mission initiator Bertrand Piccard said crew members had been holding on to the delicate solar craft since it arrived in Nagoya.

"The plane has a huge surface area and is very light, with a take off speed of just 45 kilometres (28 miles) an hour, so with gusts of wind like today you really need to hold on to it," he said.

Now, all eyes were on the skies and when they would get their next chance to attempt the vast distance across the Pacific.

"We want to carry on as soon as possible, and leave Nagoya before the rainy season," said Piccard.

Japan's month-long rainy season is already under way in the far south of the country, and is expected to advance northwards over the coming days.

"We need a clear meteorological window. The plane can only fly in nice weather, except when it flies at high altitude, above the clouds," Piccard said.