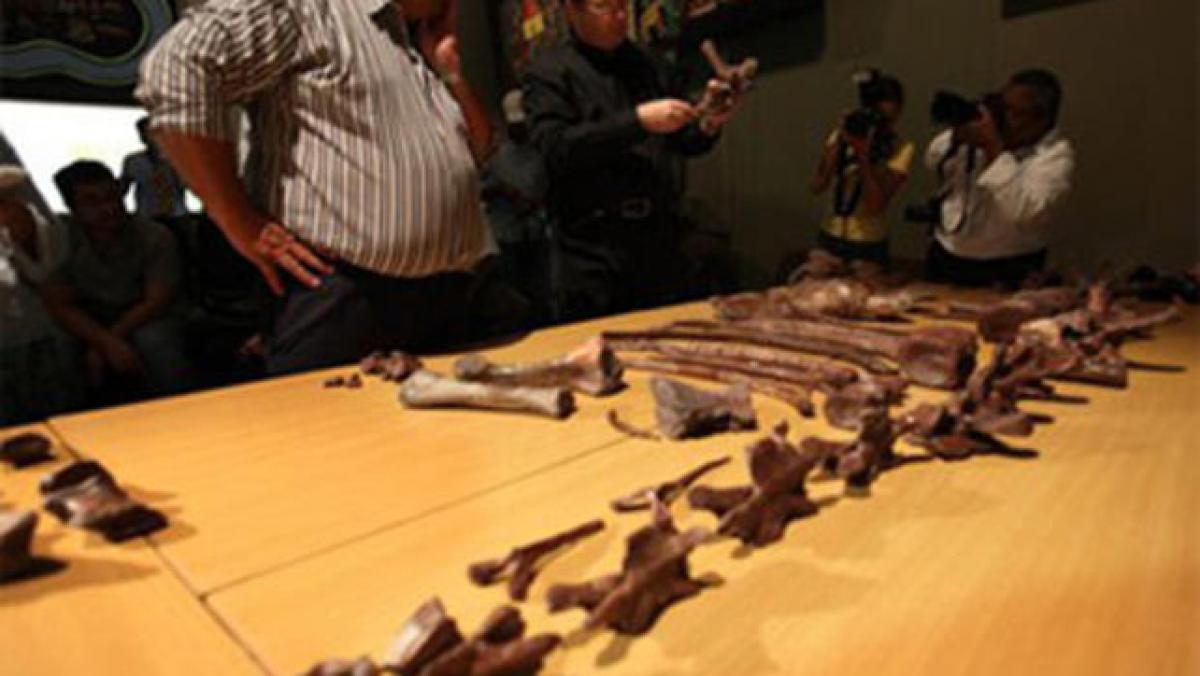 New Dinosaur Species Found In South Africa. Researchers have discovered a new species of dinosaur that roamed some 200 million years ago around what is now South Africa.

London: Researchers have discovered a new species of dinosaur that roamed some 200 million years ago around what is now South Africa. One of the most distinctive features of the dinosaur is that one of its ankle bones, the astragalus, is shaped like a cross.

Considering the area where the fossil was discovered, the researchers aptly named the new dinosaur, Sefapanosaurus, after the Sesotho word "sefapano", meaning "cross".

"The discovery of Sefapanosaurus shows that there were several of these transitional early sauropodomorph dinosaurs roaming around southern Africa about 200 million years ago," said study co-author Anusuya Chinsamy-Turan, professor at University of Cape Town (UCT) in South Africa.

Sefapanosaurus helps to fill the gap between the earliest sauropodomorphs and the gigantic sauropods, Argentinian palaeontologist and lead author Alejandro Otero said.

"Sefapanosaurus constitutes a member of the growing list of transitional sauropodomorph dinosaurs from Argentina and South Africa that are increasingly telling us about how they diversified," Otero said.

The specimen was found in the late 1930s in the Zastron area of South Africa's Free State province, about 30 km from the Lesotho border.

For many years it remained hidden among the largest fossil collection in South Africa at the Evolutionary Studies Institute (ESI) at Wits University.

A few years ago it was studied and considered to represent the remains of another South African dinosaur, Aardonyx.

However, upon further study, close scrutiny of the fossilised bones revealed that it is a completely new dinosaur.

The study appeared online in the Zoological Journal of the Linnaean Society.