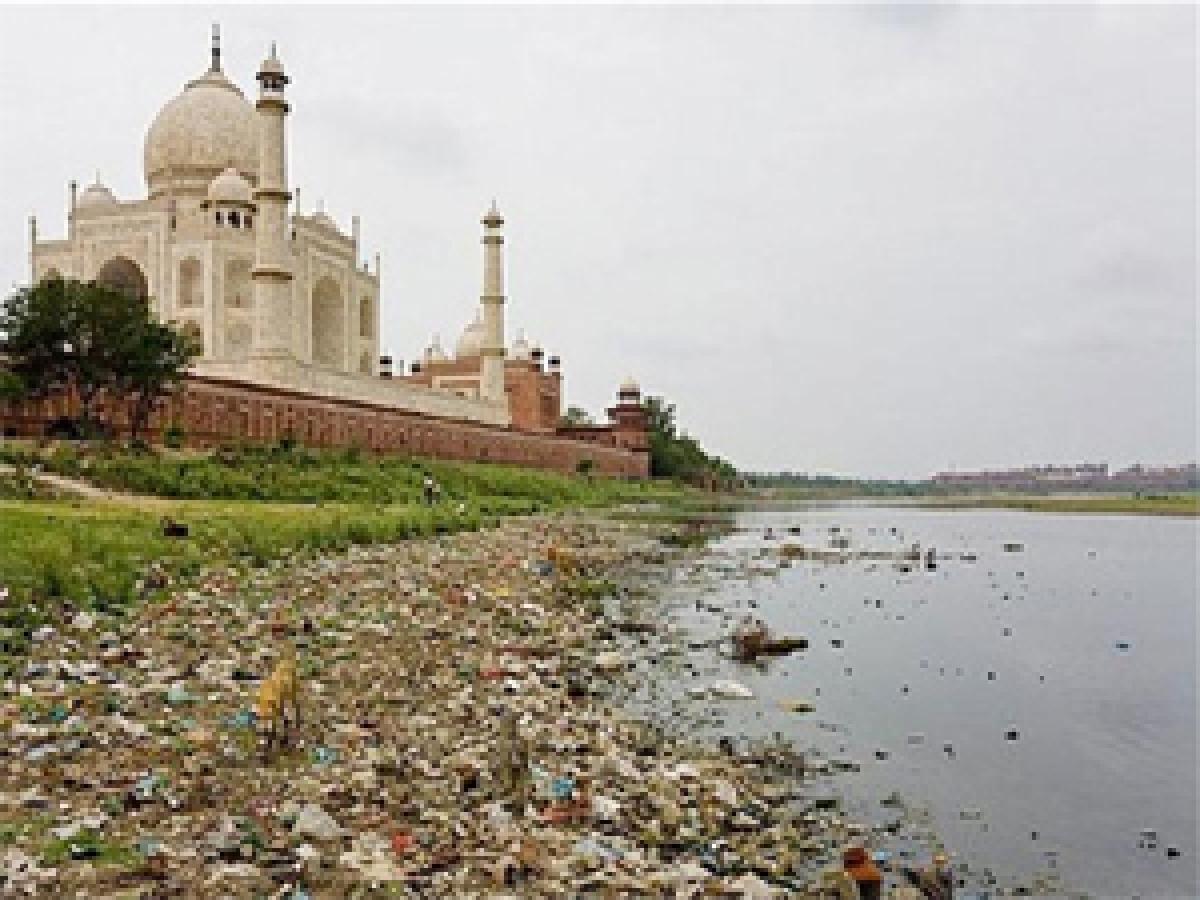 Yamuna Pollution Threatens Taj: Parliamentary Panel. A parliamentary panel has expressed concern over pollution affecting the Taj Mahal and linked it to the polluted Yamuna river that flows along the monument in Agra. New Delhi: A parliamentary panel has expressed concern over pollution affecting the Taj Mahal and linked it to the polluted Yamuna river that flows along the monument in Agra.

The Parliamentary Standing Committee on Science and Technology and Environment and Forest headed by Congress MP Ashwani Kumar suggested that a water body should be formed near the Taj Mahal to restore its sheen.

The committee, in a comprehensive report that slammed the authorities for not acting seriously to protect the Taj Mahal, also blamed the leather tanneries around the monument.

The report, tabled in parliament last week, said degradation of the Yamuna bed was "evident and was visible to the naked eye", and questioned the discharge of untreated sewerage into the river.

"The committee recommends that steps should be taken to strengthen the management of solid and liquid municipal waste infrastructure in Agra city," the report said.

"The committee also recommends that the authorities should ensure that there is no dumping of solid or liquid waste from within the municipal limits of Agra into the Yamuna without requisite treatment."

The committee also asked civic authorities to take necessary steps to stop the bathing of buffaloes and other animals in the Yamuna and water bodies around the Taj Mahal.

Noting that the Taj was losing its sheen because of a lack of water body around it, the panel suggested construction of the Agra Barrage, which can solve the water crisis in Agra and also give a scenic view of the Taj.

"The committee recommends that a survey should be undertaken for mapping the sources of water in the Taj Trapezium Zone area at the earliest," the report said.