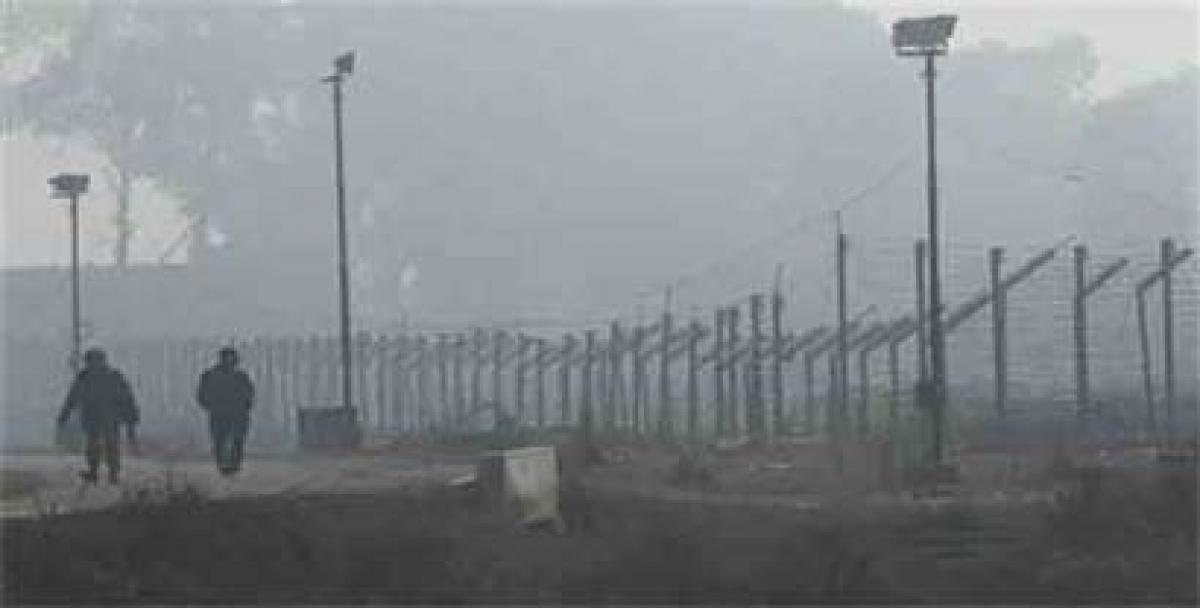 A thick fog enveloping most parts of the Kashmir valley on Wednesday and minimum overnight temperatures several notches below freezing point due to the clear overnight sky affected normal life in Jammu and Kashmir.

A thick fog enveloping most parts of the Kashmir valley on Wednesday and minimum overnight temperatures several notches below freezing point due to the clear overnight sky affected normal life in Jammu and Kashmir.

People were forced to begin their day late due to fog, which also inconvenienced motorists and other commuters due to low visibility.

Traffic was moving slowly on roads in Srinagar, which recorded a chilly morning. Many drivers switching on fog lights on their vehicles.

Office-goers complained of sluggish traffic movement in many parts of Srinagar city.

The local weather office forecast a partly cloudy day on Wednesday. The minimum in Srinagar city was minus 2.5 degrees Celcius.

"We are not expecting heavy fog tomorrow (Thursday). Later on Wednesday, there are chances of light rain and snow in the Kashmir valley," an official of local weather office told IANS here.

Meanwhile, a clear night sky plunged the minimum temperatures several degrees below the freezing point in the Valley and other parts of the state on Wednesday, intensifying chilly weather conditions.

Tourist destinations of Gulmarg and Pahalgam shivered at minus 5.0 degrees and minus 4.9 degrees respectively on Wednesday.

The minimum was minus 2.8 degrees in Qazigund town, minus 3.4 in Awantipora, minus 3.1 in Kupwara and minus 2.2 in Kukernag in the Valley.

Leh town in the Ladakh region was the coldest in the state on Wednesday at minus 13.2 degrees while Kargil town in the region recorded minus 12.4 degrees.

"It will be a partly cloudy day ahead in Ladakh with the maximum hovering around 7 degrees," the weather official said.

In Jammu city, the minimum overnight temperature was 7.8 degrees. The local weather office said there will be partly cloudy sky in the city on Wednesday with the maximum temperature hovering around 22 degrees.

Banihal town in Jammu province recorded the lowest minimum in the region at minus 0.6 degrees on Wednesday.