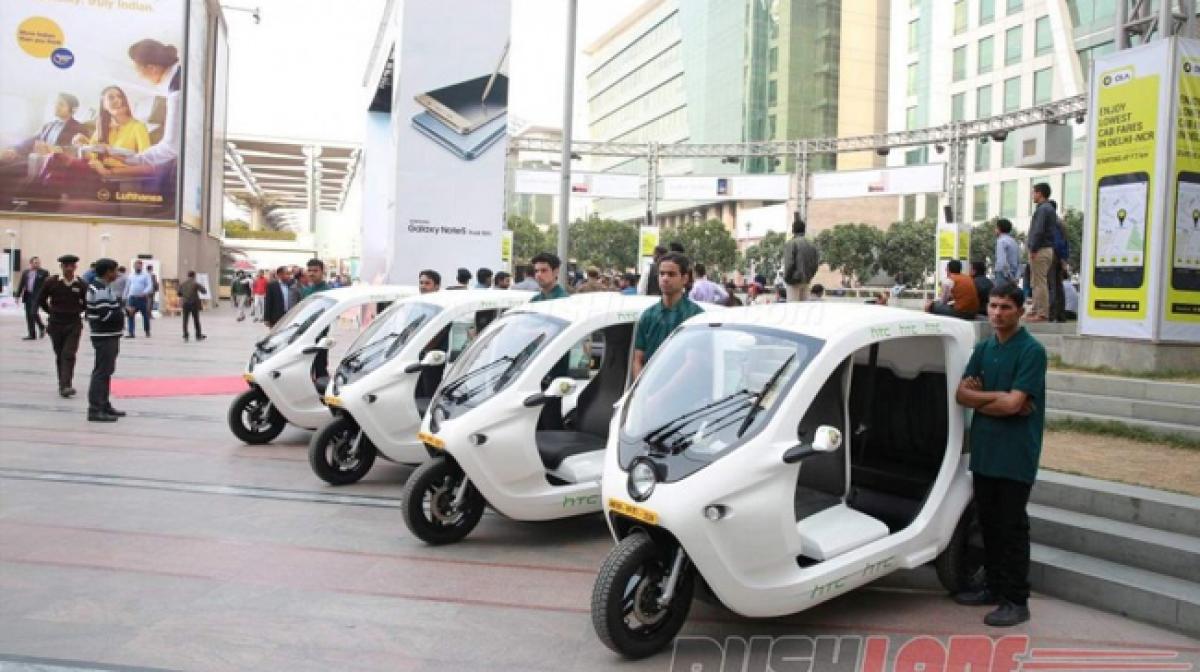 At the Clean Motion Zbee launch at DLF CyberHub in Gurgaon, the first to pay for a Rs 30 ride was Mrs. Else Sandberg, wife of the Ambassador of Sweden to India. The company was enthusiastic about the support received, and is keen to make clean transport available for all. Mr. Goran Folkesson, CEO, and Mr. Anil Arora, Country Head India, attended the product launch.

DLF CyberHub in Gurgaon is among Zbee’s first customers. The vehicle provides last mile connectivity from DLF CyberHub to offices in the vicinity, and the metro station. Clean Motion and DLF group have signed an agreement to operate Zbee in the real estate group’s premises. In fact, DLF is operating a small fleet for the same reason. Services at DLF also include a girls special service, driven by a pink captain.

Zbee in India is a premium, last mile/first-mile service to connect key areas. The fixed fare service warrants a clean, and safe shuttle. Service expansion entails operating a fleet of 25 Zbees in each location. 10 such clusters are planned in Delhi- NCR this year to be operated by franchisees in partnership with Clean Motion. The product will be introduced to other cities in future.

The service will soon begin between DLF mall Saket and Malviya Nagar Metro Station. At present, Clean Motion’s investment in India stands at over a $1 million, and this number is set to increase ten-fold in the next year. Zbee for India is being assembled at Faridabad and is a recipient of the International Centre for Automotive Technology (ICAT) certification in L5 category. The Swedish vehicle operates in Europe and Indonesia.

Clean Motion is making 100 Zbee units per month at Faridabad. It accommodates three, including the driver. Cabin space is separated from passenger occupancy area. The 230-kg eco-friendly electric vehicle is made of fibre-reinforced plastic. A lithium battery entails 50 kilometres in a single charge. Zbee can go up to 45 kmph. Rapid charging takes about 20 minutes, and regular electric point charging will take about 2 hours.

Goran Folkesson, CEO of Clean Motion is delighted that India is concerned about and now open to alternative solutions. He’s confident Zbee would be a preferred mode of transport for shorter distances.