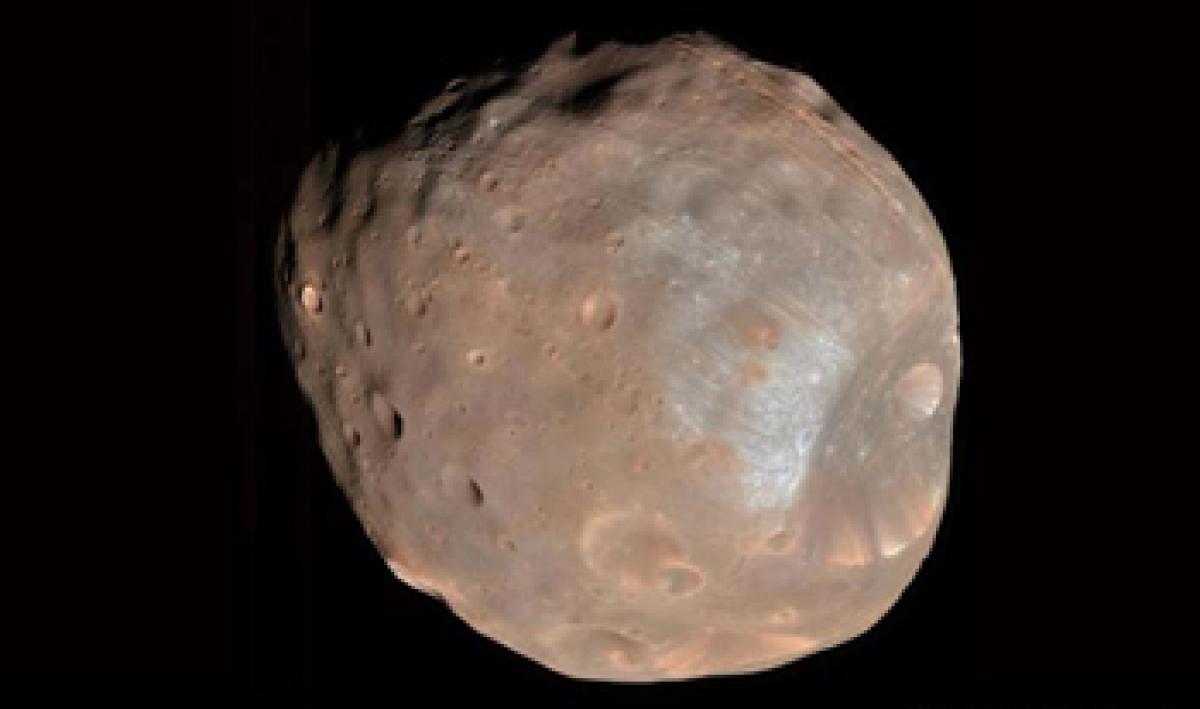 NASA scientists are closer to solving the mystery of how Phobos was formed, by using the spectral images of the Mars\' moon captured in ultraviolet by the MAVEN mission.

​Washington: NASA scientists are closer to solving the mystery of how Phobos was formed, by using the spectral images of the Mars' moon captured in ultraviolet by the MAVEN mission.

In late November and early December last year, NASA's Mars Atmosphere and Volatile Evolution (MAVEN) mission made a series of close approaches to the Martian moon Phobos, collecting data from within 500 kilometres of the moon.

Among the data returned were spectral images of Phobos in the ultraviolet. The images will allow MAVEN scientists to better assess the composition of this enigmatic object, whose origin is unknown, NASA said.

Comparing MAVEN's images and spectra of the surface of Phobos to similar data from asteroids and meteorites will help planetary scientists understand the moon's origin - whether it is a captured asteroid or was formed in orbit around Mars.

The MAVEN data, when fully analysed, will also help scientists look for organic molecules on the surface. Evidence for such molecules has been reported by previous measurements from the ultraviolet spectrograph on the Mars Express spacecraft, according to the US space agency said.

The observations were made by the Imaging Ultraviolet Spectrograph instrument aboard MAVEN.