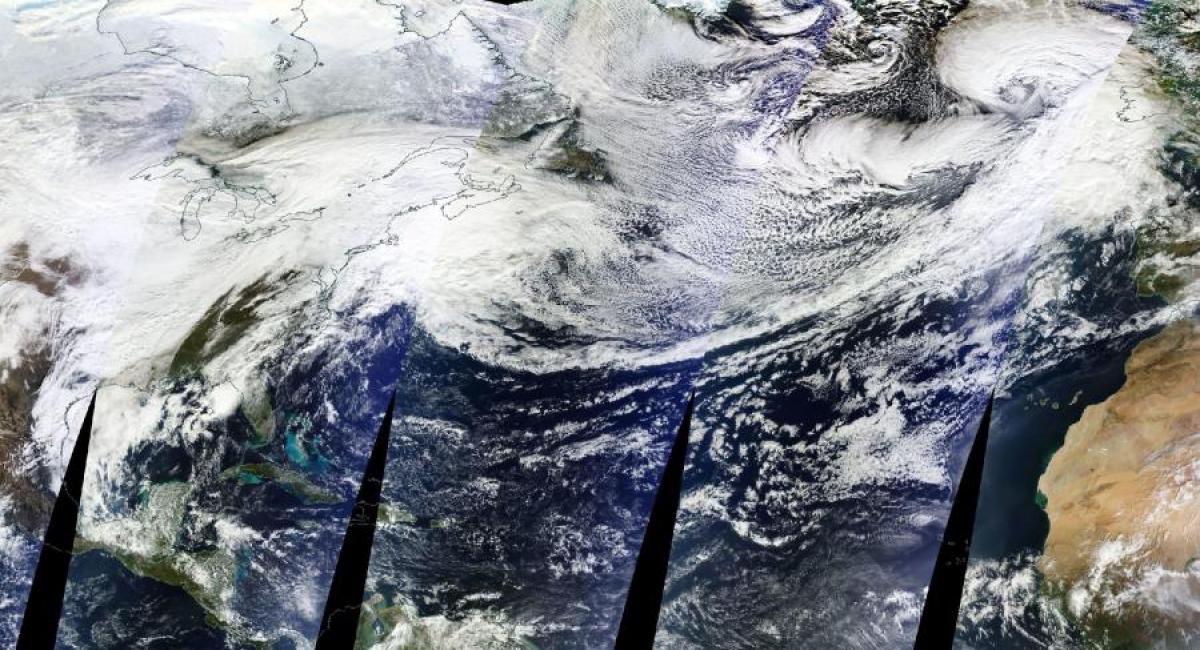 Rewinding fast backward reveals that when the Kyoto Protocol was opened for signature 18 years ago, on March 16, 1998, only six countries signed it on an opening day.

Rewinding fast backward reveals that when the Kyoto Protocol was opened for signature 18 years ago, on March 16, 1998, only six countries signed it on an opening day. Four of them were small island countries. When the Paris climate deal was opened for signature at UN headquarters on Earth Day, April 22, 2016, a whopping 175 countries lined up and inked the deal. Never before in history have so many countries signed an international accord in one single day in one ceremony.

It definitely was a "historic moment", stated Ban Ki-moon, the UN Secretary-General, and the host of the ceremony. It signalled hope for mankind in addressing climate change, a defining challenge for mankind.

The Paris climate deal is unique in the sense that never before has every country given a commitment to reducing Green House Gases (GHGs). The most welcoming and encouraging fact is that 15 of the signatories - all of them in the developing world - have already ratified the Paris agreement. No country had ratified the Kyoto Protocol when it was opened for the signature.

Many sceptics and cynics say that inking is one thing and executing the plans is another. One cannot dismiss these scoffers, given the experience of the past two decades of fatally flawed global efforts to reduce GHGs and control global warming.

The seven years taken to meet the conditions of entry into force were a nightmare. The US Senate has blocked the ratification right from 1998, mainly for two reasons. First, the Kyoto Protocol left emerging countries like China and India without any reduction commitments. Second, the US industry was not in favour of giving up fossil fuels.

The conditions for the Paris agreement to enter into force are similar - after the date on which at least 55 parties to the convention totalling an estimated 55 percent of the GHG emitters have deposited their instruments of ratification. The difference, this time, is that India and China have taken the commitment for reduction along with every other nation. Secondly, never before were the business and investment settings so conducive to get going full blast on implementing the Paris deal.

But the US presidential race and the debate leave much to the doubt if the Senate is conducive to ratifying. President Barack Obama's plans to bypass the Senate and ratify the Paris treaty before he completes his tenure is termed "anti-constitutional" by most American experts.

Irrespective of the political debates, the market, including the investment climate, is reacting in favour of de-carbonization like never before. As they say, every boxer has plans and strategies until they get punched in the mouth. Then starts the real fight. The shocking punches are already evident in the face of the energy market.

In the last two years, the global economy has grown by about six percent, but the energy and transport-related carbon dioxide emissions have not grown at all as per the findings of the International Energy Agency (IEA). The US, the EU, and even China have all shown that CO2 emissions have been falling.

Such decoupling has happened, surprisingly, in the face of a steep fall in oil prices by nearly 75 percent in two years. Clean energy investment, including in renewable energy, broke new records in 2015 and is now seeing twice as much global funding as fossil fuels.

The International Energy Agency (IEA) reported this week that about $100 billion of oil investments had been cut as a result of the slump in oil prices. Shell and Statoil have halted oil exploration in Arctic and Antarctic. Smaller producers are driven out of the market and even the largest oil producer, Saudi Arabia, has declared a debt for the first time in 25 years!

Dangerous air pollution and inefficiency of coal-fired plants are driving the market away from coal. During the last eight years, shares of coal companies have tumbled more than 90 percent. Peabody, the world's biggest private-sector coal producer, 10 days ago filed for bankruptcy, unable to bear its debt of more than $10 billion.

China's excessive addiction to coal has resulted in the worst kind of air pollution that hit the global headlines. China now targets the share of non-fossil fuels at 15 percent of total primary energy by 2020, up from 12 percent at the end of last year, mainly going away from coal-fired plants. China will stop the construction of coal-fired power plants in 15 regions.

Never before is every car manufacturer scrambling to put in assembly lines for hybrid or electric cars. China has started the race with Tesla for manufacturing electric cars. India and China have ambitious targets, like never before, for solar and wind energy by 2022. Never before did the world have an opportunity to push and accelerate the implementation.

Interestingly, Obama, whose country has contributed most to climate change, was conspicuous by his absence in such historic moment in his own country. On the day before the Earth Day, he played golf with British Prime Minister David Cameron. On Earth Day, Obama lunched with the Queen, dined with the Duke and Duchess of Cambridge and Prince Harry at Kensington Palace.

On the same day, all the small island nations, the most affected and sinking countries that have not contributed to climate change lined up for the signature on the Paris Climate deal. Are our worst doubts about future of climate change coming true?

By Rajendra Shende
(The author, an IIT-alumnus, is chairman, TERRE Policy Centre and former director of the UNEP. The views expressed are personal. He can be contacted at shende,rajendra@gmail.com)