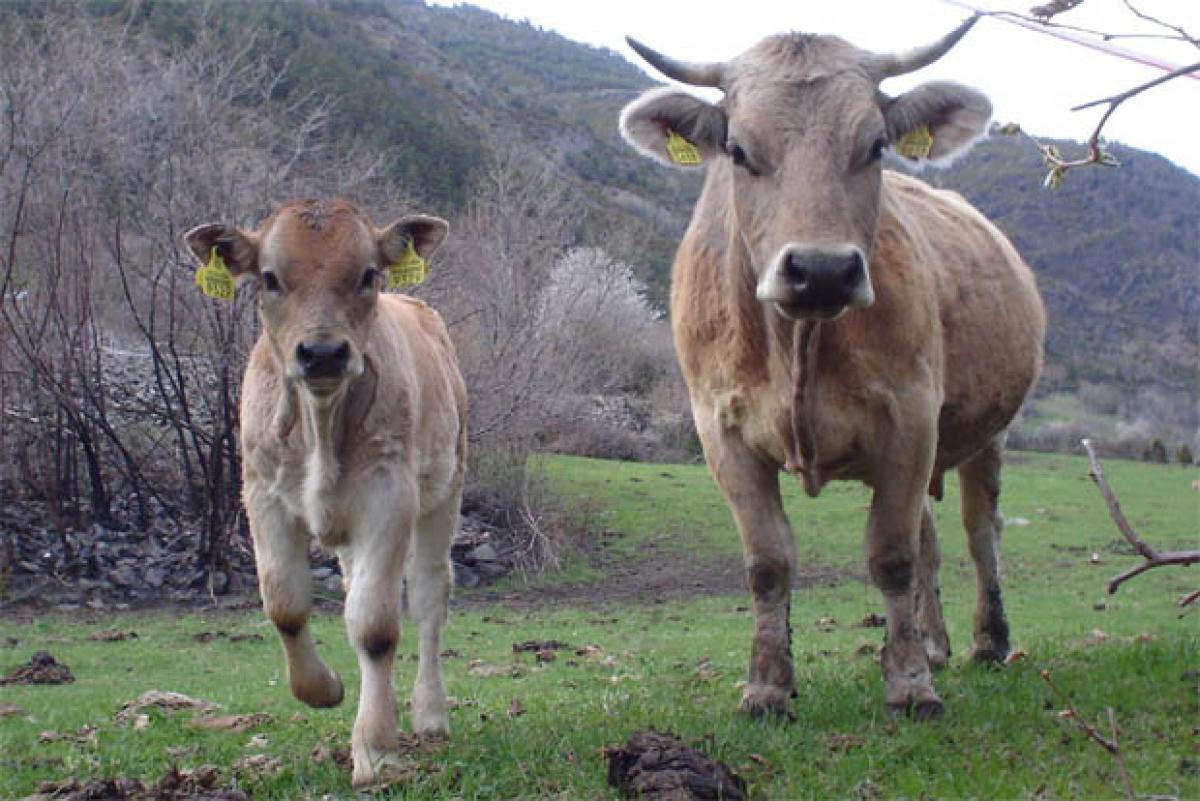 Move over controversies and rhetoric over ban on cow slaughter and beef eating. The Narendra Modi government has now engaged a group of scientists to dedicate themselves to work on a \"new technology model\" to facilitate birth of more female calves and discourage bulls.

Move over controversies and rhetoric over ban on cow slaughter and beef eating. The Narendra Modi government has now engaged a group of scientists to dedicate themselves to work on a "new technology model" to facilitate birth of more female calves and discourage bulls.

The aim is to increase the production of milk and other dairy products.

"You may call it a family planning with a difference. But it's not the case of pre-birth sex determination and abortion or something as one can misinterpret. This is a purely scientific method under which the resulting offspring after mating will be female calves," a senior Agriculture Ministry official said here.

"This is an expensive scientific model being worked out at the (government-run) NDRI (National Dairy Research Institute) at Karnal. Discussions are on also with some voluntary organisations for funding as the exercise could involve huge investments in the long run," the official told IANS, not wanting to be identified.

The Bill and Melinda Gates Foundation has also evinced interest on the project and discussions are on, the source said.

Union Agriculture Minister Radha Mohan Singh and his deputy, Sanjeev Balyan, are all supportive of the initiative, the source said.

The scientists at the fund-starved NDRI have so far been given only Rs 6 crore ($885,000) for research on the issue while their initial demand has been for Rs 50 crore.

Under the "technology model" now being practised in parts of the United States and Canada, the system is patented, the source said.

"Under the technology model Indian scientists are working on removing the 'Y' chromosomes from male sperm. The resulting offspring then can only be a female, as a male calf is produced only when 'X' and 'Y' chromosomes combine," the source explained.

"The idea is simple. Female calves or cows have more utility value. Bulls have limited utility like ploughing and so are more often slaughtered for the meat. If you don't have bulls, even cow slaughter will come down," the source said.

India has an estimated 290 million bovines, according to a livestock census, of which some 84 million are males.

The central government, keen to ensure greater protection to cows, is also keen to work on a model to set up 'Fodder Banks'.

A proposal on this was mooted last year and the matter is apparently pending with the Union Environment Ministry.

"The government will also take necessary steps to multiply milk production and address the economic and social problems associated with the killing of unproductive bulls," a source in the Animal Husbandry department said.