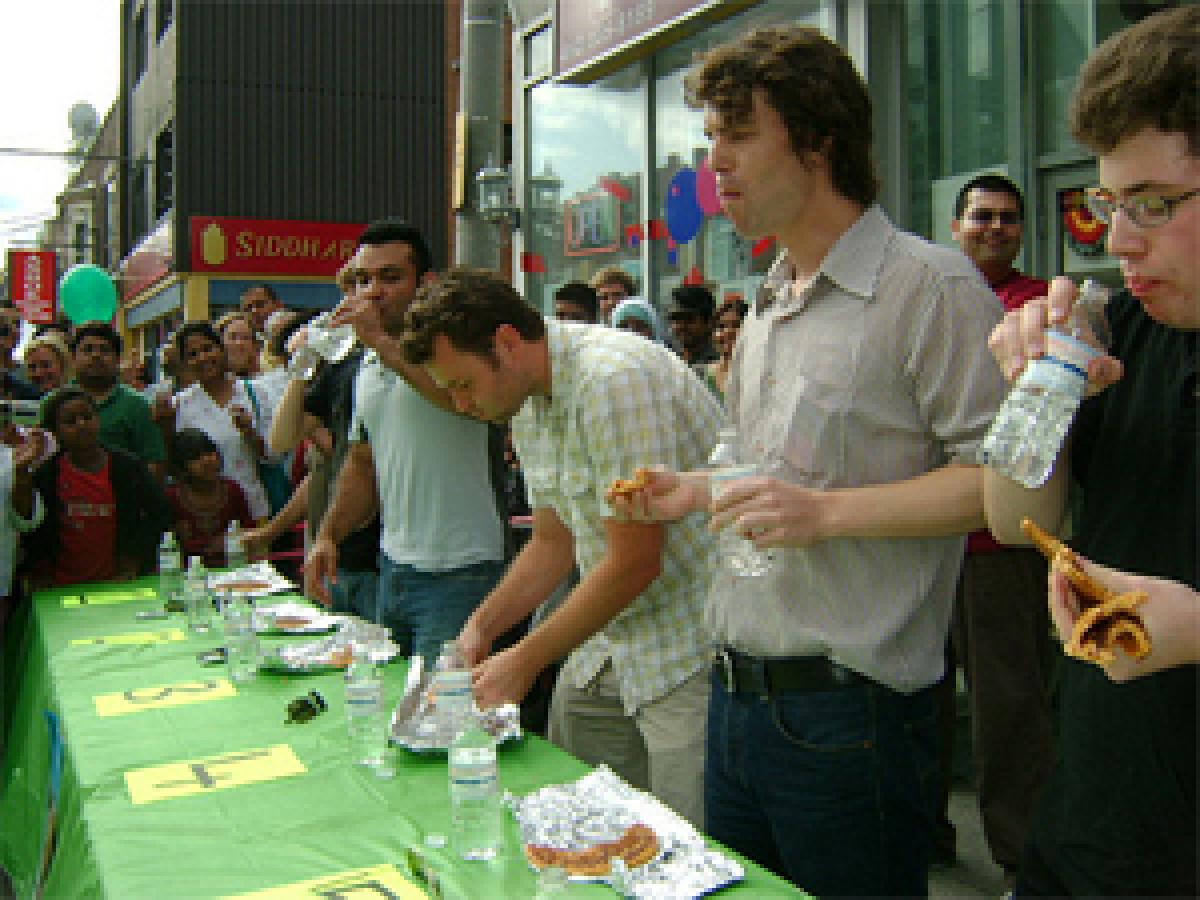 Toronto: An Indian restaurant here organised an eating competition requiring contestants to eat dosas which were six to seven times spicier than the spicy option the restaurant usually sells, a media report said.

Erica Johnston, 27, who had never before eaten a dosa, was declared the winner of the contest. She took away $100 in cash and gift certificates.

"My grandfather is actually from Pakistan," Johnston said after her victory. "He would make me a lot of spicy food growing up."

She found out about the competition from Facebook and decided to take part.

Contestants were required to eat as many spicy dosas as they can in two minutes.

Indian-origin Neeraj Kumar, 37, was the runner-up of this year's competition, marking its eighth year. "Winners never quit," he said, as he promised to return next year.