MIM to go it alone

MIM to go it alone. Majlis-e-Ittehadul Muslimeen (MIM) would not forge an alliance with any party for the Legislative Assembly and Lok Sabha elections in Andhra Pradesh, its chief Asaduddin Owaisi said.

Majlis-e-Ittehadul Muslimeen (MIM) would not forge an alliance with any party for the Legislative Assembly and Lok Sabha elections in Andhra Pradesh, its chief Asaduddin Owaisi said. 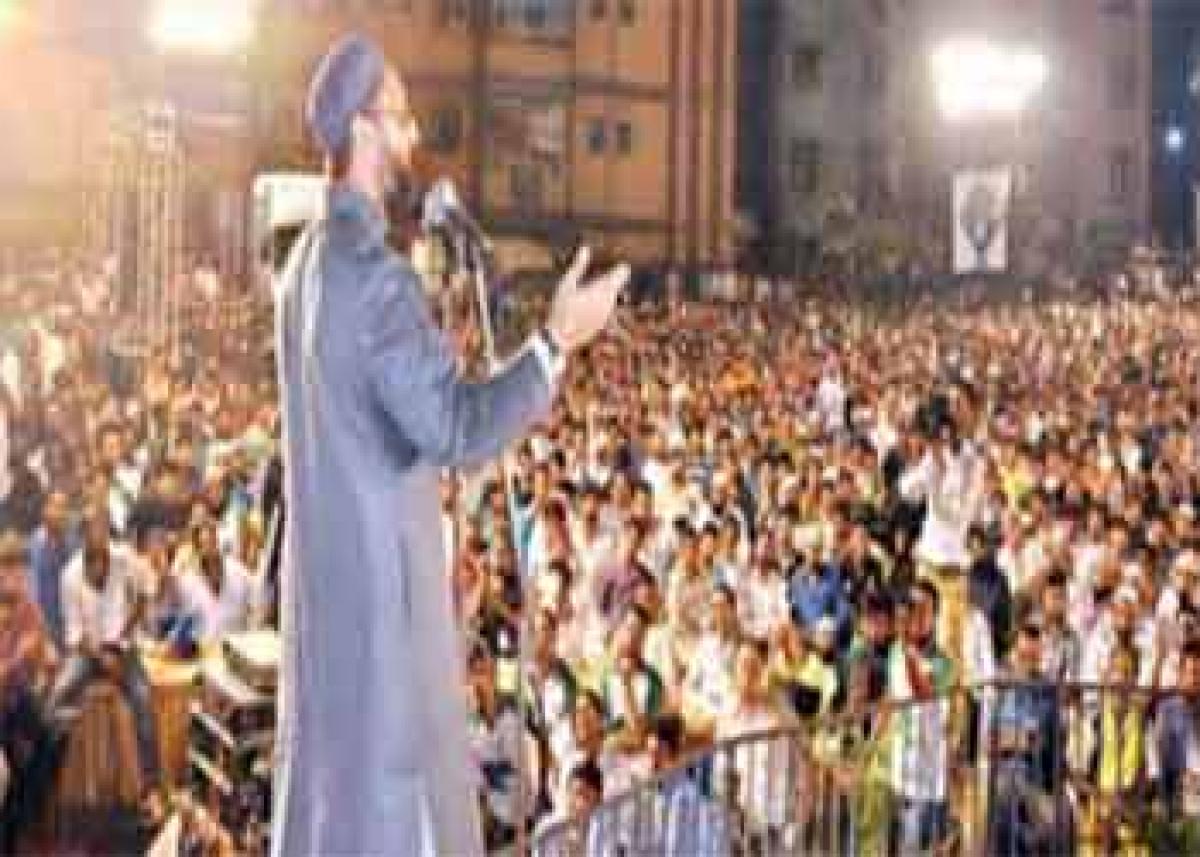 Even as the major political parties are still busy in finalising the names of the party candidates, Majlis-e-Ittehadul Muslimeen (MIM) president Asaduddin Owaisi filed his nomination for Hyderabad Lok Sabha constituency and announced that there would be no electoral alliance with any party.

Talking to media, Assaduddin said that MIM would go alone in the elections. The Congress and the Telangana Rashtra Samithi (TRS) both were keen to have an alliance with the MIM.

Asaduddin Owaisi, who is looking for a hat-trick from Hyderabad, said the city's development was the agenda of his party. He promised to take steps for attracting global investments to Hyderabad. The MIM chief also assured Seemandhra people living in Hyderabad that they will have no threat to life and property. The Muslim political party has been winning Hyderabad Lok Sabha seat since 1984.

The MIM has already announced candidates for seven assembly constituencies in Hyderabad. It has replaced two of the seven sitting legislators. The party, which so far remained confined to its stronghold of Hyderabad, this time plans to field candidates in the districts of both Telangana and Seemandhra.