Narendra Modi: It’s Ganga Mata’s Call, The filing of nomination papers in Varanasi by BJP Prime Ministerial candidate Narendra Modi on Thursday was a well-crafted strategy that was also loaded with symbolism.

New Delhi: The filing of nomination papers in Varanasi by BJP Prime Ministerial candidate Narendra Modi on Thursday was a well-crafted strategy that was also loaded with symbolism. Modi came out in flying colours as his move to file his papers on the day of polling for the sixth phase, which accounted for 117 constituencies, unnerved the Congress that rushed to the Election Commission, demanding action against him, as the event was telecast live. 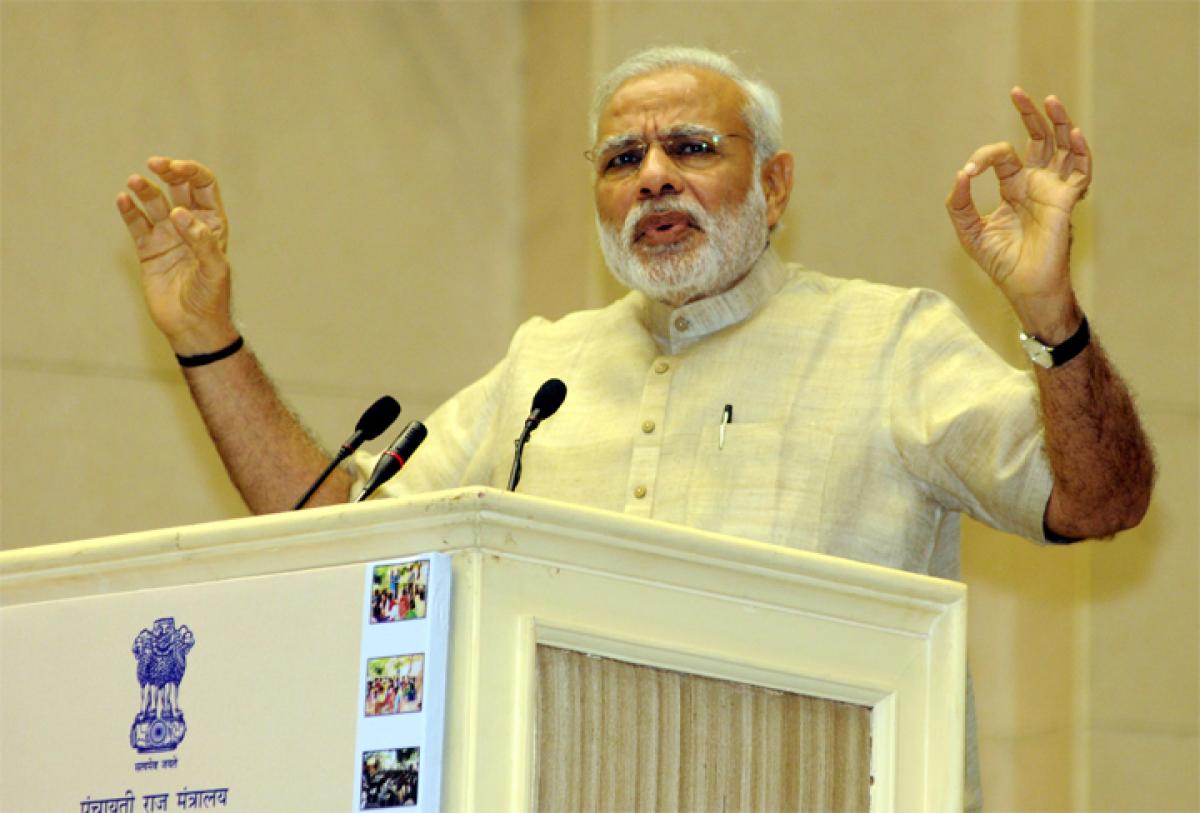 Modi, single-handedly, achieved a victory of sorts for himself not only in Varanasi but also in the remaining three phases, where he can influence voters in 84, 91 and 41 constituencies. The voters couldn’t have been more awed seeing the sea of humanity in the 2 km stretch that took Modi three hours to reach the collectorate, where he filed his nomination papers.

Varanasi was carefully chosen, as it was the Holy City of the Hindus. Ganga, which strikes a chord in the heart of every Hindu, was highlighted by Modi, by promising to clean it up. He vowed to make Varanasi the spiritual capital of the world. “A lot needs to be done to clean River Ganga. Ganga will become just like Sabarmati,” he declared.

Modi said, “I feel nobody has sent me but the Ganga has invited me. I have been called by Mother Ganga. Ganga should bless me so that I can make this a world popular place. I am blessed by Kashi and the love of people,” Modi said. “My coming to Varanasi is like a child going to his Mother. I have come to this divine land on the call of Ganga Mata,” Modi tweeted.

Modi chose to pay floral tributes to the selected Hindu icons like Swami Vivekananda, Congress righter-wingers Pandit Madan Mohan Malaviya and Sardar Patel to signal to his core constituency.Narendra Modi, who crafts his own poll-strategy, has left way behind the legendary Pramod Mahajan, the architect of Advani’s Ram Rath Yatra and even Arun Jaitley, considered to be the ace strategist of the party. His proposers were carefully picked to send out signals to different communities of the electorate. Giridhar Malaviya, who is the grandson of Benares Hindu University founder Pandit Madan Mohan Malviya, Padma Vibhishan Chhandu Lal Mishra, who is a noted classical singer besides boatman Virbhadra Nishad and weaver Ashok were his proposers. Though earlier, Shehnai maestro Ustad Bismillah Khan’s son, was also approached but he politely declined by saying that his family does not dabble in politics.