Is my politics ‘neech’ due to my ‘neechi jaati’?

Is My Politics ‘Neech’ Due to My ‘Neechi Jaati’? Countering Priyanka Gandhi Vadra’s ‘neech rajniti’ (low-level politics) remark, Narendra Modi on Tuesday questioned whether belonging to a lower caste (‘neechi jaati’) a crime and said he has “sold tea not the country.”

Domariyaganj (UP) (Agenices): Countering Priyanka Gandhi Vadra’s ‘neech rajniti’ (low-level politics) remark, Narendra Modi on Tuesday questioned whether belonging to a lower caste (‘neechi jaati’) a crime and said he has “sold tea not the country.” Addressing an election rally in Domariyaganj, BJP’s prime ministerial candidate said people from the lower castes have been looked down upon and made to sit “outside”. 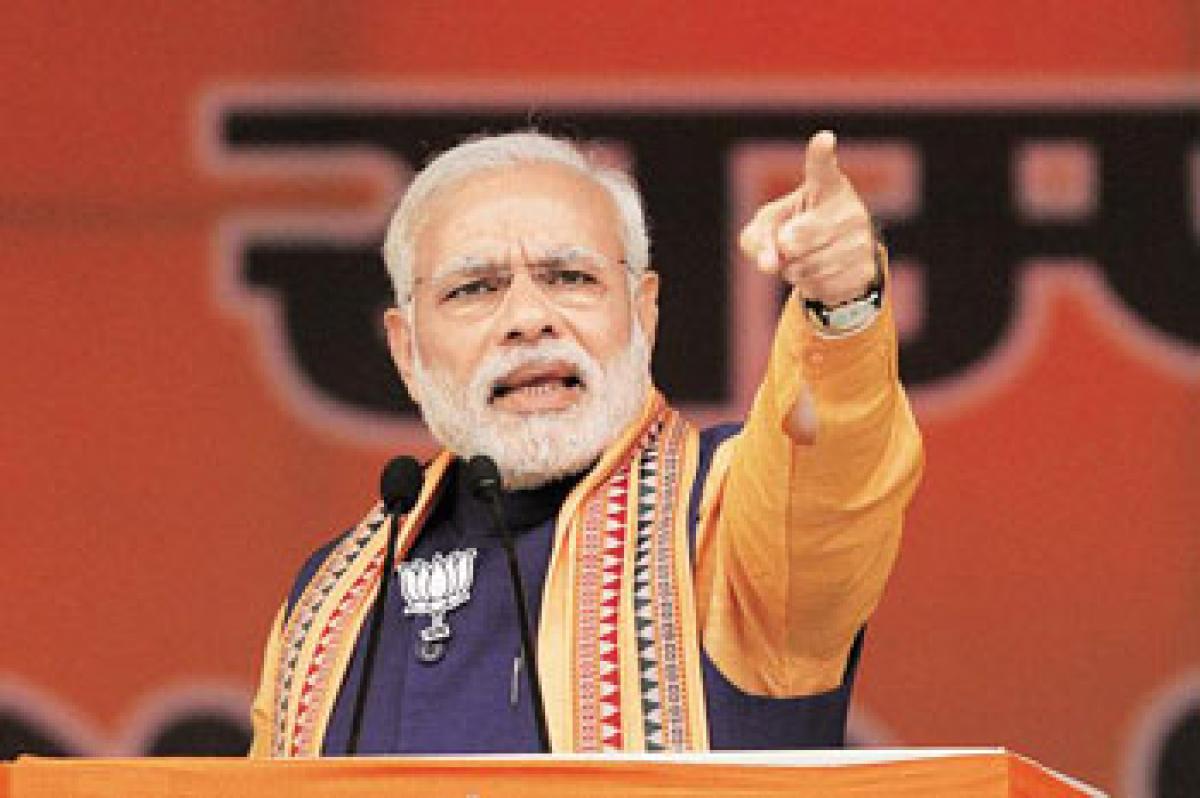 “You can insult Modi as much as you like, you can hang him. But do not insult the lower caste... I was attacked and dubbed as a tea-seller as if I had committed a crime. Questions were raised as to how he (Mr. Modi) can run the country... I have sold tea not the country,” he said in an oblique attack on Congress over corruption.

“I had said that Rajiv Gandhi insulted Andhra Pradesh Chief Minister D Anajaiah at the airport. The insult of Modi is okay but they said we are doing low-level politics. “Is it a crime to be born in backward caste? Did I insult anyone despite being born in backward caste? Such a dirty blame has been put on me,” he said, addressing the rally in support of party candidate Jagdambika Pal who had recently quit the Congress party to join the BJP. Priyanka Gandhi had on Monday hit out at Modi saying he insulted her “martyred” father Rajiv Gandhi during his speech in Amethi and accused Gujarat Chief Minister of indulging in “neech rajniti.” Modi further said that, “It is a fact that I was born in a backward caste but I can assure this country that my politics is not of low-level. I have a dream of one India, better India.”