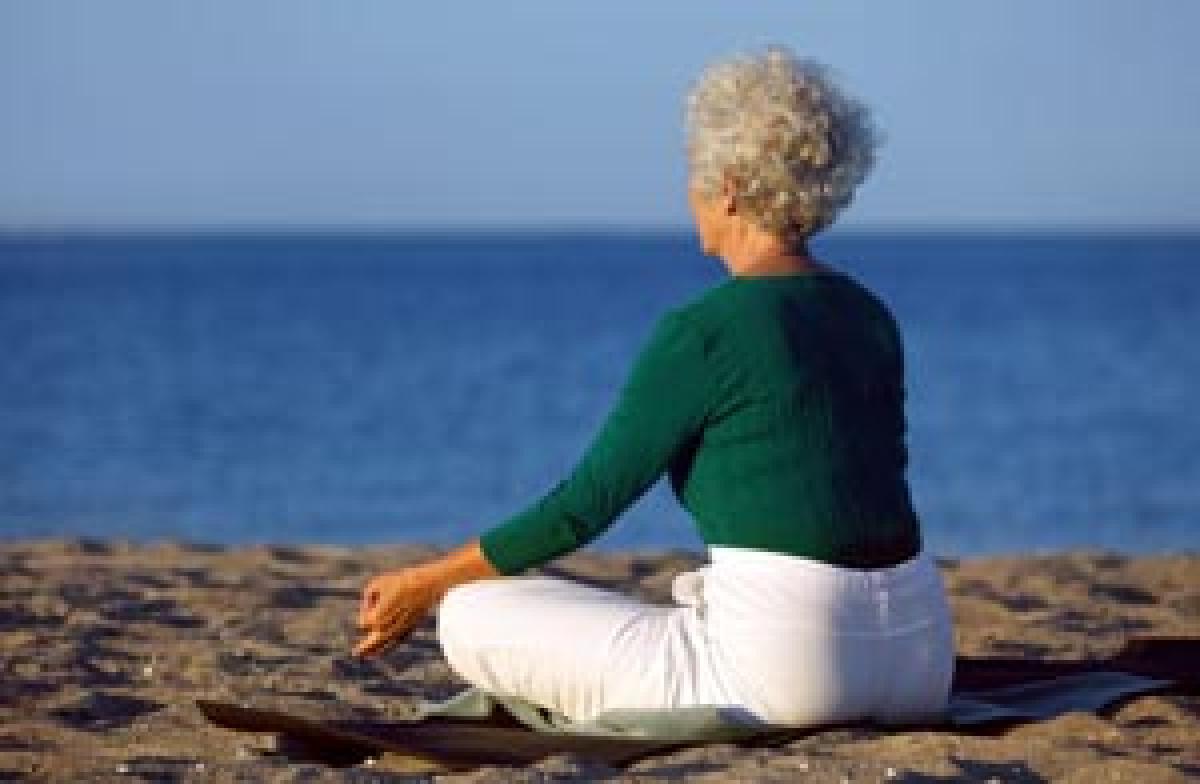 If you are trying to improve memory or offset the risk for developing memory loss or Alzheimer\'s disease, regular practice of yoga and meditation could be a simple, safe and low-cost solution to improving brain fitness, new research suggests.

If you are trying to improve memory or offset the risk for developing memory loss or Alzheimer's disease, regular practice of yoga and meditation could be a simple, safe and low-cost solution to improving brain fitness, new research suggests.

The team found that a three-month course of Kundalini yoga and Kirtan Kriya meditation practice helped minimise the cognitive and emotional problems that often precede Alzheimer's disease and other forms of dementia.

Kirtan Kriya, which involves chanting, hand movements and visualisation of light, has been practiced for hundreds of years in India as a way to prevent cognitive decline in older adults.

Yoga and meditation was even more effective than the memory enhancement exercises that have been considered the gold standard for managing mild cognitive impairment, the findings showed.

"Memory training was comparable to yoga with meditation in terms of improving memory, but yoga provided a broader benefit than memory training because it also helped with mood, anxiety and coping skills," said the study's senior author Helen Lavretsky, professor at University of California, Los Angeles, US.

The study was published in the Journal of Alzheimer's Disease. The study of 25 participants, all over the age of 55, measured changes not just in behaviour but also in brain activity.

Eleven participants received one hour a week of memory enhancement training and spent 20 minutes a day performing memory exercises -- verbal and visual association and other practical strategies for improving memory, based on research-backed techniques.

The other 14 participants took a one-hour class once a week in Kundalini yoga and practiced 20 Kirtan Kriya meditation at home for 20 minutes each day.

After 12 weeks, the researchers saw similar improvements among participants in both groups in verbal memory skills -- which come into play for remembering names and lists of words.

But those who had practiced yoga and meditation had better improvements than the other participants in visual-spatial memory skills, which come into play for recalling locations and navigating while walking or driving.

"Historically and anecdotally, yoga has been thought to be beneficial in ageing well, but this is the scientific demonstration of that benefit," lead author of the study Harris Eyre, doctoral candidate at University of Adelaide in Australia, said.

"We're converting historical wisdom into the high level of evidence required for doctors to recommend therapy to their patients," Eyre noted.