Art and culture in news 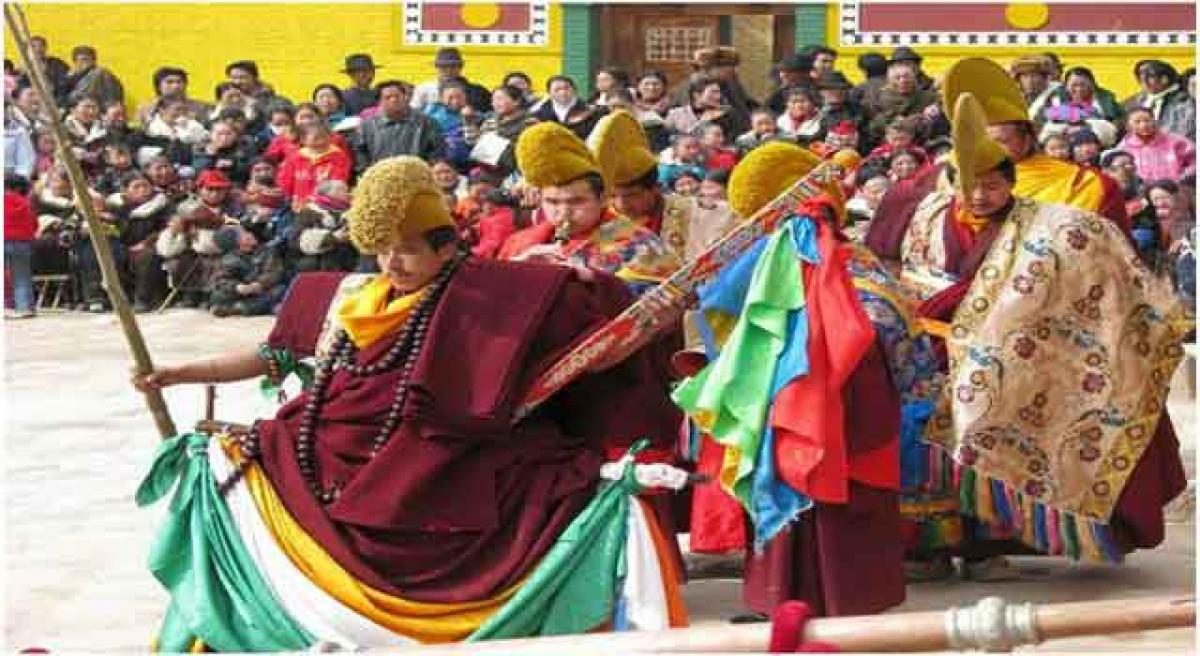 Here are the major topics which have been in news recently and there is a possibility that UPSC might pose a question from any of the latest happenings.

Here are the major topics which have been in news recently and there is a possibility that UPSC might pose a question from any of the latest happenings.

Nada Kusti
Nada Kusti has made it to the cover page of an international publication, ‘Beyond the Body’, with 183black-and-white pictures by renowned Polish photographer Tomasz Gudzowaty that document traditional games that are fading into oblivion. This ancient sport, which received royal patronage for centuries and was supported by philanthropists, is struggling, with many of the over 70 ‘garadis’ (gymnasiums) in the city and 150 in the district being on the verge of closure.

Raja Wadiyar , launched the form of wrestling in organized form in the 16th century, reaching zenith during the rule of Krishna Wadiyar IV. The Indian form of wrestling flourished in Mysore producing classic wrestlers such as Koppal Basavaiah and Channaboranna, who made a mark in the international arena too. Today, the sport is no more than a form of rural entertainment and is largely confined to the Dasara festivities.

The objective is to showcase and discover the cultural diversity and heritage of Ganga river basin, to spread necessary awareness to the masses about safeguarding and rejuvenating the Ganga.It is also pursuing idea of cultural exchange. In view of this, the yatra is divided into part, the central point being Varanasi. The art forms from confluence to Varanasi will be presented in the lower part.

During the Yatra, a survey and documentation on the art forms and cultural heritage of Ganga will be published at the commencement of the series.The Ganga is one of the major rivers of the Indian subcontinent; it is the longest river in India and flows for around 1,569 miles (2,525 KM) from the Himalayan Mountains to the Bay of Bengal and heavily populated with over 400 million people living in the basin.

Rukmani Devi Arundale
Rukmini Devi Arundale was a reputed dancer and choreographer of Bharatnatyam, an Indian classical dance form. Her charismatic personality and contribution to the renaissance of Indian Classical music attained her niche in the arena of Indian culture. Search engine giant Google celebrated the 112nd birth anniversary of Rukmini Devi Arundale through a doodle.

It featured a depiction of her in traditional dance attire with flowers in her hair holding up a mudra. She was also a theosophist, and an activist for animal rights. She is considered the most important revivalist in the Indian classical dance form of Bharatnatyam from its original 'sadhir' style, prevalent amongst the temple dancers, Devadasis, she also worked for the re establishment of traditional Indian arts and crafts.

She was awarded the Padma Bhushan in 1956 and Sangeet Natak Akademi Fellowship in 1967. She is also an institution-builder who built a public cultural and educational centre known as Kalakshetra. Rukmini Devi first met Dr George Arundale, in 1917. He was an active member of the Theosophical Society. Arundale was also in-charge of the organization's paper, "New India". Fascinated by Rukmini Devi's love for the mankind and humanity, Dr Arundale, in 1920, married her.

The project also envisages the conservation of archaeological monuments within 125 square kilometres spread across Thrissur and Ernakulam districts. Muziris was a large port of ancient times on West Coast of Kerala, trading everything from preciousstones to spices. Muziris was the doorway for cultures, religions and races into India.

Large ships of ocean tradersfrequented it from across the world, including Arabs, Egyptians, Greeks, Romans and Chinese. It is believed that a devastating flood that changed the course of the Periyar River or an earthquake inthe 14th century led to the decline of Muziris.

Next phase of the project is the ‘Spice Route Initiative’, which will explore the international connectionsand linkages that the Malabar Coast had with many parts of the world. This phase is to be implemented with the support of UNESCO and United Nations World Tourism Organisation.

Losar Festival
Losar, the biggest Tibetan Buddhist Festival began on 12 December 2015 in Ladakh region of Jammu and Kashmir. Losar is celebrated for 15 days, with the main celebrations on the first three days. On the first day of Losar, a beverage called changkol is made fromchhaang (a Tibetan cousin of beer). The second day of Losar is known as King's Losar (gyalpolosar). Losar is traditionally preceded by the five day practice of Vajrakilaya.

In Ladakh, Losar is regarded as the most important socio-religious event. The festival is marked by making offerings to the Gods, both in Gompas and their shrines. The celebrations are an amalgamation of ancient rituals, staged dance dramas, the dance of the Ibex deer and lots of music, dance and revelry for the people. The auspicious images of the Ibex deer and other symbols are made on the door, walls of kitchen and wooden columns to welcome the New Year.

Losar is marked with ancient ceremonies that represent the struggle between good and evil. Watching the popular “Metho” ceremony, where hundreds of people carrying flaming torches and chanting prayers parade through the streets to chase away evil spirits and hungry ghosts, is an experience of a lifetime. These blazing torches, which are eventually thrown away, are supposed to ward off the evil and is a spectacular way to bid farewell to the old year and welcome the new.

The images were found in both natural caverns and man-made caves. An unfinished Buddhist chaitya and a vihara were found in two man-made caves in the group. A chaitya is a Buddhist prayer hall with a stupa at one end. A vihara is a monastery. The Buddhist rock-cut architecture found in these caves belongs to the Hinayana phase of Buddhism.

It is an important discovery since it provides evidence for the existence of rock art images in this region of Maharashtra. A striking image found was that of a mythical figure, perhaps a demon. Other paintings reflected everyday life and occupations such as hunting deer. The style and articulation of these paintings suggest that they have been drawn during the late historical period of second century B.C. onwards.

Mrinalini Sarabhai
Mrinalini Sarabhai, was an Indian classical dancer, choreographer and instructor who passed away on the 21st of January 2016. She was 97 at the time of her death. She was the founder of the Darpana Academy of Performing Arts, an institute for imparting training in dance, drama, music and puppetry, in the city of Ahmedabad.

Trained in Bharatnatyam, Kathakali and Mohiniyattom, she was educated at Shantiniketan under Rabindranath Tagore. She was married to the architect of India's space programme, Dr Vikram Sarabhai. She was a poet, writer and environmentalist and played a leading role in the social and art scene in Ahmedabad.

Mrinalini’s dance legacy is now in its third generation. She is survived by her daughter, Mallika, a dancer and political activist. Her grandson Revanta is an emerging choreographer, with roots in classical and contemporary dance forms, while her granddaughter Anahita pursues various interests in dance and choreography.