For there is virtue in waiting 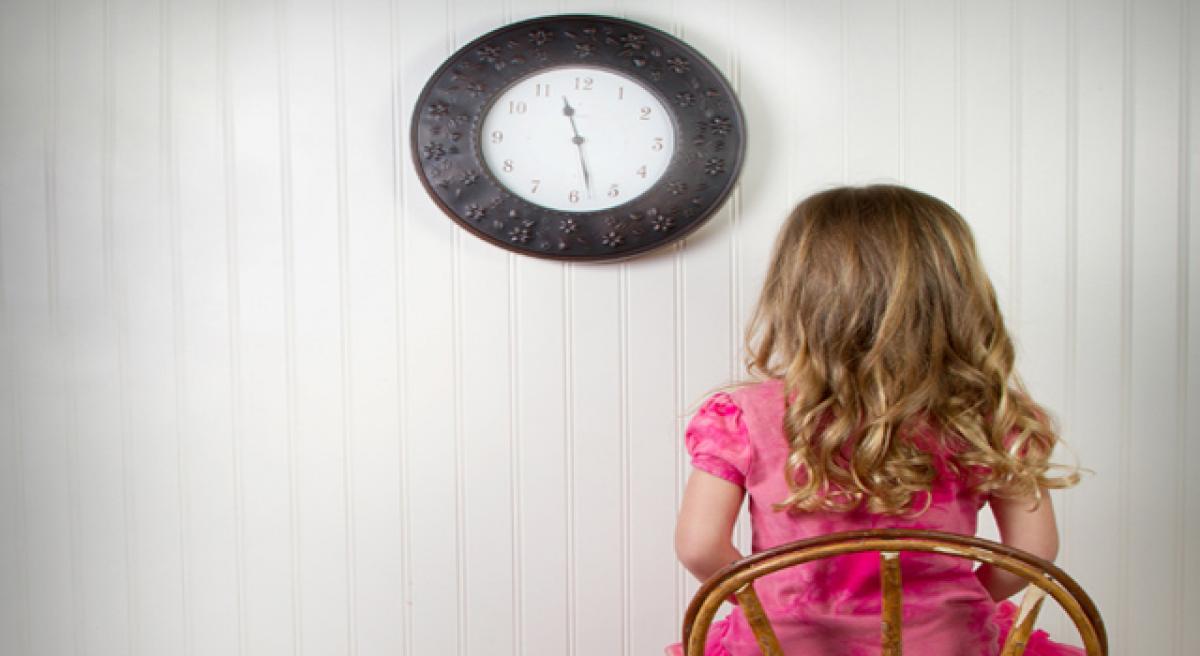 In the era of instant-gratification, waiting is a strange word. No one wants to wait. Everyone is on the speed trip and living life in the fastlane. Things are instantly available and on tap. In the earlier days we had to go to the shop to buy things. Now we can buy anywhere, anything, at any time.

In the era of instant-gratification, waiting is a strange word. No one wants to wait. Everyone is on the speed trip and living life in the fastlane. Things are instantly available and on tap. In the earlier days we had to go to the shop to buy things. Now we can buy anywhere, anything, at any time.

This is leading to a generation of jaded people who lack the simple pleasures of life. John Milton has very famously said “They also serve those who stand and wait”.

We are captivated by successful people who made it big and tend to treat ourselves with utter contempt and disdain. It is as if we are not worthy in our own eyes. But that is not true. Like Milton has said, each one of us has a purpose in this world and it is up to ourselves to live up to our true potential.

Anticipation, anxiety, anything to do with a wait is most often seen as a bane to our existence. Why wait when everything around spins just as you snap your fingers? Why wait when time has become more precious than diamonds? In this age people have actually forgotten the pros in actually waiting. We see it as a nuisance instead of the gift that it is.

Success comes to some in a jiffy and many others will have to wait for it to come after many attempts and failures. Vinod Kambli had once said “Sachin Tendulkar had it lucky. He took an elevator to success. Ordinary mortals like me have to arduously climb the stairs laboriously to reach the top”

“Bhagwan ke ghar mey der hai, andher nahi”. There can be delay in God's home but there is no scope for darkness. All is fair in life even if there are slight delays. What has to be given to us will be given. We need to be patient and willing to wait.

My father is a civil engineer and our family spent seven wonderful years in Nagarjuna sagar, Andhra Pradesh from 1967 to 1975. My sisters and I had an idyllic childhood; full of excitement, self-learning and innocence. There were lots of time spend in waiting for things to happen. During that time, waiting was a virtue in itself.

Things would not happen automatically like they do now. We needed to have patience and had to imagine a lot. Even today the most creative people in the world are ferocious book readers. Book reading is a creative process. We have to imagine things as we read along. Everyone’s imagination is unique.

That is the sole reason why each book reader relishes the book differently from everyone else. Compare it to Television. Television is a one-dimensional media and we have to view things from the director’s perspective only. There is no scope for imagination. No wonder, Television is called an idiots’ box!

The waiting made the things sweeter and more excitable. We used to wait with baited breath for the English newspaper to arrive in the afternoon. There was no TV and radio telecasts were irregular and rudimentary. The habit of daily newspaper reading has stood me in good stead in the decades to come.

We also waited for the arrival of the Children’s monthly magazine “Chandamama”. We were at tender hooks when the other sibling was reading the exlusive and once in a month available wonder - Chandamama. Watching a movie was an experience in itself. We used to debate and argue about the best movie to watch. We had to wait for an entire month and it was critical that we did not make a wrong movie choice.

Contrast that with the more than 100 movies that one can watch today, on the television, computer, laptop and even in our mobiles. No wonder the present generation is so blasé and callous about the craft of movie making. They have too much choice and they don’t need to wait.

I have noticed viewers who continuously text and chat in a theatre even when they are watching a tense and suspense filled scene. Waiting for something is very important to understand its true value. 1978 was the year when Television was telecast for the first time in Hyderabad. Programming was limited to one hour per day.

Most of the programmes telecast were insipid and colorless. But the waiting made the viewing worth it. We used to wait with anticipation for the rotating rings of the Doordarshan to appear on the TV set. The wonderful world of entertainment was about to unfold itself in front of our unbelieving eyes.

Venkat Ramana Colony, Khairatabad had only 4 black and white TVs and I vividly remember pleading and beseeching a TV owner along with many of my friends to put his Black and white TV out in the portico for all the colony kids to watch and enjoy the Sunday evening movie, the only one that would be telecast in a week.

The waiting for the movie made it all worth, never mind sitting on the uncomfortable road temporarily converted into an impromptu TV viewing arena.

Sterling examples of famous people who tasted success after lot of waiting include:

Colonel Sanders: was an American businessman, best known for the fast food chicken restaurant chain Kentucky Fried Chicken (KFC). His name and image are still symbols of the company. Sanders held a number of jobs in his early life; He began selling Fried chicken during the Great American Depression in the 1930s.

Sanders recognized the potential of the restaurant franchising concept, and the first KFC franchise opened in Utah in 1952. He was 62 years old at that time. In the era of modern entrepreneurs most of whom are in early twenties, this might come as a big shock. Colonel Sanders waited till his retirement to start one of the biggest fast food businesses in the world.

Erle Stanley Gardner: The creator of Perry Mason is one of the most loved, popular and admired mystery writers of the world. Gardner has been dead for many years but his books are still being purchased, even today. There is only one mystery writer who sells even better than Gardner himself, the impeccable Agatha Christie.

Erle Stanley Gardner was a successful criminal lawyer. It is said that he never lost a case. But he got bored with his criminal practice. Gardner had tried other jobs and had some success in sales. In 1921, he started writing fiction.Gardner had a drawfull of rejection slips (publishing companies rejecting his works) before he finally sold a short story called "The Shrieking Skeleton" to Black Mask Magazine in 1923. He had to wait for two years before his first story got published.

It was in 1933 that Erle Stanley Gardner’s first novel “The case of the Velvet claws” was published, a good 12 years after he started to write. If Erle Stanley Gardnerhad not waited for 12 years to publish his novels, millions of readers would have missed the pleasure of reading his numerous suspense filled and extremely knowledgeable novels.

Even today Erle Stanley Garner’s Perry Mason series remain a must read for all aspiring law students. Perry Mason novels dramatically demonstrate how criminal lawyers have to study available evidence and builda strong case and argue persuasively to win first the confidence of the presiding judge and finally the case itself. Why do we need to develop the ability to wait? The following reasons might clear our mental cobwebs,

1. Waiting brings increased pleasure: When we wait forthings to happen, there is anticipation and excitement. Waiting means more pleasure. That is the sole reason why parents keep harping on the point “you would know the pleasure of the purchase only if you had bought it with your own money”. If we were to buy even a pair of shoes with our own money we would know its value. In earlier days buying a house or a car was once in a life time event. As people waited for an entire life they derived more pleasure from its possession and usage.

2. Waiting brings self-control: Too much of anything could be self-destructive. Waiting would entail exercising tremendous self-control. As the things that we want are not available, that need has to be postponed. A Zen zone has to be created. A Zen zone is a zone where abstinence itself becomes an integral part of life.

3. Waiting helps us manage with less: When we have to wait for a thing, even small quantities can bring in great pleasure. For a person who is starving even a small piece of bread is mannah from the heaven. For a person who is strictly not eating sweets a small glass of sweetened orange juice itself would taste as sweet as a Gulab Jamoon!

4. Waiting will make us treat things better: As we are getting things after lot of waiting we would treat things with more respect and would tend to make them last longer. Check with your parents. They might still be wearing the HMT watch that they must have bought 3 or 4 decades ago!

5. Waiting allows us guilt free enjoyment: We have started to love debt. Most people have multiple debit and credit cards and we blow money as if there is no tomorrow. But even the most free spending people are sometimes filled with guilt. Guilt of buying something on credit,which they have to repay through their noses. But if we wait, plan the budget and buy things carefully, without credit, we can enjoy the product usage without any feeling of guilt.

6. Waiting lets us feel and experience life more deeply: We don’t understand something unless we experience it. Fasting is advocated in all religion as a penance so that we can understand the pangs of hunger. Waiting to eat when our stomach is crying for nourishment and nutrition is the best way to connect with the poor of the world.

7. It is as much about the journey as it is about the destination: The most important thing about an event is the waiting for the event to unfold. The marriage ceremony or the foreign country trip would get finished in a flash but the excitement, the waiting and the anticipation of the event makes the event more memorable and linger on for a life time. The journey is as exciting as the destination itself.

8. Waiting increases Strength and discipline: Waiting makes people stronger. Ramayana and Mahabharata our epic puranas are both about waiting. The heir apparent in both cases had to wait for 14 and 13 long years respectively before they were anointed as kings. They had to wait and understand the problems of the common man before they could rule. If something is achieved after pain and waiting it would be treasured for a long time.

By: Dr M Anil Ramesh
(The author is a Director-Academic, Siva Sivani Institute of Management, a premier B-School in Hyderabad. Send in your queries: [email protected] and [email protected])