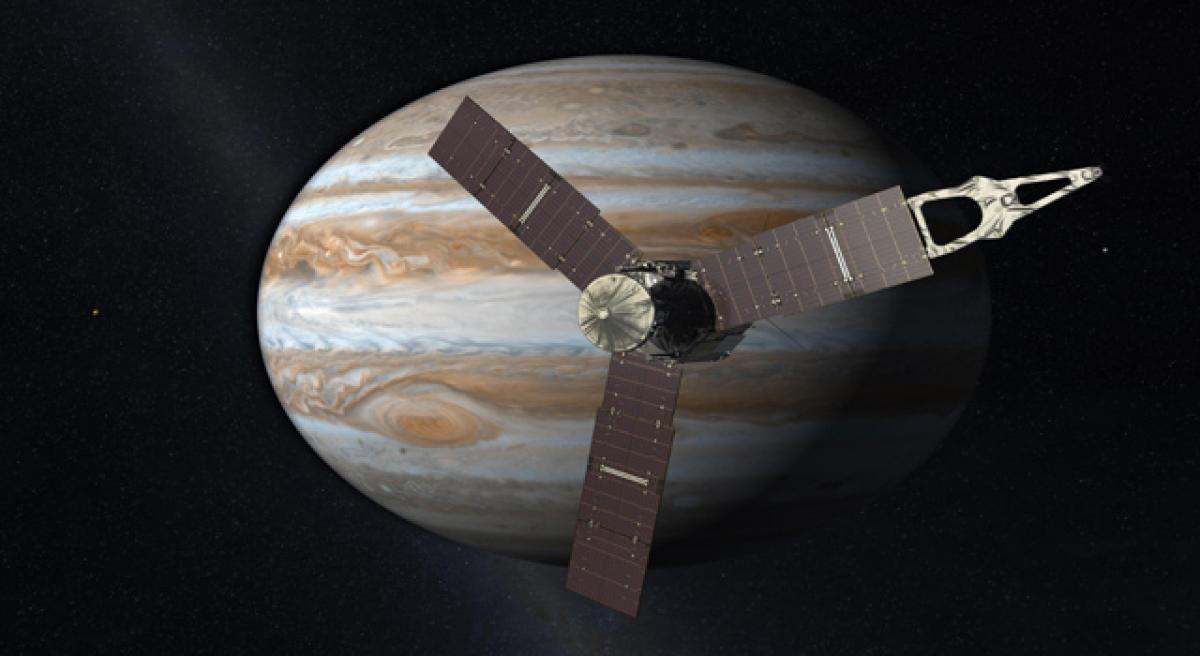 The NASA team has scheduled a short trajectory correction maneuver for Juno spacecraft on July 13 to refine the orbit around Jupiter.

​Washington: The NASA team has scheduled a short trajectory correction maneuver for Juno spacecraft on July 13 to refine the orbit around Jupiter.

Juno successfully entered Jupiter's orbit during a 35-minute engine burn on July 4. The engineers and scientists are now working for a swift Juno's operation around the largest planetary inhabitant in the solar system.

“We are in our planned 53.4 day orbit. Now we are focusing on preparing for our fourth and final main engine burn, which will put us in our 14-day science orbit on October 19,” informed Rick Nybakken, project manager for Juno from NASA's Jet Propulsion Laboratory in Pasadena, California.

Juno’s science instruments had been turned off in the days leading up to Jupiter orbit insertion. The next time Juno’s orbit carries it close by the planet will be on August 27. The flyby is expected to provide some preliminary science data.

The 1,600 kg spacecraft will circle the Jovian world 37 times during 20 months, skimming to within 5,000 km above the cloud tops.

With its suite of nine science instruments, Juno will investigate the existence of a solid planetary core, map Jupiter's intense magnetic field, measure the amount of water and ammonia in the deep atmosphere and observe the planet's auroras.

The mission will also let us take a giant step forward in our understanding of how giant planets form and the role these titans played in putting together the rest of the solar system.

As our primary example of a giant planet, Jupiter can also provide critical knowledge for understanding the planetary systems being discovered around other stars.