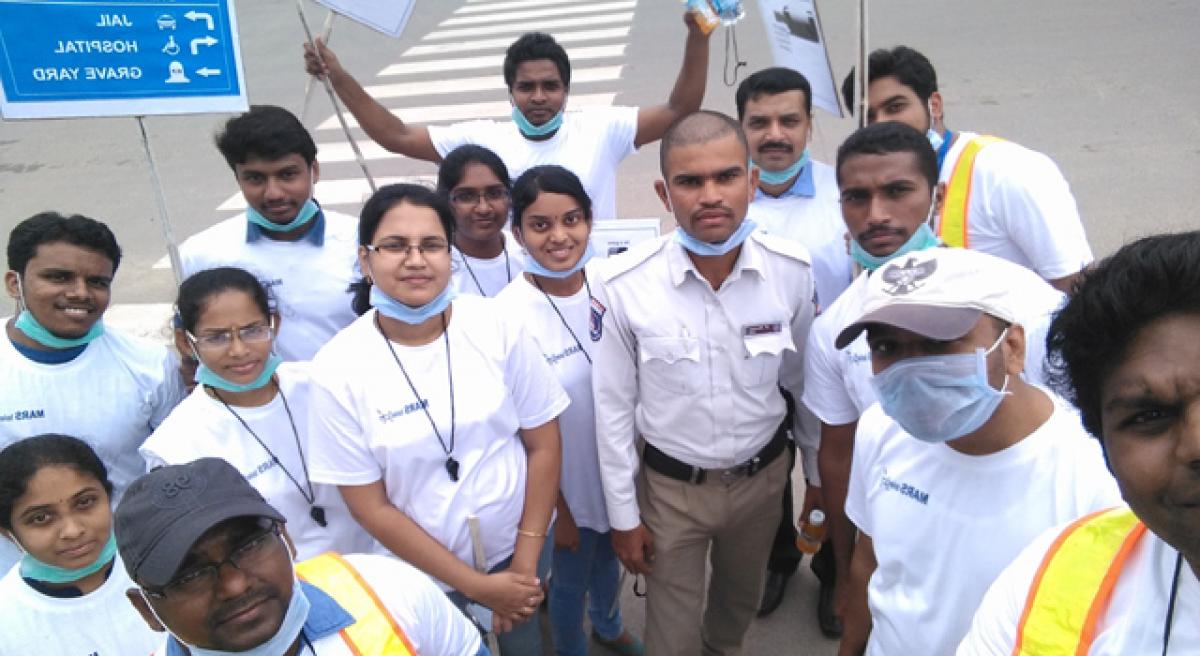 The eye-catchy slogans were a huge hit with the office goers and many appreciated the initiative, which was organised as part of CSR initiative of the company.

Speaking after the camping, Ramesh Sundaresan, MD of MARS Telecom said, “Despite growing public awareness, all the warnings and stiffer penalties for violations, we see people will still get behind the wheel of their vehicles while intoxicated.

Problem is further compounded by cell phone usage while driving. “Our employees wanted to highlight these risks by having regular awareness campaigns and plans are afoot to hold such programmes covering other parts of the city as well,” he said.