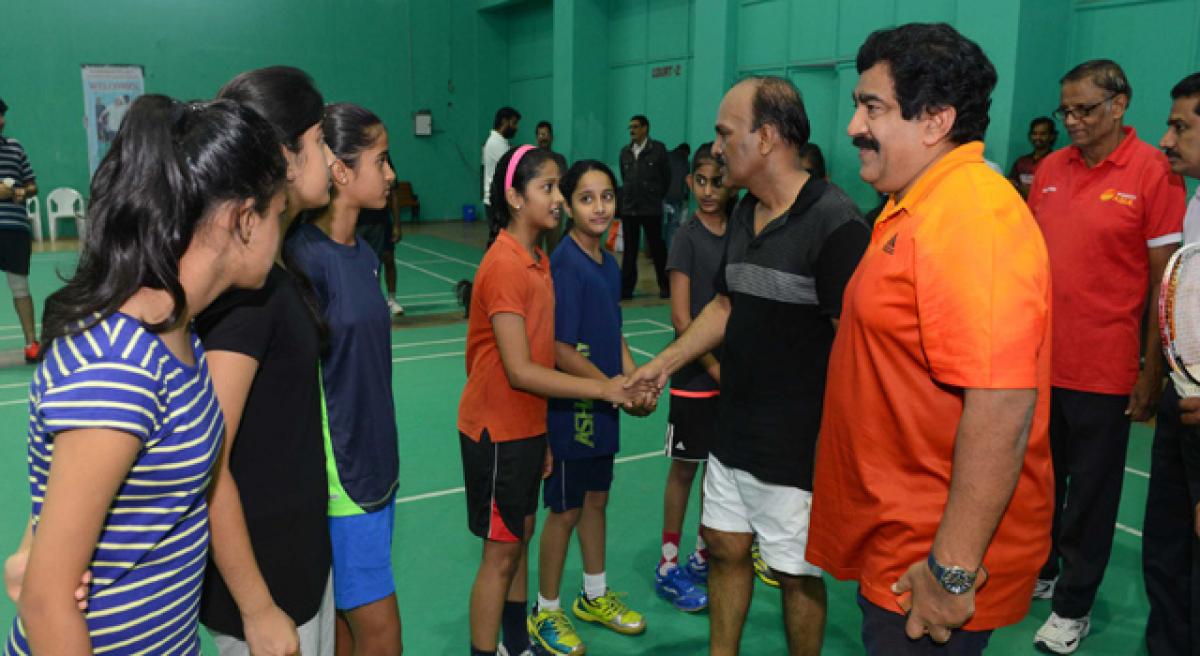 Over 650 boys and girls will be taking part in the five-day Championship, which will have Regu and Doubles events in both the categories.

The Annual General Body meeting and election of the Sepak Takraw Federation of India will also be held during the championship.

Cricket selections
Visionary Junior College will be conducting selection trials for U-19 cricket team for the Eddie Aibara Cup tournament organised by the Hyderabad Cricket Association at CCOB Cricket Academy, Quli Qutub Shah Stadium from 7am to 9am on July 27 and 28. For further details contact head coach Mohammed Farooq on Tel No: 92465-34967.

Carrom selections
Hyderabad Carrom Association will be sending team for the South India invitation Carrom championship to be conducted by PR Club, Chilakaluripet on July 30 and 31. BK Haranath, President, HCA in a press release said that the association will field entries of players who have aggregated at least eight points. All the entries for the region will be routed through the association.