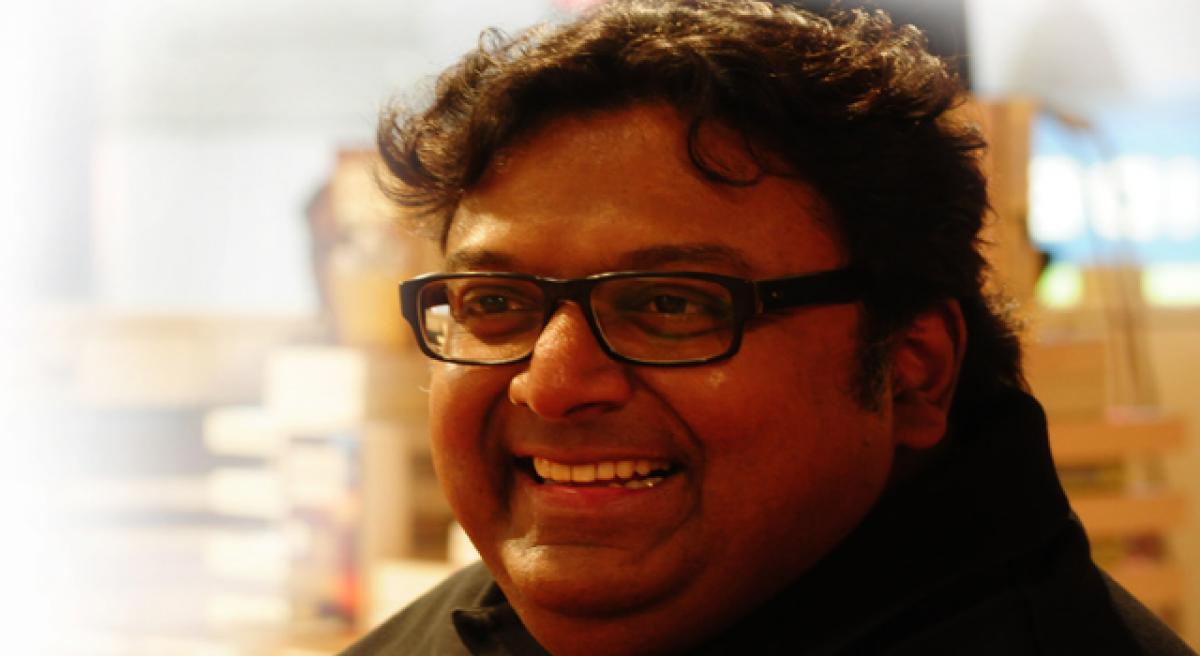 Master storyteller, spinner of yarns...says the book jacket review of Ashwin Sanghi\'s \'The Sialkot Saga\'. And what an amazing weave it is with the past and present forming the warp and weft of the finest fabric embellished with the most momentous to trailblazing events of Indian history post-independence

Master storyteller, spinner of yarns...says the book jacket review of Ashwin Sanghi's 'The Sialkot Saga'. And what an amazing weave it is with the past and present forming the warp and weft of the finest fabric embellished with the most momentous to trailblazing events of Indian history post-independence and the life threads of two ruthless individuals separated by fate and connected by destiny that goes back centuries - a shared legacy with Emperor Ashoka, Samudragupta, Harsha, Krishnadevaraya and such others kings, who were as much known for their benevolence as they were known for their monumental wealth.

"I wondered about their enormous prosperity and the source of such wealth. If it was during current times, they would have had to give an account of their source of wealth to the income tax department," Ashwin Sanghi laughs as he relates the thread of mystery that makes 'The Sialkot Saga' more than just a story of Arvind and Arbaaz, two businessmen and the plots, murky dealings, murderous aspirations that mark their business world.

“What I realised, having grown up in a business family, is that there is a lot I knew of the business culture around me. In ‘Chanakya’s Chant’ I wrote about games people play in politics; What about games that people play in business? Politics and business are two sides of the same coin. So, I wondered if there was a way I can do a story, which brings that out – That is where Sialkot Saga comes from,” he shared.

However, what enriches the story that runs into 584 pages is the tapestry of events bringing is the many aspects of Indian history in its many facets, that is not just political – if there is a mention of the first nuclear test, there is also the mention of the film ‘Sholay’ running into the 52nd week.

Ashwin says, “From my perspective, I genuinely feel that a book should entertain, and in addition, give information and enlighten. Most of our history books stop at 1947 as if there is no history left since then. There is 70 years of rich history. I wanted youngsters and the new generation to know what happened in these years.”

“It was easy writing about the kings; there was enough information available. However, it was that much difficult to write about what happened in the last 40 years,” he adds.

With such enormous information, Ashwin’s ‘The Sialkot Saga’ could easily have become a lesson in history, but the storyteller has shown his skill in weaving this gripping pager turner. He relates, “In our schools, we seem to take an exceptional effort to make our history boring.

History class meant you had this textbook and you had been quizzed on whether you knew the dates, wars, kings and temple structures and how many pillars that had. History can be treated as a story and kids can sit with that story. When I was in my early teens, I was reading Amar Chitra Katha with fascination.

There were huge gaps even in Amar Chitra Katha storytelling because they did not make an effort to be historically accurate. But they made you realise that these historical incidents can be that much interesting. Further, my maternal grandfather would continuously bombard me with books, so whenever I would raise an interesting issue with him, he would send a book.

And once he sent me Dominique Lapierre’s ‘Freedom at Midnight’ – where the entire freedom struggle becomes a story and you want to turn page after page. And this made me think – Can we give history another life, and ‘The Sialkot Saga’ is just that.
”
Explaining the underlying philosophy of his novel, he says, “We run after proverbial gold; but after we acquire it, then what? You suddenly realise that it does not give you happiness. What should be the gold a means to? Where should you be going? Gold is the transition point in order for you to attain something more meaningful -That is really what I was trying to bring out through the book.”