Amarkantak An ode to the immortal 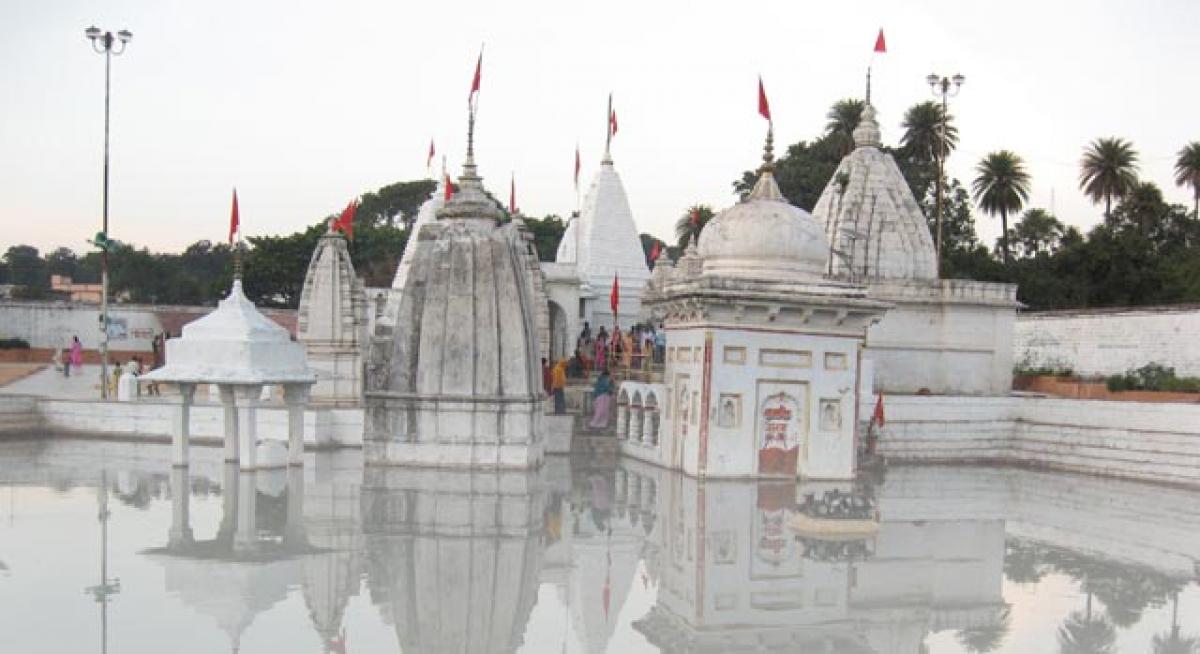 In one of my junior classes, we had a lesson titled “Meri Amarkantak Yatra.” Although I fail to recall the name of the author, the excellent manner in which he had described the place remained stuck in my mind and created in me an urge to visit Amarkantak.

In one of my junior classes, we had a lesson titled “Meri Amarkantak Yatra.” Although I fail to recall the name of the author, the excellent manner in which he had described the place remained stuck in my mind and created in me an urge to visit Amarkantak. I finally had a chance to visit the place some months ago and it really lived up to the picture created in my mind.

Amarkantak, which lies amongst the thick forest covering in the hills of Maikal Mountain Range, owes its religious significance to the fact that it’s the place of origin of three rivers- Narmada, Sone and the much lesser known Johila. The Narmada is a beautiful river which is worshipped as a goddess and its pious water is believed to have a purifying effect on mind and soul. There are sixty crores and sixty thousand holy ghats on this river around Amarkantak. Anybody who dies by fire, by drowning or by fast at Amarkantak is believed to have attained salvation and freed from the cycle of rebirth.

Amarkantak is a Sanskrit word, which literally means immortal (amar) obstruction (kantak). The story goes that the place was the abode of gods but was disturbed by the hindrances of Rudraganas (Army of Lord Shiva) and hence called Amarkantak. Situated at an altitude of 1000 m, Amarkantak is a well frequented Hindu pilgrimage centre. It is popularly known as ‘teerthraj’ or ‘the king of pilgrimages’.

Amarkantak finds a mention in the Meghaduta of Kalidasa. The Adi-Khanda of Padma Purana also states that one who goes to Amarkantak Mountain will be born on earth as a king and reign as supreme emperor. Amarkantak has many old and beautiful temples with powerful uplifting aura which makes one feel truly blessed. From Narmada Udgam Temple, ancient Temples of Kalachuri, Son Udgam Temple, Amareshwar Mahadev Temple to Jwaleshwar Temple, there are many choices.

The ambience at the place is perfect for the pious souls. Amarkantak also has been home to the popular 15th-century Indian mystic and poet Kabir’s meditation practices. He is said to have meditated on Kabir Chabutra, which is popularly known as the platform of Kabir. There are many other spots here associated with the names of many other ancient sages such as Bhrigu, Kapil , Adi Sankaracharya , to name a few.

Considering the religious belief and sentiments of people attached with the Narmada, we were keen to see the origin point of the holy river. So Narmadakund and associated temples were the first destinations of a visit on our agenda. According to a legend, in ancient times Lord Shiva had blessed the Narmada with unique purifying powers. The story goes that to purify oneself, one need to take a dip in the holy Ganges, pray for seven days on the banks of Yamuna, but mere a sight of Narmada is enough. As per another folktale, every year when the Ganges is polluted beyond tolerance, she assumes the form of a dark woman and visits the Narmada to take a cleansing dip in its waters.

There are almost a dozen temples at the Narmadakund. The open pool known as Narmadakund is the place of the origin of Narmada. There is a continuous flow of water which takes a small stream and follows a narrow zigzag course through the hilly terrain. Around the kund, there are a number of temples of almost of the similar structure and size. The Narmada is especially associated with Shiva and many stones found near the riverbed are worshipped as a symbol of Shiva. These stones, known as Banalinga, are usually found in a cylindrical shape which resembles with the shape of a Shivalingam. These are much sought after among the pilgrims and are used as a worship object.

Located about 1.5 km from the Narmada Udgam, Sonmuda supposed to be the source of the river Sone, is another of the must-visit spots in Amarkantak. Sone flows eastwards to meet the Ganga at Patna. Sone finds mention in the travelogues of the Greek traveller Megasthenes where he mentions that the name of the river was derived from the gold dust (Sona) found in its waters.

The mortals who yearn for nature are sure to find the place interesting as it houses many holy ponds and rivulets, wooded surroundings, lofty hills, beautiful waterfalls and many more idyllic spots. There is also to explore for adventure buffs. One has the options of visiting Durga Dhara Fall, Dudh Dhara Falls or Kapil Dhara Waterfall. Finally, if one wants to add an exciting activity to the trip, he/she can go for trekking at Bhrigu Kamandal.

The place is peaceful and has a soothing and sublime ecosystem where one can enjoy rejuvenating walks in the lap of nature. But one needs to be aware that only very basic amenities are available to the visitors here. Power cuts are also quite frequent, so be sure before checking-in that your hotel has a power backup. However, if you can ignore these facts you will find the place extremely beautiful and worth a visit, especially during the post monsoon period.

Fact File
Location: Situated in the state of Madhya Pradesh, near the border with Chhattisgarh.
Accessibility: Major cities near Amarkantak from where regular buses are available are Jabalpur (240 kms) and Bilashpur (135 kms). Nearest rail-head is Pendra road (43 kms) on Katni -Bilashpur section of south-eastern railway. All important trains stop here.
Best time to visit: Post monsoons in October/ November as the place showcases outstanding festivities associated with Deepawali or in February-March when it is full of life during Holi.