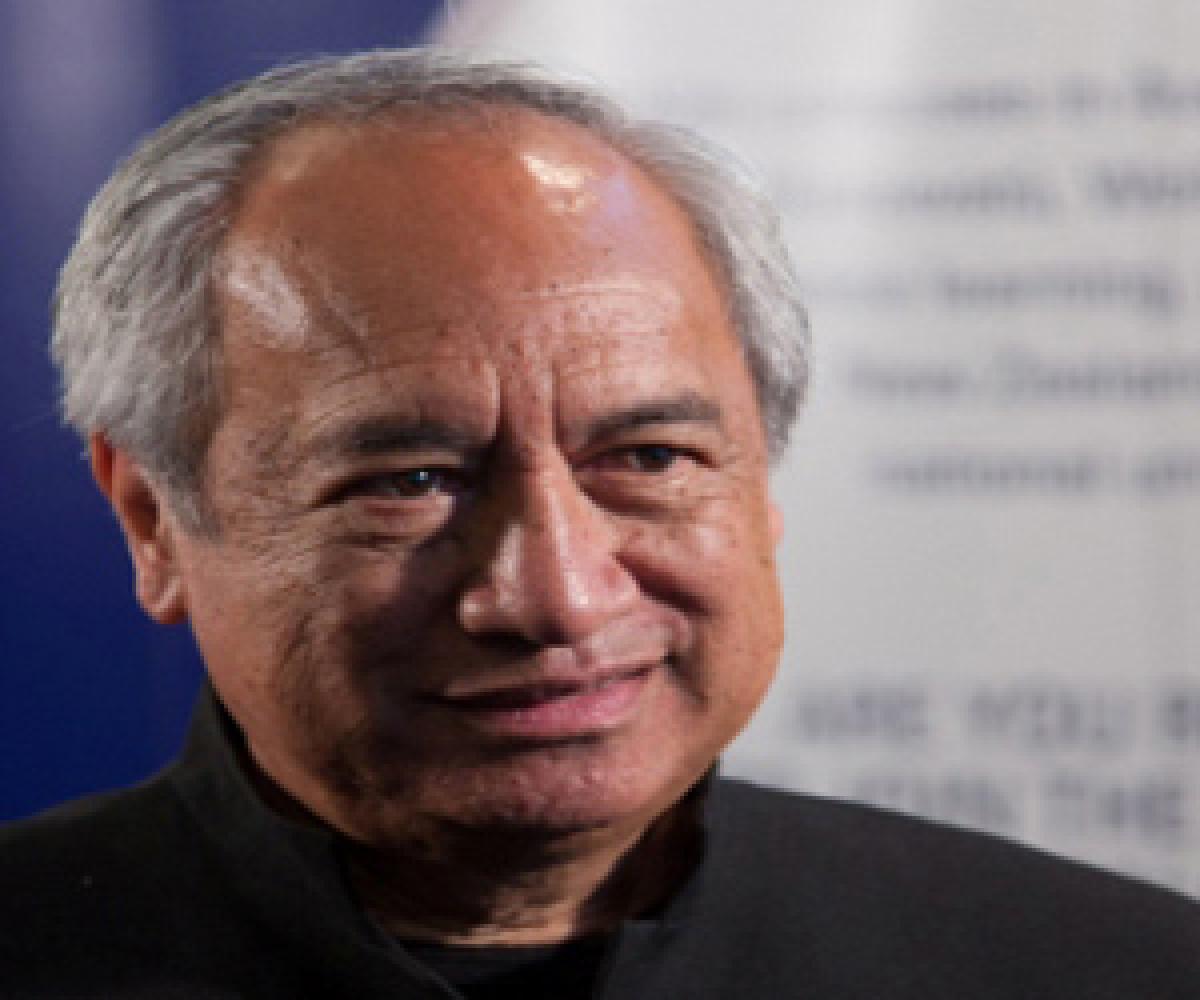 Aboriginal, litterateur and rebel, Witi Ihimaera is a moving force in giving voice to the Maoris in New Zealand. The first published novelist in Maori literature, the 72-year-old has several novels, short stories and recognitions to his credit.

Aboriginal, litterateur and rebel, Witi Ihimaera is a moving force in giving voice to the Maoris in New Zealand. The first published novelist in Maori literature, the 72-year-old has several novels, short stories and recognitions to his credit.

His works were a harbinger of change to the Maoris, says Ihimaera who questioned patriarchy, racism and colonialism in his works.

Ihimaera's book 'Nights in the Gardens of Spain', a semi-autobiographical work about a married father of two daughters coming out, was turned into a movie.

The author, who also worked as a diplomat at the New Zealand Ministry of Foreign Affairs, spoke on the sidelines of Mountain Echoes Literary Festival held in Thimphu, the capital city of Bhutan.

You were the first published novelist in Maori literature. How important is it to tell stories of the marginalised?
It is important to tell the story of the Maori in a world of huge voices and political entities. We are a minority, and also one among the many indigenous communities around the world. Our story will help give voice to other indigenous people whether they live in India or North America or in South East Asia. We all have the same stories of colonisation.

Did you face resistance from the West?
My life was always about resistance. We were denied educational opportunities and there was institutional racism. Our land has been taken away and I have seen my grandmothers struggling for land to farm. The consequence of our fight through literature and other means was that our land was returned after 30 years. The government is providing better housing and education for the Maoris now. There is a better understanding of Maori culture now and my work is a part of New Zealand's curriculum.

You came out of the closet in 1984 and have dealt with sexuality in your writings. How was it received?
One has to be brave when dealing with issues like rape and homosexuality. There is authentication of sexual identity in mythology that has been denied by the West. Europeans look towards Gods in Greek mythology who can shapeshift and make love with women, men and animals just like some Hindu gods. Why can't we accept homosexuality in the way our mythology explains it? I operate in a Maori value system and don't care what people say.

In your memoir, you have written about being abused as a child. How difficult was it to write about it and what was the reaction?
I always adopt an organic approach to writing, looking at it culturally and socially. I wanted to address the issue of child abuse. My work has always been a shock to many. The Maori community is now largely Christian and it was difficult for them to acknowledge it. I am accustomed to shift the universe a little. That's my theory of change. Each one of us has the power to change the system.

Who is your favourite Indian author?
It should be Arundhati Roy. She is an intellectual and erudite woman.