Egyptian President's Wish To Sell Himself Comes True On eBay 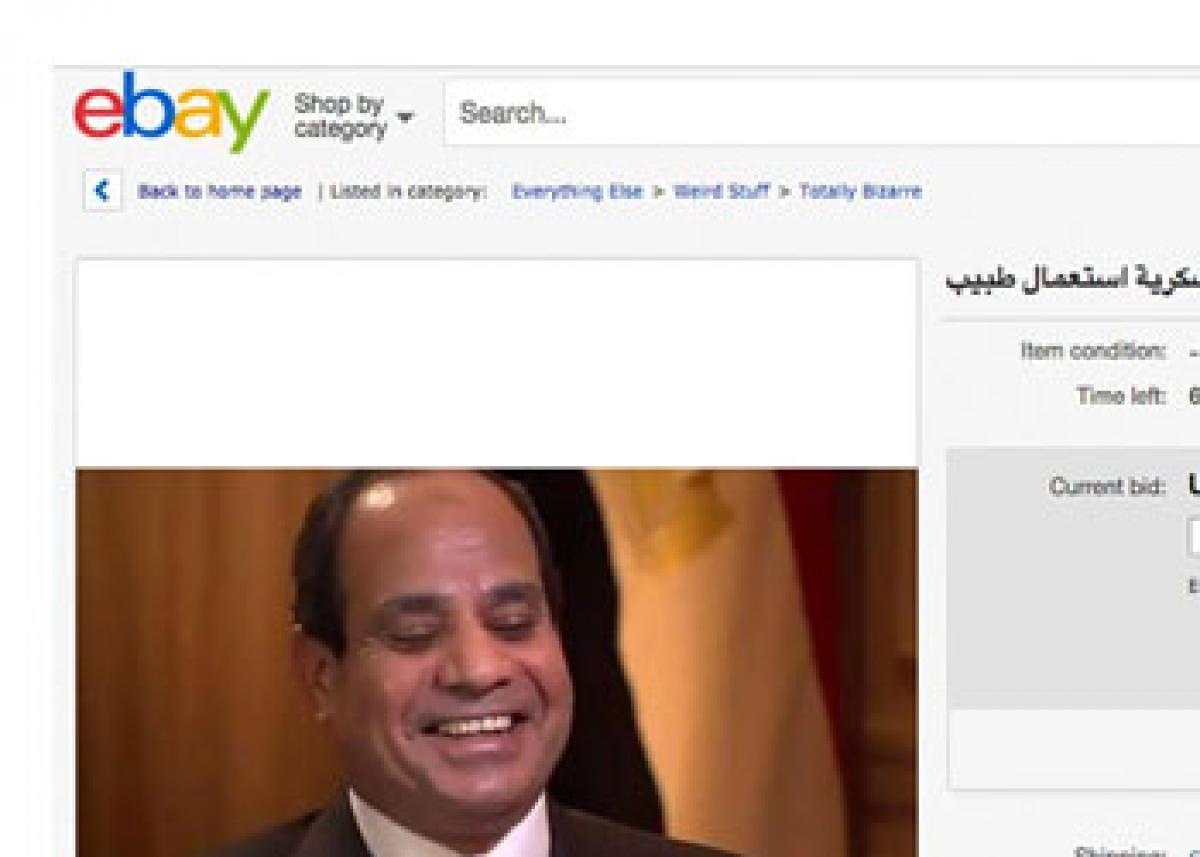 The Marshal who became President, Abdel Fattah al-Sissi, unveiled on Wednesday 24 February a recovery plan of the Egyptian economy by 2030.

The Marshal who became President, Abdel Fattah al-Sissi, unveiled on Wednesday 24 February a recovery plan of the Egyptian economy by 2030.

While mentioning a reduction in support from the Gulf countries and the solutions to bear the losses the general, who became marshal, said:

"If I could sell myself, I'll do it right away."

As part of that effort, one eBay user decided to sell the Egyptian President - general, doctor and philosopher - on this e-commerce platform. The president/product was described as follows:

"The Marshal stated his will to sell himself if that could be of any help. We are doing this for him, for us, and for humanity. PLZ, do participate in the auction so Egypt can reach economic and political independence."

Cannot be delivered to Qatar

A small note added by the seller indicated: The Marshal's "previous owners" were "the Gulf countries" and then the product/president cannot be delivered to Qatar.

In Egypt, the article and the #ebay hashtag went viral. According to Marshal website, more than a hundred eBay users outbid the price. Within a few hours, the offer exceeded one hundred thousand dollars. But the article was quickly removed by the platform.

Although "human beings, human body, body parts" transfers are not permitted, it was not specified whether the selling of a president may be allowed.

This eBay user might as well try to sell the President Abdel Fattah al- Sissi's megalomania. In his speech, Sissi provided his electors with some tips:
"If you do love Egypt, listen to me, and me only!"