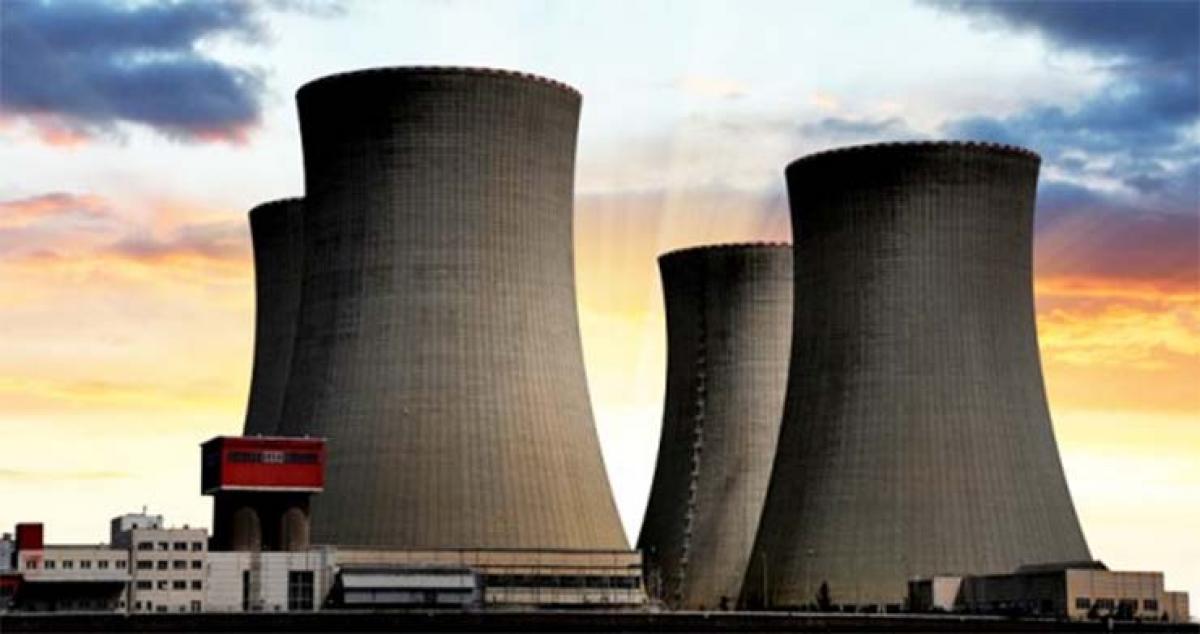 Japan Returns To Nuclear Energy. Japanese Kyushu Electric Power Company Inc publicly announced the launch of power unit No.1 at Sendai NPP. The power unit is supposed to start generating electricity on Friday, August 14, and the second power unit at the plant will be put into operation in mid-October.

Japanese Kyushu Electric Power Company Inc publicly announced the launch of power unit No.1 at Sendai NPP. The power unit is supposed to start generating electricity on Friday, August 14, and the second power unit at the plant will be put into operation in mid-October. Both power nuclear units at Sendai NPP were first in Japan to receive the approval of the Office of Nuclear Regulation in accordance with the new security requirements imposed after the accident in 2011 at the plant "Fukushima-1". The last power unit in the country was shut down in September 2013. As for now, the permission to restart operation is given to the third power unit at the Ikata NPP (Ehime Prefecture) and two power units at Takahama NPP (Fukui Prefecture), but the timing of the launch of their work is not reported so far. Generally, Japanese authorities intend to restart 25 nuclear reactors. However, operators will need to adhere to much stronger rules imposed by the national atomic regulator. As the BBC reported, the Sendai NPP’s operator company spent $120 million for assuring the new safety system.

Thus, first since 2011’ spring accident at Fukushima-1 NPP, Japanese nuclear operators restart the operation of the power units at Sendai NPP on the Kyushu island.

It is noteworthy that reactor’s start-up launched after the District Court of the Japanese prefecture of Kagoshima rejected the locals’ appeal not to restart the operation of the two reactors at Sendai NPP operated by the Kyushu Electric Power Co. due to fears for their unsafety.

According to the court decision, Sendai NPP reactors 1 and 2 will be launched after their shutdown along with rest of the power units nationwide to check safety after Fukushima accident caused by earthquake and tsunami in spring 2011.

Yuri Prokudin, FX BAZOOKA expert, believes that "the restart of its nuclear program after Fukushima events would be a very complicated and delicate matter in Japan. On one hand, peaceful nuclear power could not be psychologically accepted quickly due to public fears after the accident. However, from an economic point of view, NPP re-launch was only a matter of time: decline of trade balance caused by need to procure high-priced utility products would return to this point sooner or later anyway. The high level of dependence on imports, which currently reaches 84 per cents, not only reduces the efficiency of the whole region, but also to a large extent limited industrial production, which has a high power consumption. Restart of the whole system begins with the Sendai NPP reactor located on Kyushu island. Sendai NPP reactors were chosen to restart among 43 reactors as potentially capable to re-launch operation. Despite negative public attitude against nuclear program, Japan still will have to make a choice in favor of its own economy. Therefore, the launch of the Sendai NPP first nuclear power reactor has not only psychological, but also a symbolic meaning: if all goes well, the launch of the remaining 42 reactors will also receive a green light. Noteworthy that the reactor’s restart takes place in the days of the memory of atomic bombing victims in Hiroshima and Nagasaki: most likely, country's leadership is trying to show that nuclear energy currently has a completely different value and is intended to help, not destroy. The recovery of nuclear power system should ultimately lead to higher electricity generation in the country. Thus, before accident, NPPs power output covered 30 per cents of total electricity generation. Currently, maximum potential capacity will vary within 22 to 25 percent. However, it can be called as global growth against what japan disposes we have in Japan at the moment."

Dmitry Baranov, Finam Management Ltd. chief expert said: "The decision was expected. Traditionally, the summer season in Japan's electricity needs increase, as hot and humid weather makes almost the entire population of the country to use air conditioning. If recently, grew up electricity needs were covered by nuclear power plants, after Fukushima events and subsequent shutdown of all NPP, the country faced power shortages, especially in summer when the demand for it increases. Obviously, national economy suffers from a lack of electricity, so it is clear why it was decided to run the plant. Although the launch of only one power unit is unlikely to have a major impact on the problem of energy shortage in the country, the fact of NPP operation restart after a long break can have a huge impact on industry and the entire economy and the mood of public members. No secret that the Japanese nuclear power plants were stopped largely because of the influence of the public, which was frightened by the Fukushima accident. Enlightenment came pretty quickly, but the way back was delayed, and only now Japan returned joined the countries that use nuclear power. Two factors affected on this decision-making. First, this power plant passed numerous inspections by national regulators and at IAEA level and, thus, it is proven safety, capable to operate at full power. Secondly, an operational sector of the economy - it is a luxury that cannot afford even such a rich country as Japan, because many employees have lost their jobs, and the budget as well lost revenue from nuclear generating companies. It’s not surprising that decision was taken to restart an operation at Sendai NPP. Because a number of Japanese nuclear power plants have been inspected or underwent examinations, we can expect that these power plants will be also launched after a pause. It is possible that a few power units until the end of the year may begin to supply electricity to Japanese electricity grid. It is worth to note that the restart of nuclear reactors will allow Rosatom to renew relationships broken earlier to supply low-enriched uranium for Japanese nuclear power plants."

Recent annual energy review (the 64th Statistical Review of World Energy) issued by British Petroleum highlighted an increase of world production of nuclear electricity at the rates that are above average figures. It has increased by 1.8 per cent. The increase has been registered the second consecutive year. Firstly since 2009, nuclear energy increased its share in the global energy balance. The growth in output at nuclear power plants in South Korea, China and France exceeded the decline in Japan, Belgium and the UK.