A twitter war escalates between Donald Trump and Bobby Jindal 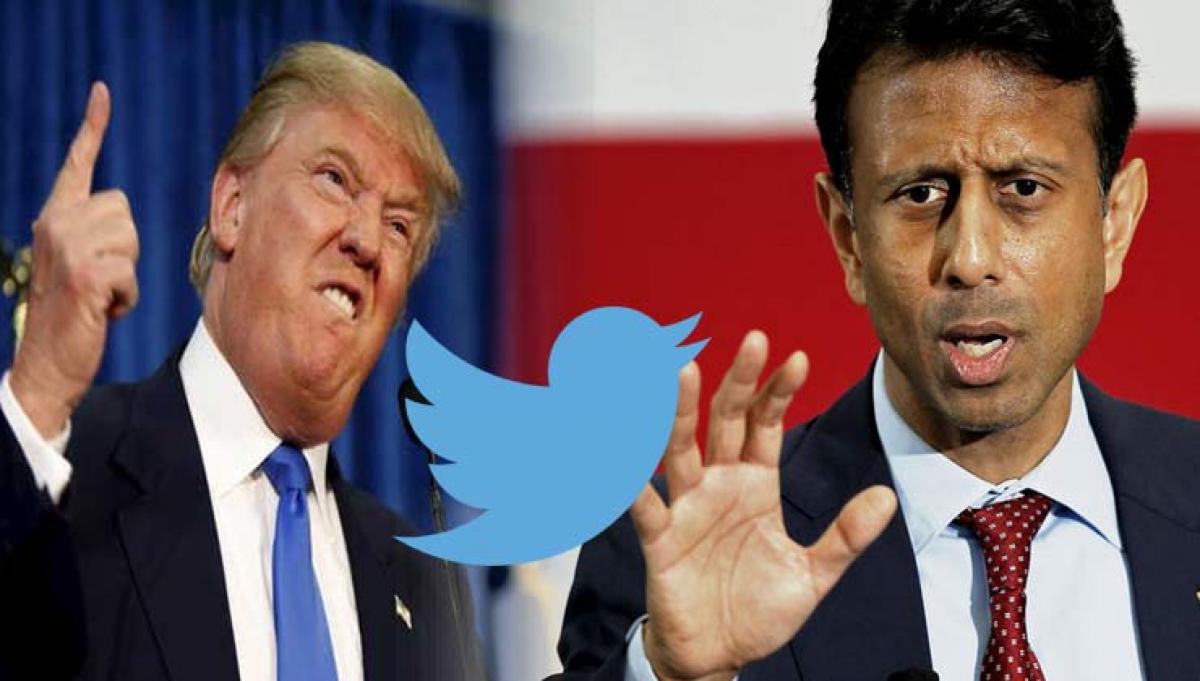 Washington: If long shot Indian American presidential candidate Bobby Jindal attacked Donald Trump to gain some media attention, the strategy seems to have worked with the Republican frontrunner joining him in a twitter war. After calling the real estate mogul "shallow," a "narcissist and an egomaniac" and a "non-serious carnival act" at an event in the capital Thursday, the Louisiana governor Friday launched a Twitter tirade against Trump.

Weighing in on Trump making fun of fellow Republican candidate Carly Fiorina's looks, he told CBS News that the billionaire "should stop attacking other people's appearances."
"I think it's pretty outrageous for him to be attacking anybody's appearance," Jindal said, especially "when he looks like he's got a squirrel sitting on his head."
Responding to Jindal's slam of his hair, Trump took to Twitter Friday sarcastically calling it "so original."
"So yesterday I pointed out @realDonaldTrump is a substance-free narcissist... All he heard was a stray comment about his hair...I rest my case," Jindal tweeted back.
He then went to MSNBC and Fox News to criticise Trump for having "no substance."
"He is not for making America great. He's for making Donald Trump great," he said. "That's not what we need right now."
Earlier Thursday Trump responded to Jindal's first attack on Twitter, saying that "Bobby Jindal did not make the debate stage and therefore I have never met him."
He would "only respond to people that register more than 1 percent in the polls," Trump wrote. "I never thought he had a chance and I've been proven right."
In response, Jindal mocked the businessman with a line Trump has popularly used to criticise candidates like Jeb Bush.
"I'm disappointed," he tweeted. "Is this the best you can do? Are you suffering from low energy today?"
Jindal later wrote a message that "we have met. You wrote a cheque. A fool & his money are soon parted. A fool & his dad's money are parted sooner."
Jindal is languishing at the bottom of polls with only 1 percent support and will not appear on CNN's Sep 16 primetime Republican presidential debate where Trump will be centre stage.

Oh wow, lightweight Governor @BobbyJindal, who is registered at less than 1 percent in the polls, just mocked my hair. So original!

.@realDonaldTrump Attacked him one day. Praised him today. Sounding like a typical politician. Rick is a better man than you'll ever be.