Not surprised by Musharraf's remarks on support to LeT: US Senator 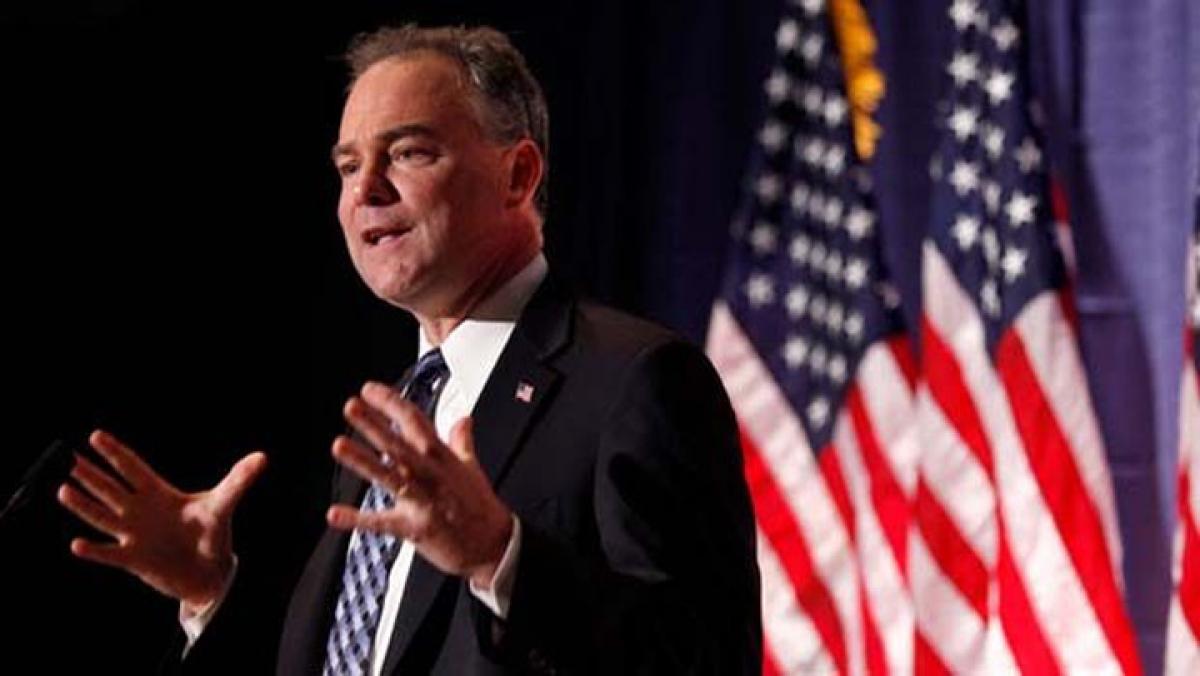 A top American senator has said the remarks of former Pakistan president Pervez Musharraf that his country aided and trained terror groups like the LeT is \"not surprising\", and feels that under Prime Minister Nawaz Sharif the country is now moving in a different direction.

A top American senator has said the remarks of former Pakistan president Pervez Musharraf that his country aided and trained terror groups like the LeT is "not surprising", and feels that under Prime Minister Nawaz Sharif the country is now moving in a different direction. "I am not surprised to hear him say that in the past that (Pakistani supporting and aiding LeT) was the case. I think that the evidence about ties between some aspects of the Pakistani government with Lashkar-e-Taiba (LeT) in connection with the attack in Mumbai in 2008 is pretty hard to deny,"
Senator Tim Kaine, an influential Democratic Senator in the two power Senate committees of foreign relations and armed service, told Defence Writers Group in a breakfast meeting.
"When you get into the intel (intelligence information) and explore, you get the questions how high the ties were and how officially they were sanctioned. But there were definitely ties (between Pakistani government and LeT)," said Kaine who visited the 26/11 terrorist attack sites in Mumbai last October.
"The connection between those attackers and at least some elements in the Pakistani government, I do not think they can be credibly denied," Kaine said when asked about the statement given by Musharraf in an interview that Pakistan supported and helped terrorist organisations like LeT.
Last week Kaine met the Pakistani Prime Minister Nawaz Sharif, when he was visiting the US Capital and met members of the powerful Senate Foreign Relations Committee.
"War against terrorism, continued presence of terrorist safe havens was one of the major topics of discussion with the visiting Pakistani leader," he said adding that Pakistan under Sharif is moving in a different direction as far as war against terrorism is concerned.
"My sense from that visit (of Sharif) and from a trip to Pakistan (in October 2014) is that it has been a very very hard (US-Pak) relationship after the death of (Osama) bin Laden. But I think the arch of it is going in a better direction," he said.
"My sense is that Pakistan is now really going after enclaves of terrorists in North Waziristan and other areas. They are sincerely doing it. Those (terrorist) organisations are feeling tough pressure. They are fighting back on the Pakistani Government because they are feeling that the Pakistani government is cracking down on them," the Senator from Virginia said.
Kaine said that there needs to have better relationship between India and Pakistan. "Pakistan India relationship is the one we still care deeply about," he said and expressed concern over the increase in cross border fire on the Line of Control.
"I think Prime Minister (Narendra) Modi's invitation to Sharif as part of the ceremony surrounding his inauguration was a good start to the relationship. But, I haven't really seen those early promising sign. I do not think those have been followed up sufficiently on either side by India or Pakistan," he said.
Show Full Article
Email ArticlePrint Article
More On