Pakistan seeks support from US in Indus Water dispute with India 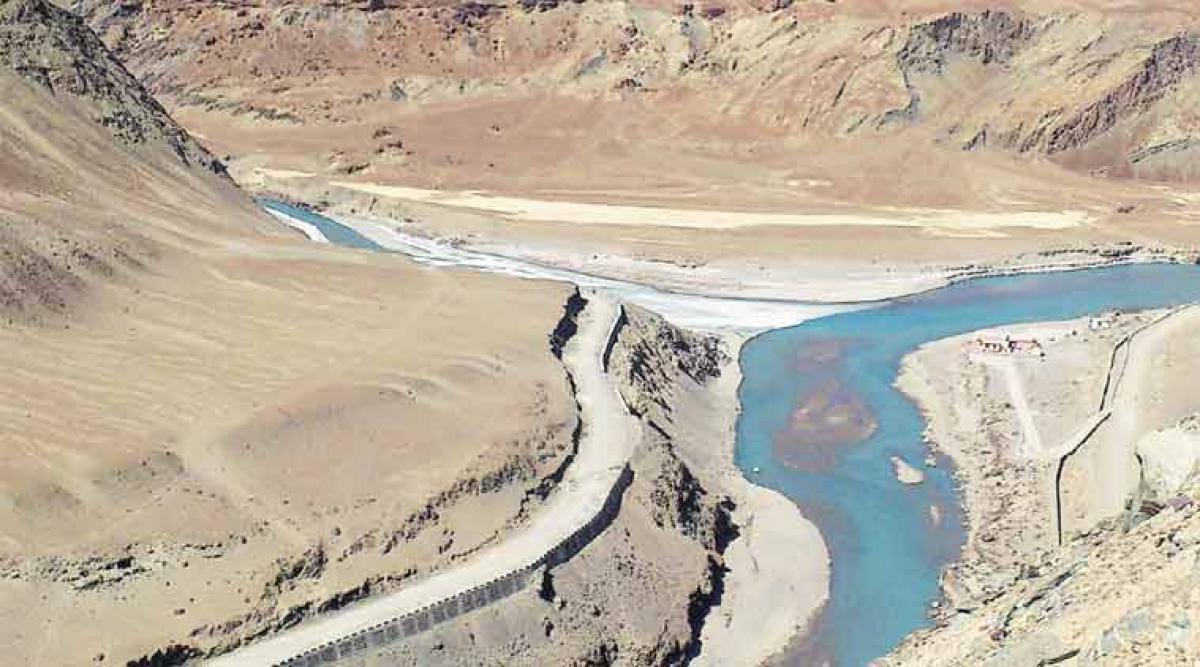 Pakistan has sought support of the US on the implementation of the Indus Waters Treaty (IWT) with India, as Secretary of State John Kerry called for an amicable settlement of the issue by New Delhi and Islamabad, media reported on Saturday.

​Islamabad: Pakistan has sought support of the US on the implementation of the Indus Waters Treaty (IWT) with India, as Secretary of State John Kerry called for an amicable settlement of the issue by New Delhi and Islamabad, media reported on Saturday.

The development came after Pakistan was irked by the World Bank pause in mediation to resolve differences over construction of two water projects by India.

The Express Tribune reported that Kerry made a phone call to Finance Minister Ishaq Dar on Thursday night and discussed the row over the IWT implementation and the role of the World Bank (WB), which had brokered the treaty in 1960.

After Kerry's call, US Ambassador to Pakistan David Hale also met Dar in Islamabad at the Finance Ministry.

The back-to-back contacts highlight the importance of the water issue, which can potentially endanger regional stability if the situation slips out of control, according to sources at Finance Ministry.

"The US would like to see an amicable solution to this (water) issue," a Finance Ministry statement quoted Kerry as saying.

Kerry told Dar that the WB president had informed him about Pakistan's complaint against India on the IWT. The water dispute has catapulted the US back into Pakistan's economic picture.

The American civilian and military assistance to Pakistan has drastically come down in recent months and its implications on Pakistan's fiscal situation have started emerging in the shape of a larger-than-anticipated budget deficit.

Independent analysts argue that Washington may not play an effective role in resolving the water dispute, as the Obama administration is preparing to hand over the White House to Donald Trump in January.

"Senator Dar indicated that the US support on the principles and legal position of Pakistan will be greatly appreciated," stated the Finance Ministry.

Early in December, the WB had announced a pause in playing its legally binding role of mediator in the IWT implementation.

In October, Pakistan had approached the WB seeking appointment of the Chairman of Court of Arbitration to resolve a dispute over construction of two mega hydropower projects by India in violation of the IWT.

The Finance Minister told Kerry that the IWT was an international commitment and it was the WB's responsibility to make sure India honoured the treaty and the water rights of hundreds of millions of Pakistani people were protected, said the finance ministry.

The civil and military leadership has already announced that materialisation of India’s threat would be considered 'open aggression' and a blatant 'act of war'.

Pakistan and China on Thursday decided to make water security a part of the China-Pakistan Economic Corridor (CPEC) framework aimed at preparing a plan against any adverse impact of any such Indian move on Pakistan's economic security.

Dar informed Kerry that the WB president had been in touch with him during the current month.

Sources, however, said the WB has yet not made a formal commitment that the mediation process would be started immediately.