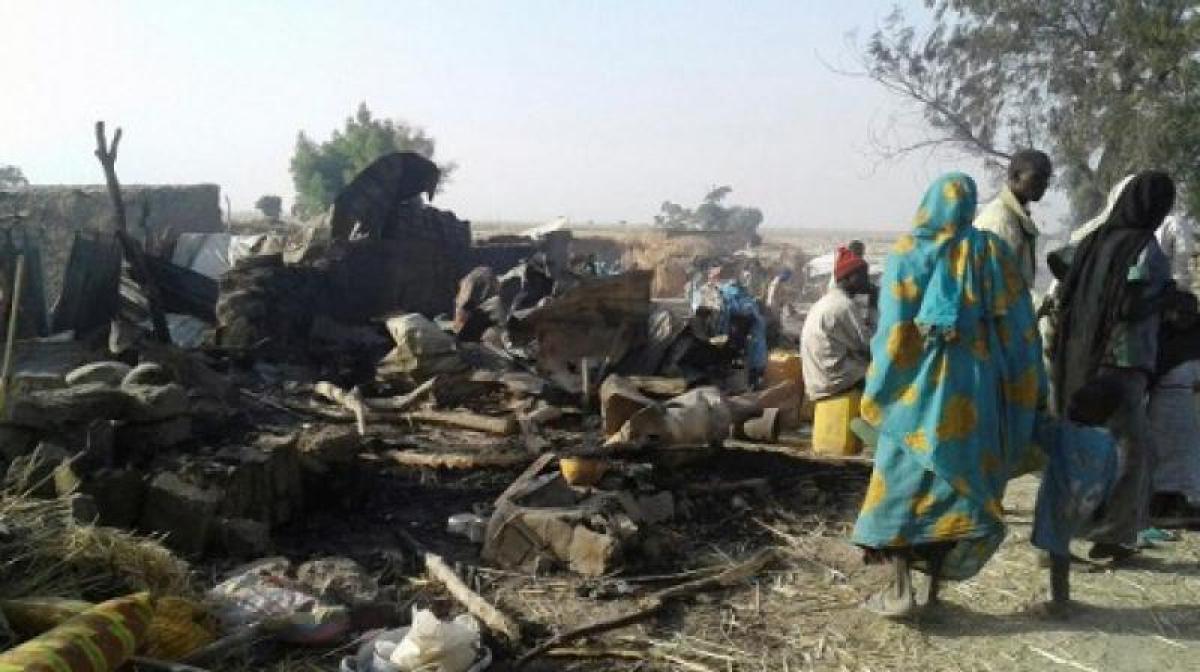 As many as 236 people may have been killed in the botched Nigerian air strike against Boko Haram that hit a camp for civilians displaced by the unrest, a local official told AFP on Saturday.

As many as 236 people may have been killed in the botched Nigerian air strike against Boko Haram that hit a camp for civilians displaced by the unrest, a local official told AFP on Saturday.

Doctors Without Borders (MSF) yesterday had said the death toll from Tuesday's strike on the town of Rann in the far northeast had risen to 90, although it claimed that could climb as high as 170.

But Babagana Malarima, president of the local Kala-Balge government in Borno State where the strike took place, claimed the death toll is much higher.

"From what the people who buried the dead victims with their hands told me, not those who treated the wounded, they buried 234 dead," said Malarima on Saturday.

"And I later got a report that two of the injured taken to Maiduguri died."

The bombed camp had been set up to help people fleeing Boko Haram Islamists in Borno State.

Nigeria's air force said it was investigating the incident but military commanders had already claimed it was a mistake.

"Our people are really traumatised that a fighter jet belonging to their country can make this mistake and kill them the way it did in their own country," fumed Malarima.

"Lives and property have been lost. It is not enough to just bury the dead and pray for their souls. Their families should be supported as is done in other countries. They should not be forgotten.

"The death toll is colossal. We are in grief."

Tuesday's strike happened while humanitarian workers were distributing food in Rann, a small town close to the Cameroon border where some 20,000 to 40,000 people had sought refuge.

MSF said most of the victims were women and children. At least six Red Cross volunteers were amongst the dead with another 13 injured.

Rann only recently became accessible to aid agencies because of improved security.

"This incident happened in the midst of a civilian population and it was based on intelligence received that Boko Haram had moved into the area," said Buraitai.

"The air force was briefed and they came and the incident happened.

"And yesterday we received a report that Boko Haram were back. Soldiers repelled them."

Buraitai added: "This shows that there is credibility in the intelligence report we received that these people (Boko Haram) are moving into Kala-Balge area.

"A mistake was made. We pray it doesn't happen again."

At least 20,000 have been killed and more than 2.6 million made homeless since Boko Haram Islamists' insurgency began in 2009.