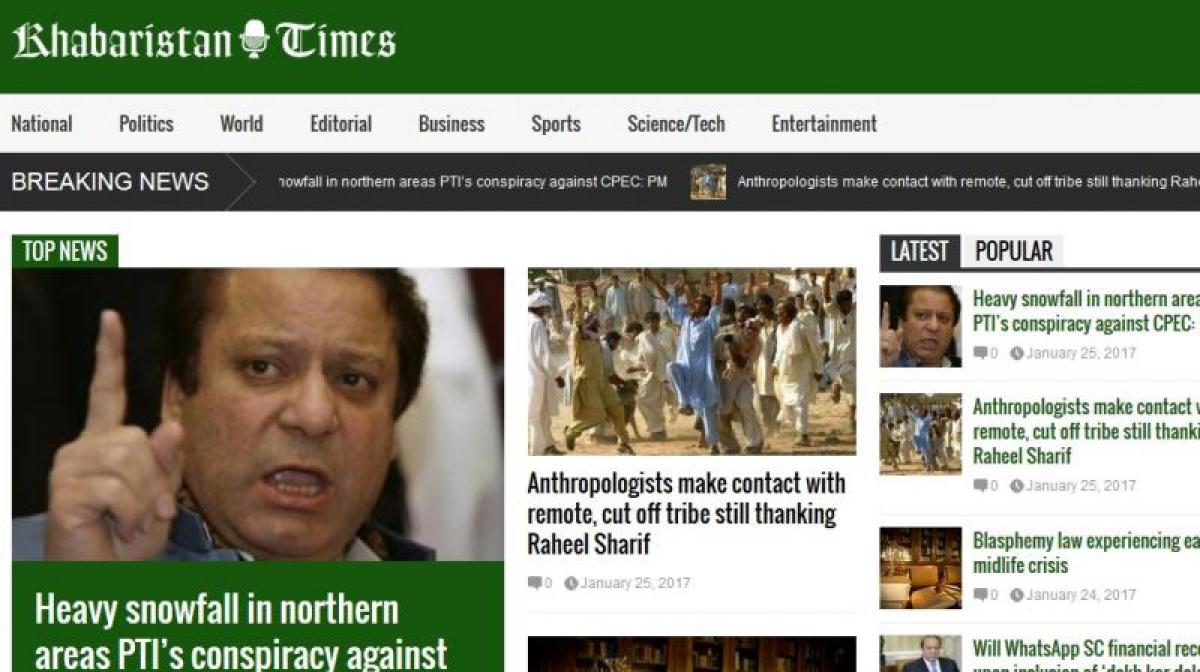 A popular satirical news website was reportedly blocked in Pakistan and its Facebook page has been inaccessible in the country since Wednesday.

A popular satirical news website was reportedly blocked in Pakistan and its Facebook page has been inaccessible in the country since Wednesday.

Khabaristan Times with more than 12,000 followers on the Facebook said no reason has been given by authorities before blocking the site.

"There hasn't been any official notification from any regulatory authority regarding the website being banned, but it can't be accessed anywhere in Pakistan," it said on Facebook page.

The website is apparently still available to users outside Pakistan.

The popular site was blocked in the wake of controversy about five activists and bloggers who went missing earlier this month but at least three of them have returned or their families informed that they were safe.

None of the officials from the telecommunication ministry was available to comment on the issues but some local media reported that it was blocked for "objectionable contents".