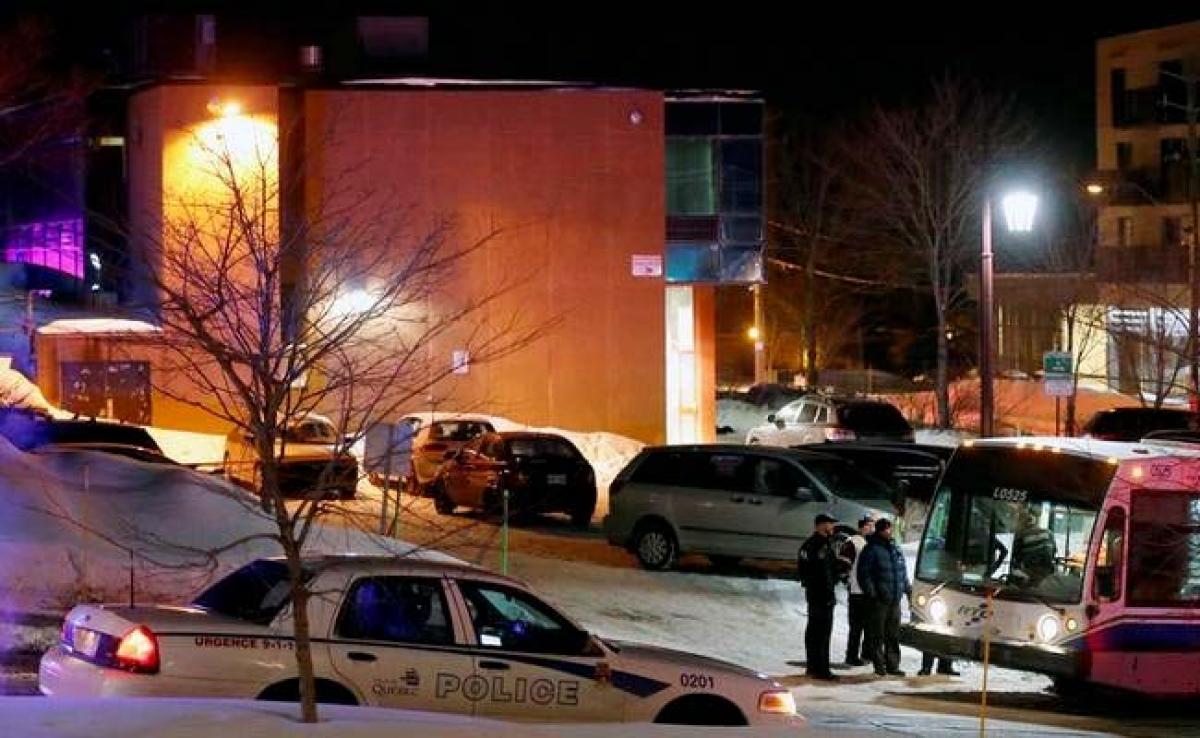 The mass shooting, which was rare for Canada and which Prime Minister Justin Trudeau called a \"terrorist attack,\" prompted an outpouring of support for the mosque and for Canada\'s one million Muslims in the country of about 35 million.

The French-Canadian student accused of killing six people during evening prayers in a Quebec City mosque had rented an apartment nearby, neighbours said on Tuesday, a sign he may have been targeting the house of worship.

Alexandre Bissonnette, 27, was charged in court on Monday with six counts of premeditated murder and five counts of attempted murder with a restricted weapon after Sunday evening's massacre at the Centre Culturel Islamique de Quebec. Police said he acted alone.

The mass shooting, which was rare for Canada and which Prime Minister Justin Trudeau called a "terrorist attack," prompted an outpouring of support for the mosque and for Canada's one million Muslims in the country of about 35 million.

Authorities in Quebec have called for a spirit of inclusivity and police have tightened security at all religious institutions in the province, which had the second-highest rate of crimes motivated by religious prejudice among the provinces in 2014, second only to Ontario, according to police crime data collected by Statistics Canada.

The data showed that reported crimes of prejudice against Muslims in Canada more than doubled between 2012 and 2014.

Bissonnette, who said he was a fan of U.S. President Donald Trump and far-right French politician Marine Le Pen, had moved into an apartment in the beige block near the mosque in July and drove a Mitsubishi truck, said a neighbour, who asked not to be identified.

Another neighbour on the fourth floor never spoke to Bissonnette but frequently heard piano-playing from the apartment. A neighbour of his parents told the Canadian Broadcasting Corporation that Bissonnette shared the apartment with his twin brother.

Police declined to discuss a motive for the shooting, but friends and online acquaintances told Canadian media that Bissonnette had expressed anti-immigration sentiments, especially toward Muslim refugees.

Both law enforcement and intelligence agencies in the United States believe the suspect was sympathetic to right-wing nationalist ideology, and that likely contributed to motive, U.S. officials said.

On his Facebook page, which has been taken down since the shooting, Bissonnette indicated he liked Le Pen, Trump, the separatist Parti Quebecois, as well as Canada's left-wing New Democratic Party, the Israeli Defense Forces, heavy metal band Megadeth and pop star Katy Perry.

A large turnout at vigils in Quebec City, Montreal and other cities on Monday evening showed people rejected hate speech and wanted to be inclusive, Quebec Premier Philippe Couillard said.

"I think it's a turning point for Quebec, to see people rallying around values like that," he told reporters in Quebec City, the provincial capital, on Tuesday.

"Our society is not perfect. No society is perfect ... racism, xenophobia and exclusion exist here. We have to recognise that and act together to highlight the path we want society to take," Couillard said.

Bissonnette did not hide his hostility toward Muslims during his long interrogation by police, Montreal's La Presse newspaper reported, quoting a source close to the investigation. He was also interested in guns, and practiced shooting at a club, La Presse reported.

Police have not released specific details of the weapon used in the attack, other than to say it was a restricted firearm.

A social science student at University; Laval and a former cadet, Bissonnette was described by a former classmate as a "nerdy outcast."

Bissonnette made a brief appearance in court on Monday under tight security. Prosecutors said all of the evidence was not yet ready and Bissonnette was set to appear again on Feb. 21. No charges were read in court and Bissonnette did not enter a plea.

His lawyer, Jean Petit, declined to comment at the courthouse on Monday.

Quebec's public safety minister, Martin Coiteux, said security at all religious institutions across the province had been heightened, particularly at mosques.

He told reporters that while police always treated reports of religious harassment and hate speech seriously, they had not always done a good job of letting communities know the results of their probes.

"We will pay particular attention to feedback," he said.

In Montreal, Quebec's largest city, police increased their presence at mosques and other Muslim institutions and watched for possible hate speech online.

Of the five people critically wounded in Sunday's attack, one had been discharged from the hospital, two were convalescing, one was undergoing abdominal surgery and one was in "more critical" condition, Julien Clement, trauma director at Centre Hospitalier de l'Universite Laval, said on Tuesday.