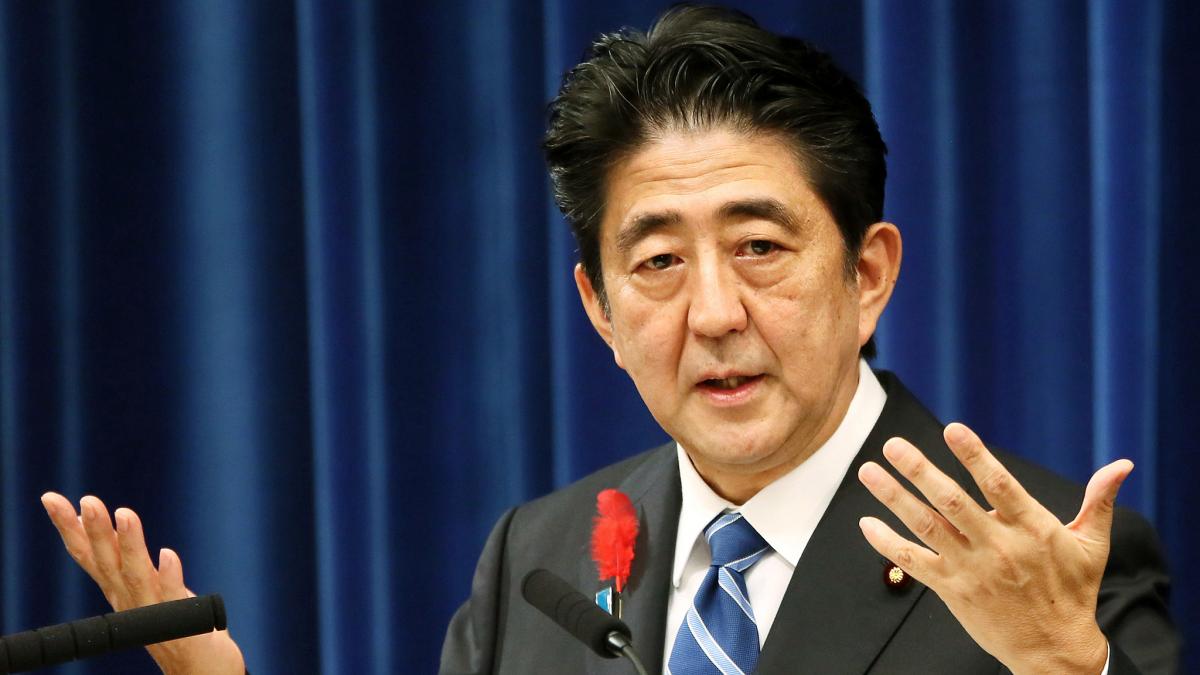 Prime Minister Shinzo Abe heads to Washington on Thursday hoping promises to help create U.S. jobs and bolster Japan\'s military will persuade U.S. President Donald Trump to turn down the heat on trade and currency and stand by the decades-old alliance.

Prime Minister Shinzo Abe heads to Washington on Thursday hoping promises to help create U.S. jobs and bolster Japan's military will persuade U.S. President Donald Trump to turn down the heat on trade and currency and stand by the decades-old alliance.

Japanese officials have been soothed by security assurances from Defense Secretary Jim Mattis and others. But they worry Trump may go off script when the two leaders meet, first for a summit in Washington on Friday and then for a round of golf near the "Winter White House" in Florida.

Some in Tokyo even worry that Trump, a global businessman and author of "The Art of the Deal", might eventually make some sort of pact with rival China that leaves Japan out in the cold.

"What we want to know is Mr. Trump's attitude towards China," said Yukio Okamoto, a former Japanese diplomat with ties to the government. "If it becomes only an economic one, then a deal might be made at some point without the consideration of security issues in the region."

Japanese politicians are also concerned that Abe might make hard-to-keep promises when the two play a round of golf that has echoes of one between Abe's prime minister grandfather, Nobusuke Kishi, and President Dwight Eisenhower in 1957.

U.S. newspapers then dubbed the golf game a "triumph of diplomacy" between the former World War Two enemies. Three years later, Kishi had to resign because of a public furore over the U.S.-Japan security pact that was signed that year.

"A failure of the first official meeting would send a very, very damaging message to the world," said a former Japanese diplomat familiar with government thinking.

During his election campaign, Trump complained that Tokyo and Seoul were not sharing enough of the cost of the U.S. security umbrella.

Trump has also lumped Japan with China and Mexico as big contributors to the U.S. trade deficit, targeted its auto trade as "unfair" and accused Tokyo of using monetary policy to devalue its currency to boost exports.

Japan posted a trade surplus of 6.8 trillion yen with the United States last year, down 4.6 percent from 2015, but U.S.-bound car shipments rose for a second straight year, ministry of finance data showed month.

Abe, who will be accompanied by Finance Minister Taro Aso and Foreign Minister Fumio Kishida, will bring a package of steps Tokyo says could create 700,000 U.S. jobs through private-public investment in infrastructure such as high-speed trains, government sources say.

Speculation is also simmering that Japanese manufacturers like Toyota Motor Corp,, whose president Akio Toyoda met Abe last week, could time announcements about investment - either already planned or new - to coincide with the summit.

Japanese display maker Sharp Corp may start building a $7 billion plant in the United States this year, a person with knowledge of the plan said on Wednesday.

Trump, who has abandoned the 12-nation Trans-Pacific Partnership (TPP) trade pact championed by his predecessor Barack Obama, wants to open talks on a bilateral free trade deal with Tokyo. He also wants to renegotiate the North American Free Trade Agreement (NAFTA) binding Mexico, the United States and Canada, the basis of many Japanese firms' investment plans.

Abe prefers multilateral trade deals, but has left the door open to talks on a bilateral pact - despite officials' misgivings that Tokyo would come under intense pressure to open further politically sensitive sectors such as agriculture, while gaining scant economic benefits.

"We know there will be harsh treatment for Japanese agriculture if we deal bilaterally with the United States," one Japanese official said.

Financial markets are keen to see whether Trump repeats his criticism of Japan for using money supply to weaken the yen to boost exports. Japanese sources have made clear Tokyo will push back on any attempts to bind its hands on a hyper-easy monetary policy central to "Abenomics" growth prescriptions.

On the security front, Abe will be eager for Trump to repeat assurances that his administration will adhere to Washington's commitment to defend disputed East China Sea islands under Japanese control but claimed also by China. The islands are called the Senkaku in Japan and the Diaoyu in China.

Abe is likely to reassure Trump that Japan is willing to play a bigger regional defense role and beef up its military capabilities. A pledge to boost defense spending, however, could be contentious at home in view of Japan's huge public debt.

Some experts cautioned that too subservient a response by Abe, such as a government-inspired jobs creation package, risks confirming Trump's view that old-style Japan bashing works.

"It's a very difficult line to walk to satisfy Trump at the same time not giving the impression that it's Japan Inc all over again," said Jun Okumura, a former trade negotiator who is a visiting scholar at the Meiji Institute for Global Affairs.

Others, though, said Japan has little choice.

As the Japanese official put it, "We have no choice but to ride with the United States, whoever the president is."