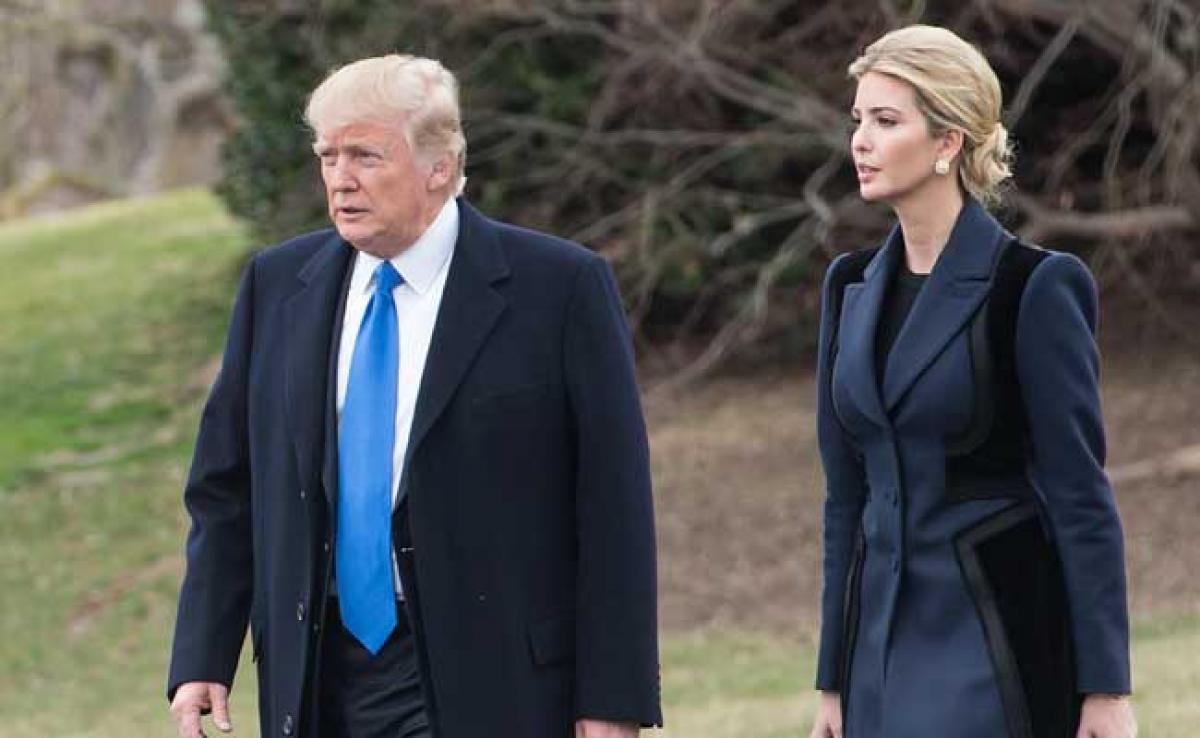 US President Donald Trump's Twitter attack on luxury store Nordstrom Inc on Wednesday for dropping his daughter Ivanka's clothing line raised concerns about the use of his White House platform for his family's businesses. In response to the Twitter comment Mr Trump posted criticising Nordstrom - which has said its move was based on the sales performance of the Ivanka Trump products - White House spokesman Sean Spicer characterised the company's action as a "direct attack" on the president's policies.

"My daughter Ivanka has been treated so unfairly by @Nordstrom. She is a great person -- always pushing me to do the right thing! Terrible!," Mr Trump said on Wednesday in his post on both his personal and official presidential Twitter accounts.

Mr Trump's comments underscore the complicated relationship that the wealthy New York real estate developer, who became president on January 20, has with his sprawling family business interests amid criticism from Democrats and others about the ethics and legality of the arrangement.

During a White House briefing, Mr Spicer painted Nordstrom's action as an attack on the president's daughter.

"For someone to take out their concern with his policies on a family member of his is just not acceptable. And the president has every right as a father to stand up to them," Mr Spicer said.
Nordstrom did not respond to requests seeking comment. A spokesperson for the Ivanka Trump brand declined to comment.

"I think it's inappropriate, but he's a totally inappropriate president, so it's totally in keeping with who he is. What I think is more inappropriate, though, is for him to refer to a judge who made a ruling that he didn't agree with as a 'so-called judge.' Now we're talking about the separation of power, not the thin skin of an incompetent president," Ms Pelosi told reporters in Baltimore for House Democrats' retreat.

Senator Bob Casey, a Democrat, in a tweet indicated that the matter should be referred to the Office of Government Ethics.

In a statement last week, Nordstrom said it routinely cuts brands each year and that the decision to pass on the Ivanka Trump brand had been based on its performance.

A day after Nordstrom's statement, luxury retailer Neiman Marcus Group also said it had stopped selling Ivanka Trump's jewellery line on its website and a store in New Jersey, according to media reports.

The move by the retailers comes amid an ongoing campaign called #GrabYourWallet, which encourages shoppers to boycott products with ties to President Trump, his family and his donors.

The president has declined to sell off his businesses despite calls to do so from critics, instead turning his empire over to his adult sons. Mr Trump's web of international companies remains a bit opaque since he has refused to release his tax returns, which experts have said would provide a clearer view of his business interests.

Since winning the US presidential election on November 8, Mr Trump has targeted specific companies on Twitter. But this is his first tweet criticising a business tied to his family since the victory.

Ivanka Trump ran a clothing and jewellery business bearing her name, in addition to other work for the Trump Organization, before saying she would resign when her father was sworn in as president last month.

Shares of Nordstrom fell 0.7 per cent after the president's criticism but recovered to trade up 3.7 percent at $44.38 on the New York Stock Exchange.