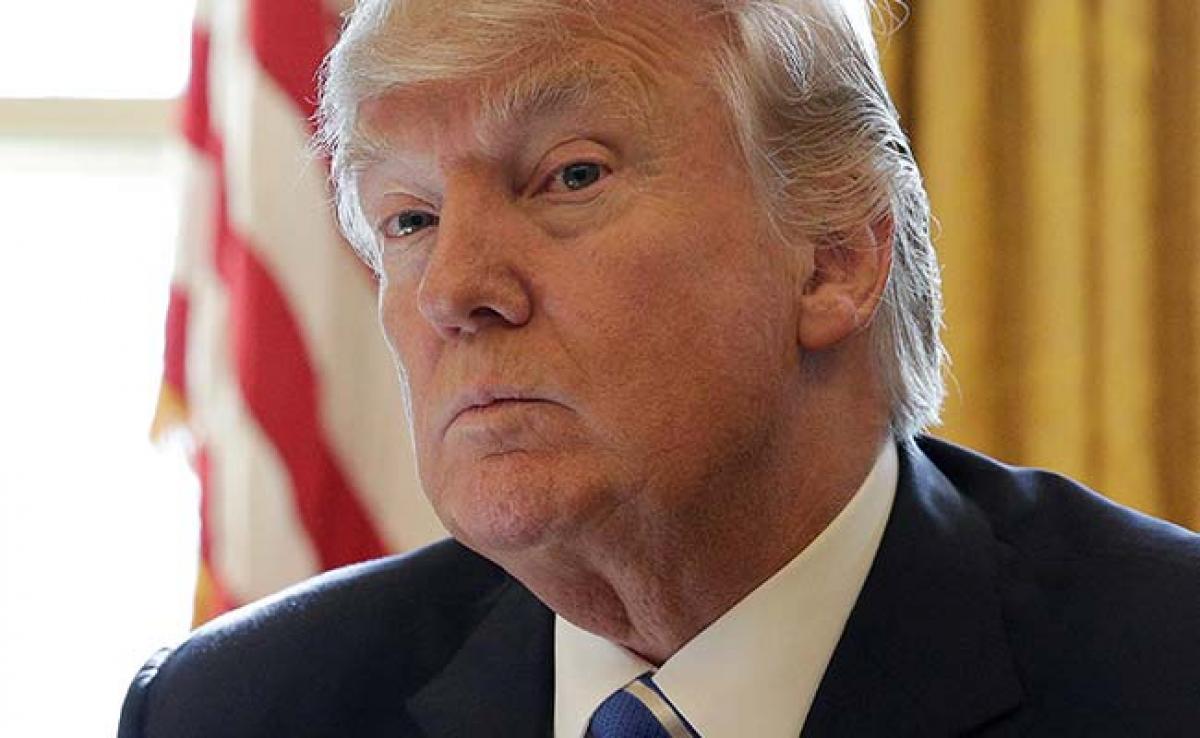 Investors have been waiting for details on Mr Trump\'s election campaign pledge to stimulate US economic growth through spending on infrastructure projects and tax cuts.

US President Donald Trump plans to announce the most ambitious tax reform plan since the Reagan era in the next few weeks, the White House said on Thursday, sending stock prices and the dollar higher on hopes for a cut in corporate tax rates. In a White House meeting with airline executives, Mr Trump promised a "phenomenal" tax plan, but offered no specifics other than citing the need to a lower tax burden on businesses.

"That's coming along very well. We're way ahead of schedule," the president said. "We're going to be announcing something I would say over the next two or three weeks that will be phenomenal in terms of tax and developing our aviation infrastructure."

Despite the likelihood of disagreements in Congress before tax reform can be enacted, the US dollar rose along with bond yields and stocks in response to the news.

Under US law, only Congress can substantively change the tax code, which has not been overhauled thoroughly since 1986. Tax legislation must begin in the House of Representatives.

House Ways and Means Committee Chairman Kevin Brady, a Texas Republican who has been talking to the White House about a tax reform bill, said he was "pretty positive" about Mr Trump's remarks. "We're going in the same direction in a good way," Mr Brady told Fox News.

Both US political parties generally agree on the need for tax reform, but action has been stymied by the complexity of the code which is riddled with loopholes.

Mr Spicer said to expect "a comprehensive plan, something we haven't seen since 1986 ... It's going to recognise the need to give so many working Americans the relief that they need."

"What he wants to do is create a tax climate that not only keeps jobs here but incentivises companies to want to come here, to grow here, to create jobs here, to bring their profits back here."

During last year's election campaign, the president pledged to cut the US business tax rate from to 15 per cent from 35 per cent.

Investors have been waiting for details on Mr Trump's election campaign pledge to stimulate US economic growth through spending on infrastructure projects and tax cuts.

"That was really the crux of the dollar rally shortly after his election, and I think investors are getting really excited about that again," BK Asset Management managing director Kathy Lien said as Mr Trump's comments sent the US dollar to its best one-day gain against the yen in three weeks. Before Mr Trump's comments on Thursday, tax reform appeared to be losing momentum in Congress.

The White House and House Republicans have been in discussions about a House tax reform plan that includes a controversial border adjustment proposal. The measure has come under fire from retailers, oil refiners and automakers who fear its 20 per cent import tax could raise consumer prices.

In a sign of the bumpy road ahead, Republican Senator David Perdue of Georgia called border adjustment "a bad idea" and urged his colleagues in a letter not to support it.

Lawmakers have also been considering ways to upgrade US infrastructure such as roads, bridges, airports and rail systems.

At Thursday's meeting, Mr Trump discussed what he called an obsolete US air traffic control system, as well as out-of-date airport infrastructure, train systems and roads.

He told the executives he was determined to "change all of that" and said they would be very happy with his proposals.

"You people are regulated probably as much as almost anybody, although I can think of a couple of industries that are even worse," Mr Trump said.