About 200 Beached Whales Refloat Themselves In New Zealand 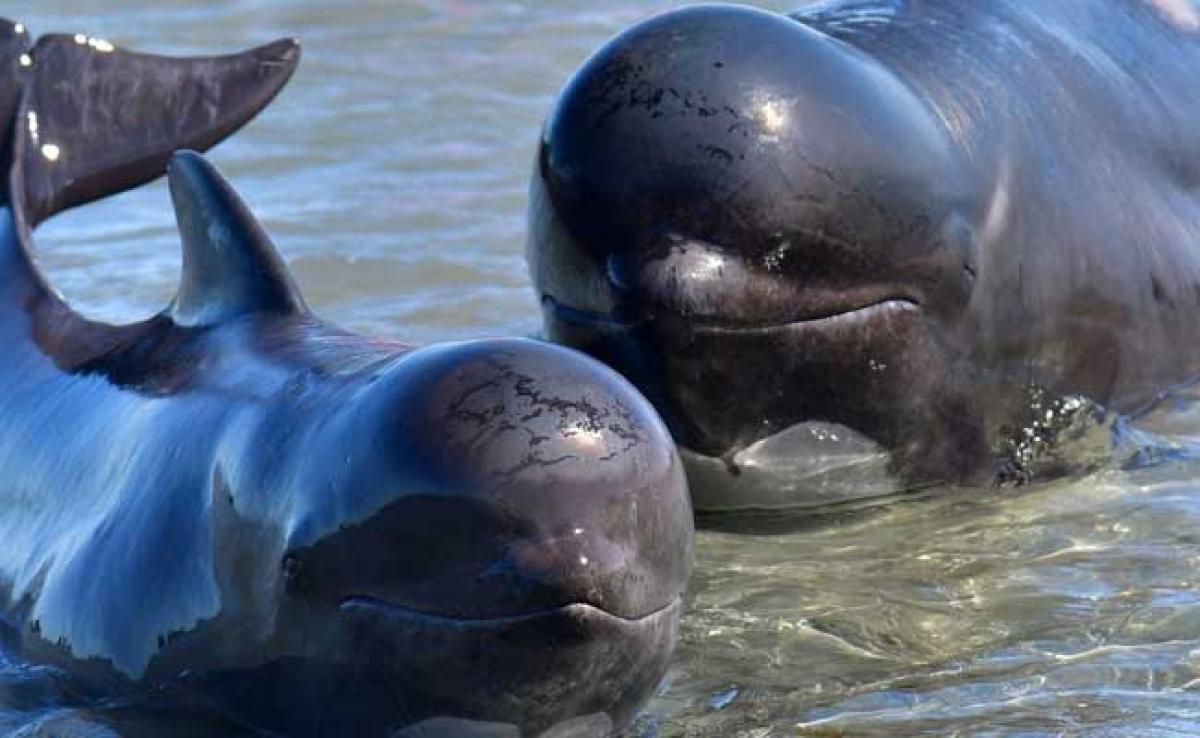 Most of the more than 200 whales who became stranded on New Zealand\'s notorious Farewell Spit on the weekend have been able to refloat themselves, conservation officials said Sunday.

Most of the more than 200 whales who became stranded on New Zealand's notorious Farewell Spit on the weekend have been able to refloat themselves, conservation officials said Sunday.

However they had not left the area and there were fears they could become stuck on the coastline again.

About 17 other whales from the pod which beached themselves late Saturday remain on shore near the carcasses of hundreds of other pilot whales that died in mass strandings over the past three days.

"The 240-odd whales that had stranded between Puponga and Pakawau late on Saturday have mostly refloated themselves on last night's high tide and are milling around in shallow water," Department of Conservation spokesman Herb Christophers said.

"The focus this morning will be to prepare to refloat (the 17) on the incoming tide."

The environmental group Project Jonah, which is assisting with the rescue, has a spotter plane flying over the bay to keep track of the whales.

The latest stranding was a separate pod from the initial group of 400 whales stranded on Thursday night at Farewell Spit in Golden Bay on the northwest tip of the South Island.

The shallow, sweeping spit is believed to interfere with the whales' navigation systems, causing regular mass strandings along its 26-kilometre (16-mile) shoreline.