Iraq: Jihadist-free for months, but this hamlet is yet to recover from ISIS hangover 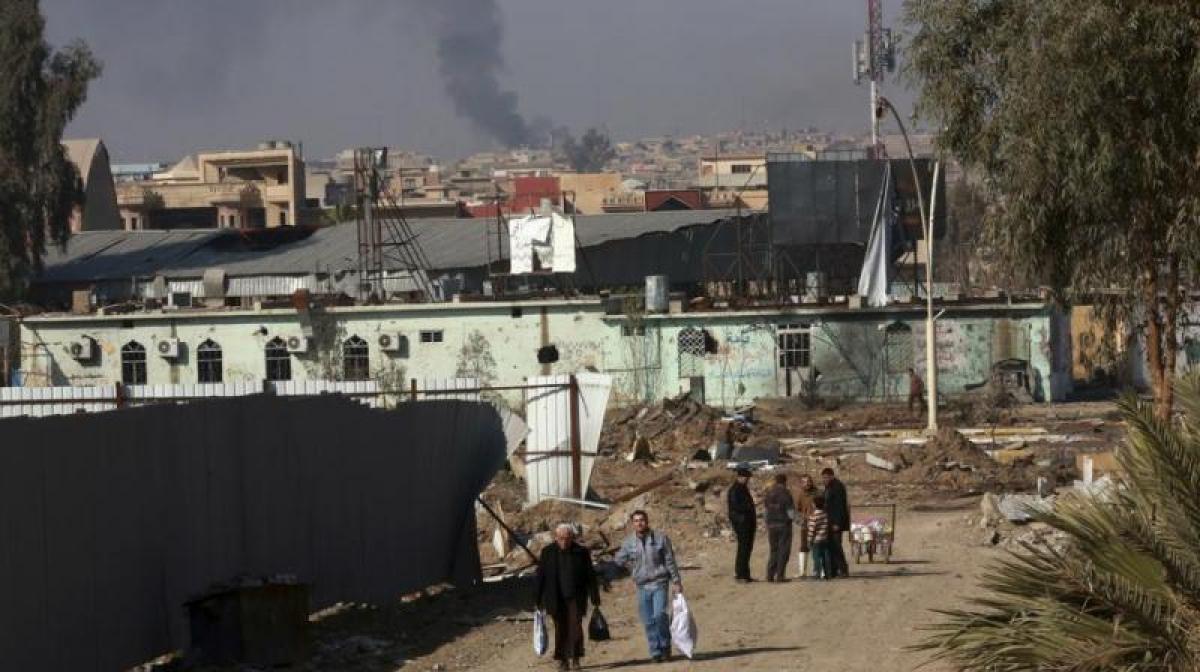 Iraqi forces expelled the jihadists from his town of Bashiqa, about 20 kilometres (12 miles) northeast of Mosul, in December but it was badly damaged and few people have returned.

"Only about 40 families have come back. There's still no electricity nor water and schools haven't reopened yet," Ghanem said in his little shop, wearing the traditional sherwal baggy trousers.

He is a member of the Yazidi minority, which was the dominant community in Bashiqa, before IS swept in two and half years ago.

Known for its ethnic and religious diversity, Bashiqa was also considered an Iraqi alcohol capital of sorts, with its countless outlets and its now defunct distillery producing arak, an anise-flavoured spirit.

Yazidis, who are neither Arabs nor Muslims, are considered worse than heretics by the jihadists, who committed crimes against the minority which the United Nations has described as genocide.

Ghanem and his family, who were displaced for more than a year and a half, did not hesitate to return to Bashiqa and reopen their shop when the Kurdish peshmerga fighters defeated IS and took control of the town.

"ISIS torched my shop, ransacked my house and erased all the alcohol brands on the shopfronts in the name of Islamic values," he said, using an Arabic acronym for IS.

"But when we returned we found recently opened beer cans and bottles of alcohol in our homes, opened packets of cigarettes... The jihadists smoked and drank," said Ghanem.

"Alcoholic beverages account for 50 percent of sales," he said.

Mahmud stays open every day from 8:00 am until 8:00 pm despite the scarcity of customers and freezing temperatures conspiring to make his return to his destroyed hometown even tougher.

"There were dozens of jihadist bodies on the streets. ISIS had booby-trapped our homes and blown up our places of worship. The town walls were covered in slogans to the glory of the Islamic State," said Jalal Khalil.

A significant proportion of the town was levelled by the air strikes a US-led coalition conducted to target IS militants and support peshmerga operations.

Bashiqa's population fled when IS captured the town during on onslaught on northern Iraq in August 2014, allowing both sides to use weaponry that did not leave much standing.

The rubble from demolished homes has been removed from the streets and stacked in tidy piles on the side but most of the vehicles are military or a tractor pulling a tank of water for sale.

"We're from Bashiqa but we're still living in the neighbouring village where we found shelter," said Murad Khairy, an architecture student.

"With a group of friends we come every Friday to look after our town," he said with a big smile as he enthusiastically rolled white paint over an IS wall inscription.At noon, the first clients started arriving at Ghanem's shop.

Nazar Amer, who moved back to Bashiqa with his parents a week earlier, is only 15 but is purchasing six cans of beer to share with his friends.

His eyes stray towards pictures pinned above the door from a 2011 promotional calendar by a major European beer brand showing models in bikinis or underwear striking racy poses.

Ghanem chuckled. "ISIS made sure not to destroy those posters."