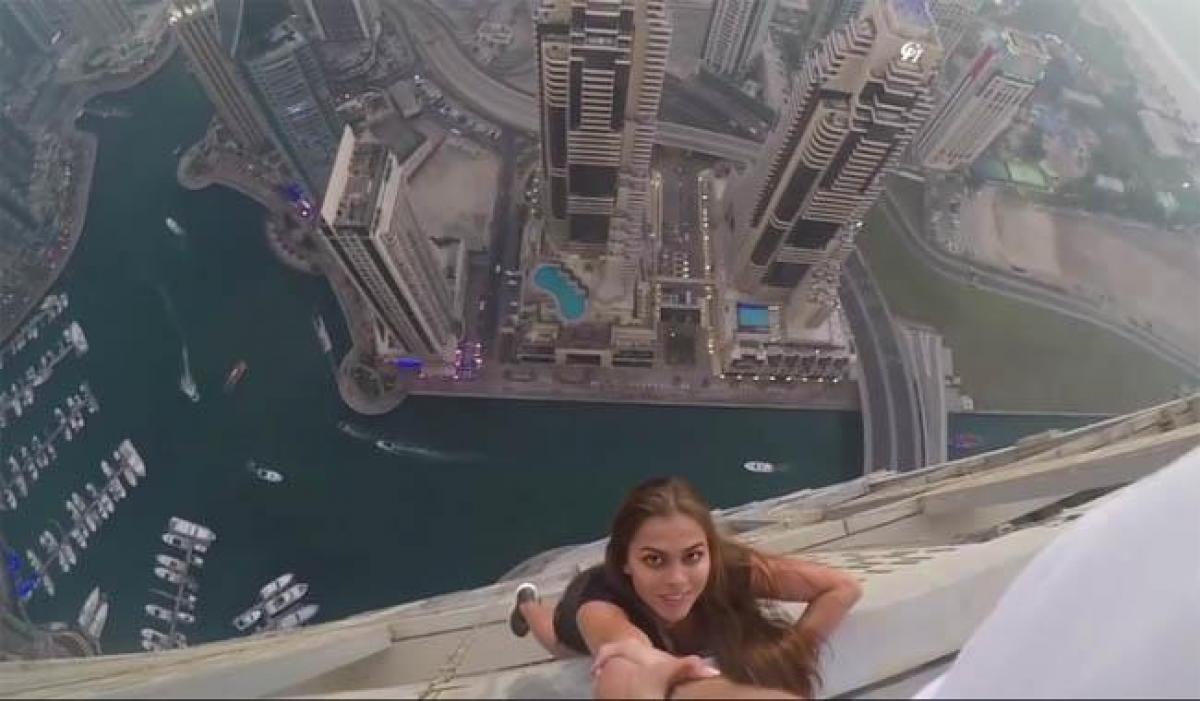 Dubai police have summoned a Russian model who posed for a video while dangling from a skyscraper to sign a pledge not to put her life in danger...

Dubai police have summoned a Russian model who posed for a video while dangling from a skyscraper to sign a pledge not to put her life in danger again, a local newspaper reported on Saturday.

A video of the model, identified by local media as 23-year-old Viktoria Odintcova, went viral after she posted it on her Instagram account earlier in the week.

It shows her stepping off a girder at the top of Dubai's 73-storey Cayan Tower and dangling in the void, held only by a man gripping her hand.

Major-General Khalil Ibrahim al-Mansouri, an assistant to the chief of police in Dubai, was quoted by the Arabic-language al-Ittihad newspaper as saying that Odintcova "had been summoned to sign an undertaking not to repeat any dangerous moves that could endanger her life in Dubai."

"What the young Russian woman had done represents a danger to her life," the newspaper quoted Mansouri as saying.

He said it was important for residents in the Gulf Arab city to avoid practising dangerous hobbies without taking necessary precautions or obtaining prior permission from authorities, the newspaper said.

The video registered more than half a million viewings after it was posted on Odintcova's Instagram account.