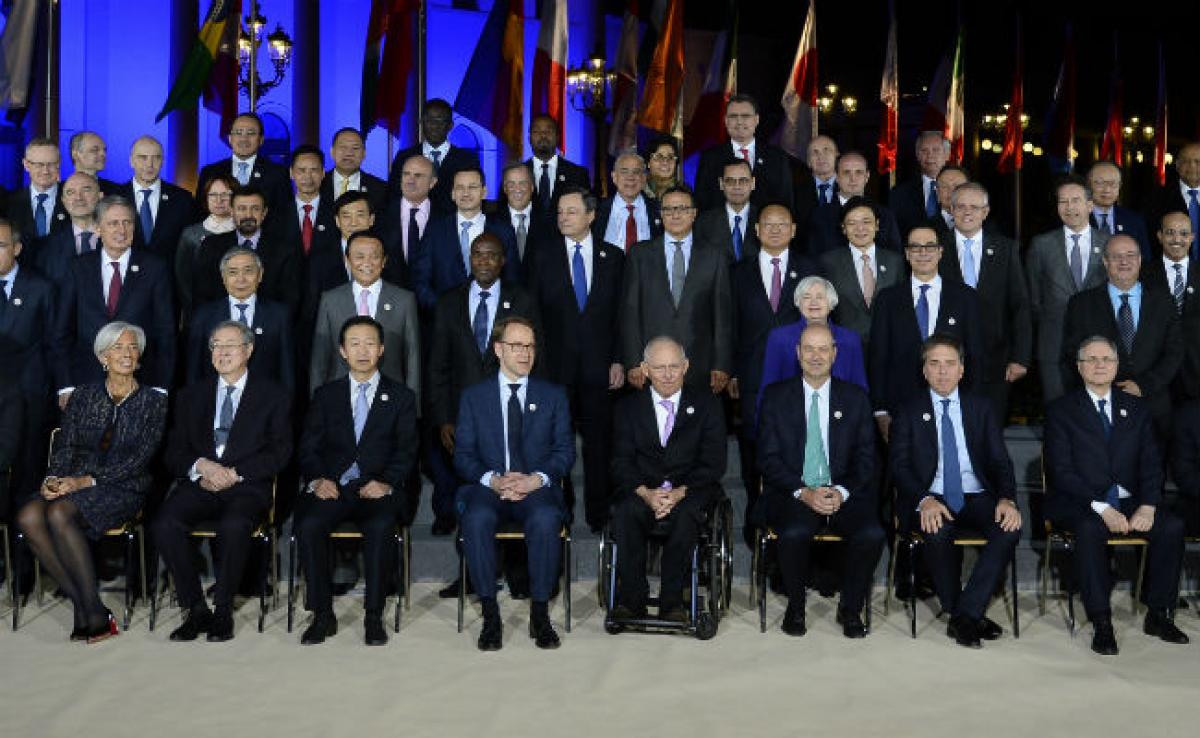 Ministers from the world\'s top economies heralded plans to boost development in Africa on Saturday, at an otherwise fractious G20 gathering in Germany.

Ministers from the world's top economies heralded plans to boost development in Africa on Saturday, at an otherwise fractious G20 gathering in Germany.

Berlin, which holds the presidency of the powerful nations' club this year, has made a hoped-for "Compact with Africa" a top priority for 2017.

In their final communique, G20 ministers committed to "fostering private investment including in infrastructure," aiming at "sustainable and inclusive growth" for the continent.

It was "revolutionary" to see Africa so high on the agenda of the G20 for the first time, said Senegal's Finance Minister Amadou Ba on the sidelines of the conference.

Along with counterparts from Ivory Coast, Morocco, Rwanda and Tunisia, Ba was invited to join the world's biggest financial powers at the table in Baden Baden.

South Africa is the only nation from the continent to hold G20 membership.

"This G20 initiative is well timed with its philosophy of suggesting rather than enforcing, as well as the idea of working together," Moroccan Finance Minister Mohamed Boussaid said, emphasising that it was not an "aid programme".

While the conference has seen bitter wrangling over trade and climate commitments, consensus was easier to achieve on the Africa plan.

The G20 hopes to encourage private investment to build up jobs and infrastructure in African partner countries by offering political support.

Members are, however, offering no financial commitment of their own.

"Africa needs infrastructure, some efforts are already underway and should be sped up. We'll need to step on the accelerator and finally allow our countries to participate meaningfully in worldwide free trade," Senegal's Ba said.

European nations might find fewer African migrants and refugees coming to their shores if populations were able to flourish at home thanks to improved infrastructure, healthcare, and education, he argued.

But the African nations were "not here to lend a hand" to European politicians faced with rising popular disquiet over migration, Ba said.

Instead, they hope for "a win-win partnership" with wealthier countries.

To offer the continent a "hopeful and flourishing future, Africa needs the rest of the world by its side," European Union economic affairs commissioner Pierre Moscovici told AFP.

Before the German plan can be declared a success, G20 countries will themselves have to make financial commitments, said Friederike Roeder of NGO One -- failing that, the plans announced Saturday would remain "insufficient, short-sighted and one-dimensional".

For now, she said, ministers have done little but "reiterate existing plans" concentrating on private-sector investment, even though "these remain countries in need of international aid".

G20 representatives are slated to flesh out the Africa plans at a Berlin conference on June 12 and 13, before a heads of state and government summit in Hamburg in July.

In Baden Baden, there was "a real desire and engagement for this initiative to have concrete results," Morocco's Boussaid said.

Argentina, which will take the baton of the presidency from Germany in 2018, plans to keep the Africa scheme running under its stewardship -- in itself an encouraging sign, Senegal's Ba said.