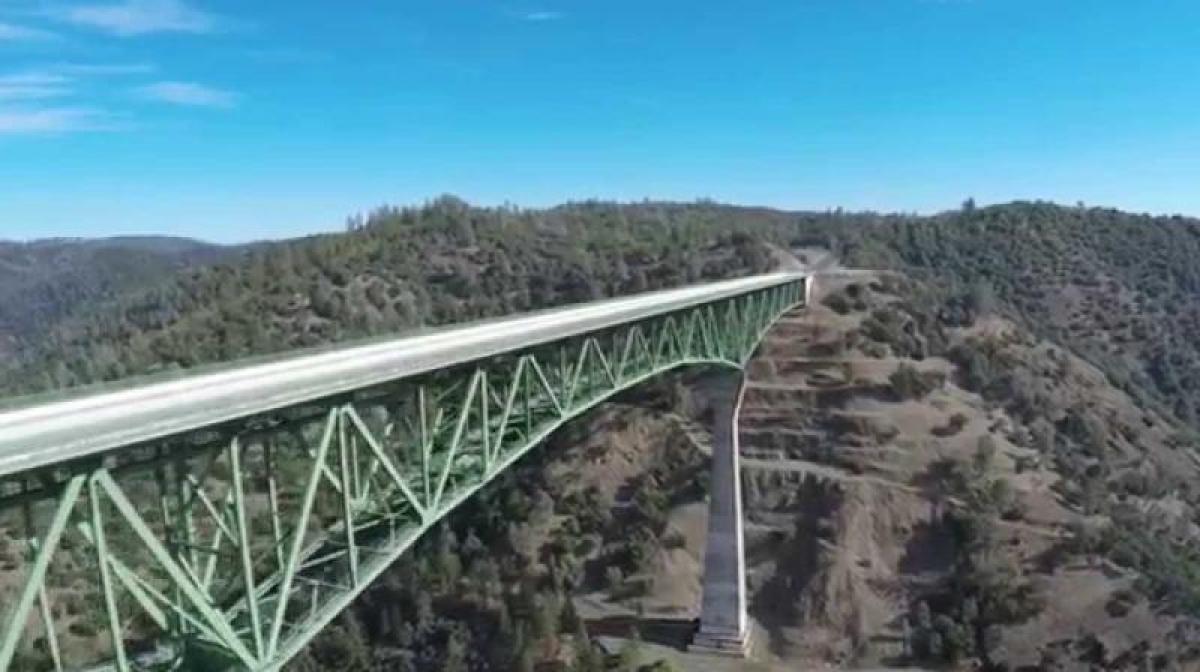 A woman fell 60 feet from one of the US\' tallest bridges while taking a selfie but miraculously survived after landing on a trail below.

A woman fell 60 feet from one of the US' tallest bridges while taking a selfie but miraculously survived after landing on a trail below.

The Sacramento-area woman was expected to survive after she fell 60 feet off the restricted area of the Foresthill Bridge near Auburn, California, while trying to take a selfie, the Placer County Sheriff's Office said.

Paul Goncharuk, a friend of the woman, told CNN affiliate KOVR that "she was knocked unconscious, suffered a deep gash to her arm and fractured bones that will require surgery."

Paul Goncharuk also confirmed that "they were taking a picture on the bridge, and then the big bolts that are holding the beams together, she stepped on them kind of weirdly and lost balance and fell backwards."

Police in a California county put out a Facebook post after she fell, warning camera-toting thrill seekers that, "You can lose your life and none of that is worth a selfie!"

The woman, whose identity has not been revealed, and a group of her friends were walking on the catwalk underneath the bridge when she tried to take a selfie and fell 60 feet onto a trail below, the sheriff's office said.

She was airlifted to Sutter Roseville Medical Center for treatment.

The walkways under the bridge were closed to the public, and it was illegal to walk on them, according to the sheriff's office. Anyone seen on the catwalks could be cited or arrested if they were found in any closed area.

"This young lady is very lucky to be alive and the consequences could have been worse for her, her friends and her family," the Placer County Sheriff's Office wrote on its Facebook page.

The bridge's off-limits underbelly seems to be a popular, but dangerous spot for social media posting. Police have started patrolling the area after a series of pictures and videos of people dangling from walkways under the bridge.