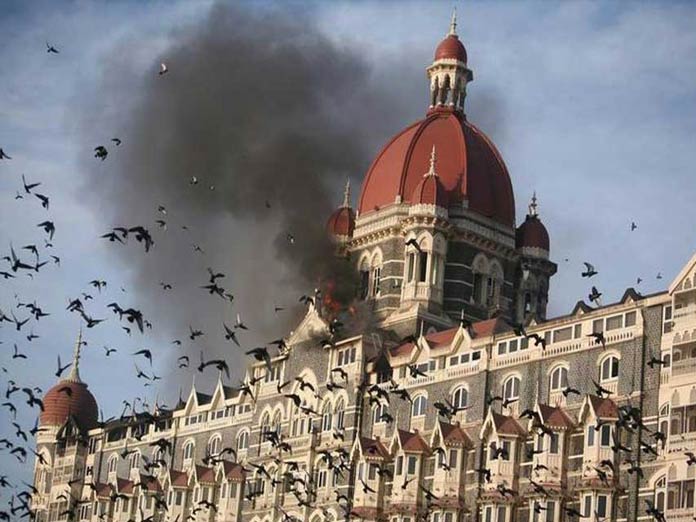 Islamabad A Pakistani has temporarily halted the hearing of the 2008 Mumbai attack case to let the prosecutor produce more witnessesTen LashkareTaiba LeT terrorists had sailed into Mumbai from Karachi and carried out coordinated attacks, killing 166 people and injuring over 300 in November 2008

Islamabad: A Pakistani has temporarily halted the hearing of the 2008 Mumbai attack case to let the prosecutor produce more witnesses.

Ten Lashkar-e-Taiba (LeT) terrorists had sailed into Mumbai from Karachi and carried out coordinated attacks, killing 166 people and injuring over 300 in November 2008.

The trial, underway in an anti-terrorism court in Pakistan against seven activists, has made little headway in more than 10 years as the Pakistani establishment has been claiming lack of enough evidence against them.

The Express Tribune reported that the court initially granted one week stay in trial of the Mumbai attack case to let the prosecutor to summon some of the 19 witnesses for testimony.

During the hearing, FIA prosecutor Akram Qureshi appeared in the court.

Justice Kiyani remarked several witnesses were not appearing due to fear and the whereabouts of some others were unknown.

The FIA prosecutor told the bench that many witnesses had been traced out. Justice Kiyani inquired if those witnesses will appear in the court to which Qureshi said some of the witnesses have been traced and they are ready to appear before court.

Justice Amir Farooq inquired about the next date of hearing in the trial court. The FIA prosecutor replied the case is set for hearing on Wednesday (January 23) in the anti-terrorism court (ATC), while requesting for a stay on the hearing.

The court accepted the request and suspended proceedings of the ATC till the next week. The court directed the registrar to set the hearing of the case in the next week.

Except Lakhvi, the other six are kept in the high-security Adiala Jail in Rawalpindi.