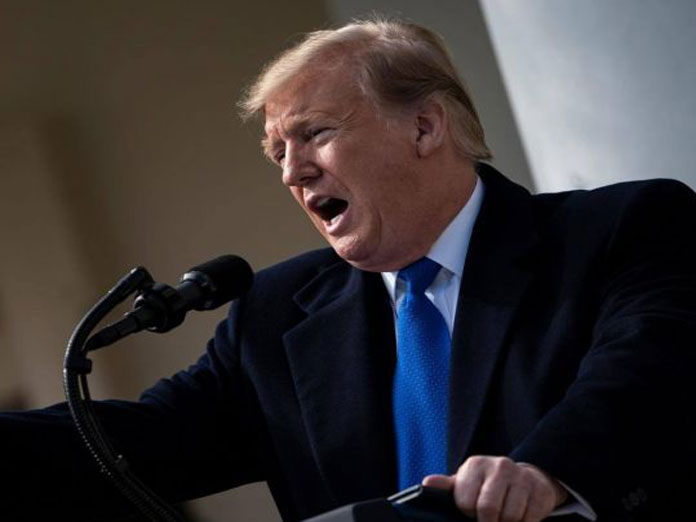 Washington: United States President Donald Trump has made the case that he deserves to be awarded the Nobel Peace Prize for his work on North Korea and Syria but complained he probably would never get the honour.

Trump capped off a rambling Rose Garden news conference with a well-oiled gripe that former Democratic President Barack Obama, a nemesis, won the Nobel Prize in 2009, just months into his first term in office.

"They gave it to Obama. He didn't even know what he got it for. He was there for about 15 seconds and he got the Nobel Prize. He said, 'Oh, what did I get it for?' " Trump grumbled. "With me, I probably will never get it."

Trump claimed he saved three million people living in Syria's rebel-held Idlib region from being killed after he warned Russia, Iran and the Syrian government against a planned offensive. "Nobody talks about that," he said.

He said Japanese Prime Minister Shinzo Abe had given him "the most beautiful copy" of a five-page letter in which Mr Abe nominated him for the Nobel Peace Prize for opening talks and easing tensions with North Korea.

"You know why? Because he had rocket ships and he had missiles flying over Japan," Trump said. "Now, all of a sudden, they feel good. They feel safe. I did that." He added that the Obama administration "couldn't have done it".

The White House declined further comment on Trump's claim that Abe had nominated him, and a spokesman for the Japanese embassy said
he had no information about such a letter.

However, sources in the Japanese government said, “Abe nominated Trump for the Nobel on the US government’s ‘informal’ request to Tokyo to nominate Donald after he met with North Korean leader Kim Jong Un in Singapore in June, the first-ever summit between the two countries.

South Korean news media also reported on Trump’s comments about Abe nominating Trump. Many reports also speculated that it must have been Moon, not Abe, who recommended Trump to the committee.

The deadline for nominating candidates for the prize is February every year. College professors and members of the parliament in each country, as well as former Nobel laureates, are eligible to recommend candidates.